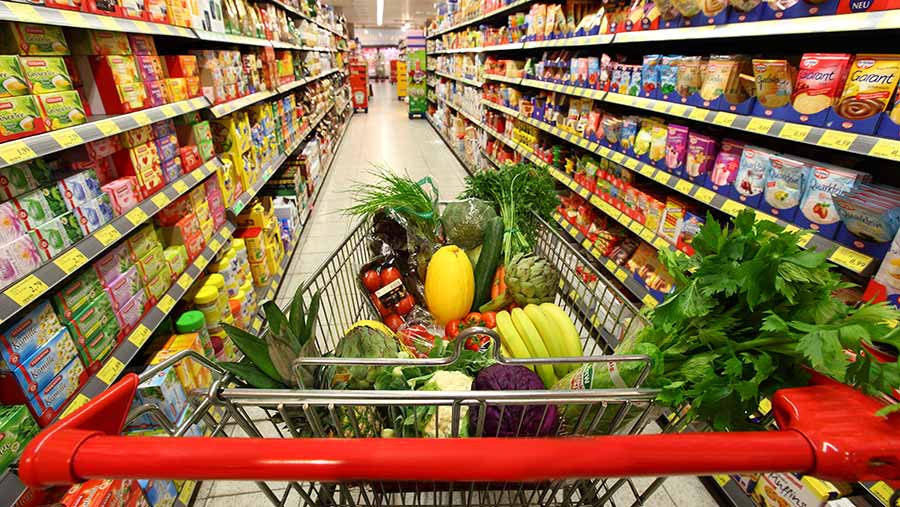 Food and farming leaders have urged prime minister Theresa May to secure a post-Brexit free-trade deal between the UK and the European Union.

A bilateral free-trade agreement with the EU that delivers two-way tariff-free trade is vital to avoid costly customs duties, the prime minister has been told.

The warning comes in a joint letter signed by the NFU, the Food and Drink Federation (FDF) and the British Retail Consortium (BRC) on Monday (27 March).

The Article 50 process that will see the UK leave the European Union is expected to be triggered by Mrs May on Wednesday (29 March).

The three organisations say they are committed to ensure that post-Brexit domestic food production is competitive, profitable and fully meets the demands of British consumers.

However, the letter warns: “Nevertheless, we cannot operate in isolation.”

It adds: “Our farmers need imported feed and inputs and they need access to other markets for their products, especially where demand for these in the UK is insufficient.

“Our food and drink manufacturers rely on exports to grow their businesses and imports to complement their use of domestically produced ingredients and raw materials.

“Our retailers need access to a full range of goods all year round to balance seasonality and meet consumer demand.”

The letter says the UK food supply chain employs 3.9 million people from farming through manufacturing to retail and food service – generating a total of £108bn in value.

And it calls on the government to adopt an approach that will ensure stability and continuity for UK agri-food and drink businesses.

First, says the letter, the prime minister must ensure a smooth and orderly Brexit.

This should include transitional arrangements that maintain frictionless trade in goods between the UK and the EU, avoiding costly and disruptive customs checks, processes and procedures.

In the medium term, the letter says customs duties must be avoided by securing an ambitious bilateral free-trade agreement with the EU that delivers two-way tariff-free trade

Establishing the UK as an independent member of WTO will provide continuity and predictability by adopting the EU’s current schedule of Most Favoured Nation bound tariff rates, it adds.

The letter also calls on the government to secure the benefits of existing EU preferential trade arrangements, including the UK’s fair share of tariff rate quotas for agricultural imports.