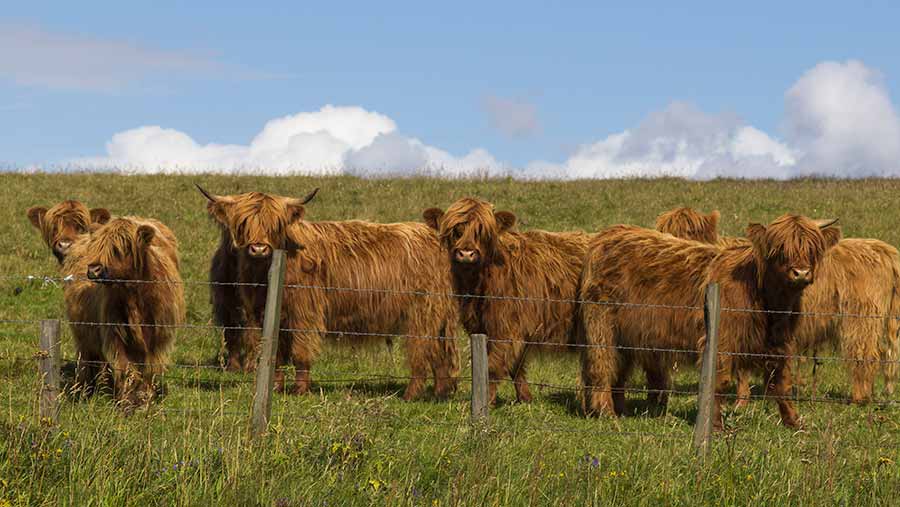 Farmland could be abandoned in the Scottish Highlands and Islands because of the challenges posed by Brexit, warns a report.

Scottish farmers and crofting communities are likely to face major upheaval because of the UK’s decision to leave the European Union, says the study.

The report looks at the likely effects of different Brexit scenarios on the economy, local communities, wildlife, the environment and sectors such as tourism.

These trends will have negative effects on environmental land management – as well as on sectors such as food and drink and tourism, it suggests.

Future policy and funding will need to respond to these challenges and reflect the distinctive needs and contributions of the region, says the study.

The report was commissioned by the Highlands and Islands Agriculture Support Group (HIASG), which comprises five local authority councils and RSPB Scotland.

It is calling on the Scottish government to ensure that future farming, land management and rural development policy after Brexit is properly targeted to support local communities.

HIASG chairman Douglas Irvine, who is also economic development manager for Shetland Islands Council, said the government should give farmers and crofters time to adapt to change.

“This report is a wake-up call and shows how important farming and crofting is to the economy, people and environment of the Highlands and Islands, but also how vulnerable it is,” he said.

“The challenges faced here look set to increase rather than diminish.”

The work was carried out by consultants Andrew Moxey of Pareto Consulting and Steven Thomson of Scotland’s Rural College (SRUC).

It was presented at an event in Ediburgh attended by Scotland’s rural cabinet secretary Fergus Ewing on Monday (14 May).

Mr Ewing said the report highlighted the distinctive challenges of farming in the Highlands and Islands, both in terms of the land and those available to work it.

“It confirms what I have been saying ever since the Brexit referendum – that Brexit is going to be the biggest challenge that the industry and rural communities has faced for generations.

“It is therefore vital that the special circumstances of the Highlands and Islands are not ignored, and that their unique social, economic and environmental conditions remain supported.”

Just over two-thirds of Scotland’s high nature value farmland is located in the Highlands and Islands region, where agriculture is mainly extensive, small-scale farming and croft-based.

The region has a high share of sites designated for their national and international environmental importance – making it a destination for tourists as well as wildlife.

Vicki Swales, head of land use policy for RSPB Scotland, said traditional farming and crofting practices had helped to create a region of enormous environmental importance.

The Scottish government should ensure that the environmental land management carried out by farmers and crofters was properly supported and rewarded.

A recent public poll showed overwhelming support for farmers being paid for managing their land in ways that were good for wildlife, water quality and the environment, said Ms Swales.

She added: “The Highlands and Islands are well placed to benefit from such an approach.”