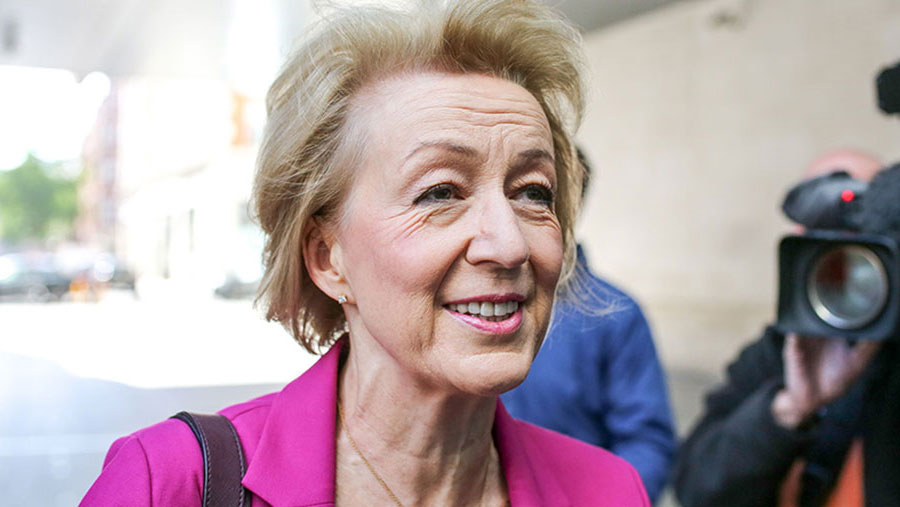 The appointment of Andrea Leadsom as Defra secretary is an intriguing decision by new prime minister Theresa May.

At first glance, it would appear to continue a common theme of promoting pro-Brexit campaigners to prominent roles in the Cabinet.

Mrs Leadsom sparked controversy this week when she appeared to suggest that being a mother-of-three meant she would be more qualified to be a successful PM than Mrs May.

But she later apologised for her comments, saying they were not intended to cause any offence, and withdrew from the leadership race on 11 July.

Farmers will be keen to know what they can expect from Mrs Leadsom, who has made no secret of her desire to abolish direct support payments.

During her campaign for PM, she made much of her “25 years in financial services” before she became an MP.

She will need to call on all of that experience to work out the dilemma of how to replace the £2.4bn – £3bn that UK farmers currently receive under the CAP, and carve up post-EU subsidies for farming in a new British Agricultural Policy (BAP).

During a recent lively EU referendum debate at the London Palladium, Mrs Leadsom aired her views on farm subsidies.

“So farmers, yes, they are supplicants asking for roughly 50% of the money they paid over in the first place.”

Mrs Leadsom has also hinted that direct subsidies will be scrapped after two years, so farmers will be deeply concerned that the Vote Leave campaign’s pledges to support farming “to the same extent” in the event of a Brexit may not be fulfilled.

On voting to leave EU, Mrs Leadsom said the UK government would “absolutely continue in the short term to provide these subsidies while we think about what makes sense… and some of the things that would make sense would be environmental trading credits.”

It is also highly likely that farmers will be made to work harder for their money by the introduction of policies that require taking out environmental measures on farm.

“At the moment you have farmers who have to do a bit of environmental planning and a bit of farming just to meet EU requirements,” said Mrs Leadsom.

However, there may be causes for optimism.

Writing in 2007, Mrs Leadsom said British farming was in decline under a Labour government, capital income and farm wages were falling and there was a “huge disparity between successful and failing farms”.

However, she wrote about the opportunity for a “great revival of British farming”, noting “some big changes are taking place”.

Mrs Leadsom wrote about the idea of promoting British produce in bespoke supermarket aisles, launching a campaign for home-grown food to “perhaps promote a ‘marque’ that all ‘healthy British food’ carries on the label”.

She concluded: “The government has to help too… Labour seems only to want British farmers to keep the hedgerows tidy and ensure there are butterflies and frogs around for their annual nostalgic trips to the countryside.

“The fact is, British farming will cease to exist if it is forced to become merely an extended form of landscape gardening.

“Government must help by providing a level playing field. Imported food must meet the same stringent health and animal welfare standards of British food. Subsidies must be abolished.

“The trade descriptions legislation that enables the country of origin to be shown as the last country in which food was processed must be changed.”

So, there will be no more “Trussisms”, not in relation to food and farming anyway.

Today is a new dawn and farmers will be expecting Mrs Leadsom to work hard to negotiate farming policies and a successful post-Brexit relationship with the EU that ensures the best deal for the agricultural industry.