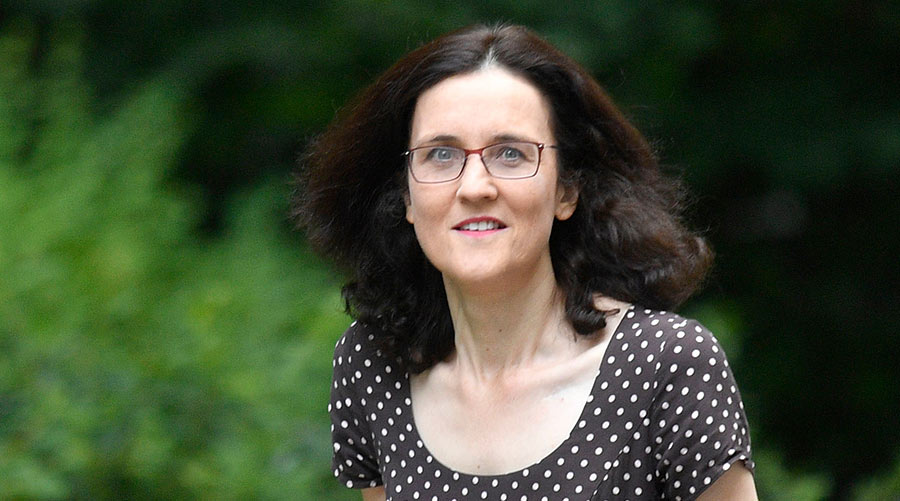 The UK must leave the European Union on 31 October with or without a deal, Theresa Villiers has said.

Ms Villiers gave her first speech as new Defra secretary since taking over the role from Michael Gove at the Countryfile Live event on Thursday (1 August).

In a wide-ranging address at Blenheim Palace, she gave her views on a number of farming and rural issues.

Ms Villiers acknowledged that Brexit had created divisions, but she said the UK must leave the EU on 31 October whatever the outcome of negotiations.

“Whatever course we take it will involve controversy, but I firmly believe we need to get on with it, to get it done and to leave by 31 October,” she said.

“The prime minister [Boris Johnson] is clear that he wants a deal agreed and will be doing everything he can to try to achieve that.

“But he is equally clear that the time for delay and division is over.

“So that is why he has massively stepped up preparations for leaving on 31 October whether an exit treaty is agreed or not.”

As the UK nears exit day, Ms Villiers said the government was giving the “very closest attention” to the interests of food and farming businesses.

She said Brexit would open up opportunities for the UK government to regain the freedom of our own laws and push forward with a new independent trade policy.

“I want to see our farmers released from the appalling complexity, rigidity and bureaucracy of the CAP,” she added.

“So we will press ahead with a new system of support that rewards farmers for environmental stewardship and improving the health and welfare of animals and helps them become more productive, more competitive and more successful.”

The new approach, as set out previously by Michael Gove, will be based on the principle of paying farmers “public money for delivering public goods”.

Ms Villiers said the new agricultural policy “will be designed for our domestic needs and underpinned by a reformed and proportionate approach to regulation and enforcement”.

She added: “As well as securing vital goals in terms of our environment and animal welfare a core aim is to provide a stable platform for our producers to thrive and to seize the opportunities provided by Brexit to sell our fantastic food into new markets all around the world.”

We're looking forward to working together to restore our environment for future generations #NatureNeedsMe pic.twitter.com/zyOEcGHKMr

Finally, Ms Villiers said she had received a letter from Emma Howard Boyd of the Environment Agency and Tony Juniper of Natural England, urging the country to lead the world in switching to a new greener, more sustainable, economy.

They wrote: “If we invest in nature and climate, we know it will increase long-term stability for health, security and prosperity.

“This is the new reality and present imperative… not an optional ‘green choice’ that we can only afford in good times.”