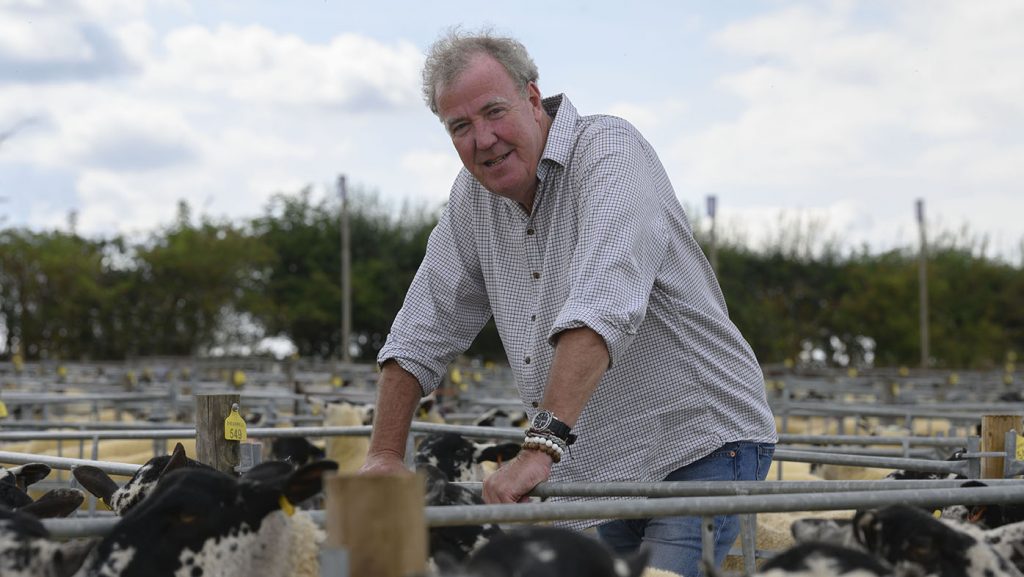 Thousands of farmers will be ‘screwed’ when the basic payment is phased out, says outspoken TV presenter Jeremy Clarkson.

Best known for the TV programme Top Gear and The Grand Tour, Mr Clarkson has been filming for a new Amazon Prime series about his own farm, called I Bought a Farm.

“British farmers will be asked to compete on the world stage, with no financial help, while having both hands tied behind their backs by red tape,” he said.

“Even now, I cannot sell a lamb I delivered and reared on my own farm in my own farm shop for less than you’d pay for a New Zealand lamb in the supermarket.

“When the basic payment scheme for farmers is phased out, I’ll be even more screwed. So will many thousands of others.”

Only 22 Conservative MPs voted in favour of an amendment to the Agriculture Bill that would have banned imports of chlorinated chicken and hormone-fed beef.

They included chancellor Rishi Sunak, but Mr Clarkson said it was later suggested he had been muddled by the technology and pressed the wrong button.

“In the end, only 22 Tories voted in favour and, as a result, the amendment failed.”

Some people will probably welcome this, said Mr Clarkson.

“They will watch the brambles proliferate on uncultivated fields, note how nature has begun to blur humanity’s boundaries and feel warm and fuzzy.”

But Britain produces only 60% of the food it needs.

Mr Clarkson said anyone worried about the UK’s self-sufficiency falling further should contact the government to make their feelings known.

The government intends to phase out the basic payment scheme over seven years, replacing it with a new scheme based on environmental payments instead.

Defra has said it is transforming British farming to protect the environment for future generations, but also ensure it can remain productive and competitive.

It says its future farming policy will provide investment so farmers can continue to produce high-quality food while reducing their environmental impact.

It says the Agriculture Bill sets out our plans to reward farmers for enhancing our natural environment and safeguarding the nation’s high welfare standards.