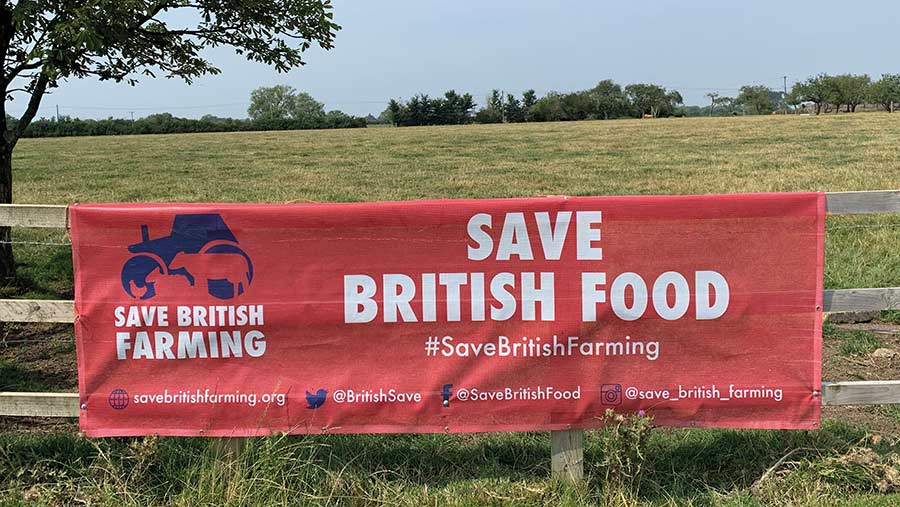 A former NFU chief economist has warned that one in three farms could be driven out of business within five years in the event of a no-deal Brexit.

Sean Rickard said half of all farms were already unprofitable – and would be even less so after the government phased out direct payments to growers and livestock producers.

The situation would deteriorate further with no deal, he added.

“It is very, very difficult to be precise, but I would be prepared to say that in the event of no deal, you would lose at least one-third of farmers and probably more,” said Mr Rickard, who was NFU chief economist from 1987 to 1995.

Mr Rickard was speaking at a media briefing organised by the Save British Farming campaign group.

It says the likelihood of the UK leaving the EU without a deal and reverting to World Trade Organization tariffs is an “increasing reality”.

The farms most at risk were smaller, full-time producers already “hanging on” with direct payments due to be phased out from next year, said Mr Rickard.

Rather than supporting farmers based on the area of land farmed, the ELM scheme will reward producers who undertake environmental work.

It will include measures to enhance soil health, protect wildlife and help mitigate climate change.

Rutland grower Andrew Brown said his 248ha farm at Caldecott, near Uppingham, was among the most vulnerable.

Already in environmental stewardship, it was too small to justify an extra employee so Mr Brown could take an off-farm job to supplement his income.

“We have been farming in this area for about 300 years,” said Mr Brown.

“We have survived two world wars, recessions and previous pandemics – and this could be the end of it.”

The warning came as MPs returned to parliament on Tuesday (1 September) ahead of a crucial four months of Brexit talks.

Westminster and Brussels have until the end of the Brexit transition period on 31 December 2020 to secure a trade agreement.

The NFU is urging parliamentarians from all parties to sign a pledge to support British agriculture.

NFU president Minette Batters has repeatedly said a no-deal Brexit would be catastrophic for UK farmers.

With the equivalent of 4m sheep exported to the EU annually, the union says lamb would be among the hardest hit.

Defra has previously dismissed suggestions that thousands of farms will go bankrupt as a result of no deal.

It has promised to implement contingency plans to minimise any disruption, including direct support to some farm sectors in the event this is required.