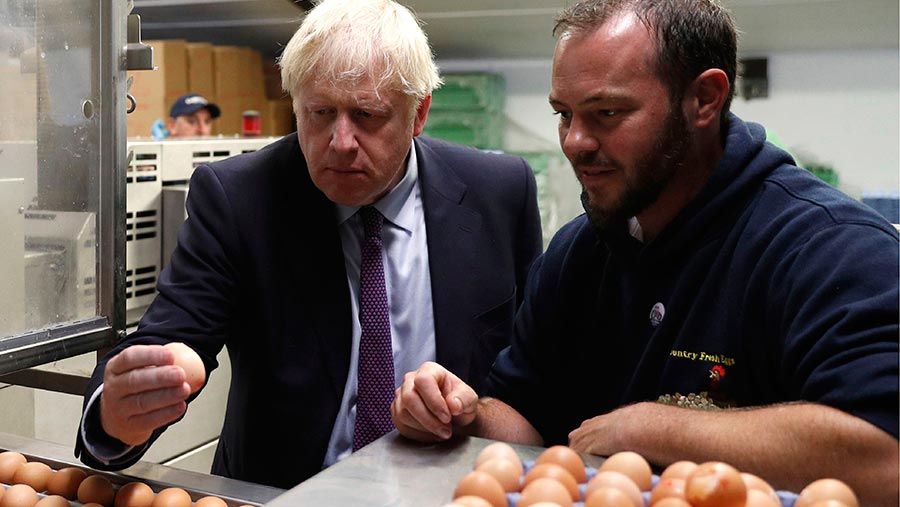 The government is considering buying up finished livestock if European demand collapses because of high tariffs following a no-deal Brexit, according to a media report.

The Times has claimed that former Defra secretary Michael Gove, now leading preparations for a no-deal, is drawing up plans to potentially buy lamb and beef at set prices after the end of October.

The report suggests the commitment could cost the Treasury about £500m a year and says the scheme could be extended to some arable crops.

The claim coincides with Boris Johnson’s visit to a Welsh farm on Tuesday (30 July), when the Prime Minister pledged that British farmers would be better off if the UK left the EU, even without a deal.

“I will always back Britain’s great farmers and as we leave the EU we need to make sure that Brexit works for them,” he said.

“Once we leave the EU on 31 October, we will have a historic opportunity to introduce new schemes to support farming – and we will make sure that farmers gets a better deal.”

Farming leaders, however, have warned about the risks of a no-deal exit, with Helen Roberts of the National Sheep Association in Wales saying it would be “absolutely catastrophic” and calling on the Prime Minister to “stop playing Russian roulette” with the industry.