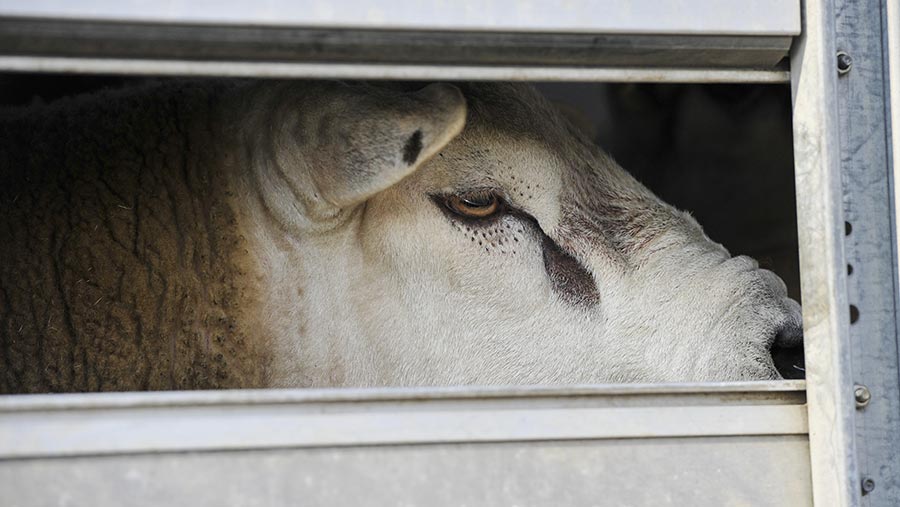 An overwhelming majority of British consumers believe British farming standards must not be undermined by cheap food imports post Brexit.

A ComRes survey of 2,000 adults, carried out on behalf of the British Guild of Agricultural Journalists (BGAJ), found huge support for British farming and its high food standards.

The poll found 84% support the view that imported food must at least match the same high animal welfare and environmental standards as that produced in Britain.

The study, carried out in September, found that more than half of adults (53%) would not buy imported food that compromises animal welfare standards, even if it is cheaper.

In addition, almost two-thirds of respondents (62%) agreed that UK farmers should receive support from taxpayers to ensure a continued supply of homegrown food.

The results of the study come at a time of great uncertainty for British farmers and the future of the UK agricultural industry, which is threatened by the prospect of free trade deals opening up the floodgates to cheap imports.

British standards of food and farming are among the best in the world thanks to decades of progression in the areas of production that matter most to consumers.

However, many countries which can produce food more cheaply than Britain often use production methods which are illegal here and across Europe.

For example, in the US, chlorine-washed chicken and hormone-injected beef are produced. There is growing concern that if the UK government signs a free-trade deal with the US, these foods could flood the market and threaten the future of British farmers.

Prime minister Boris Johnson and US president Donald Trump met in New York in September to discuss the prospects of a free trade deal after Brexit.

Mr Johnson has insisted that any future UK-US trade deal must “not in any way prejudice or jeopardise our standards on animal welfare and food hygiene”.

But critics have raised concerns that the PM could be seeking to push through a quickfire trade deal with the US, which could undermine UK food standards by removing protections installed by parliament earlier this year.

The Queen’s Speech revealed that Mr Johnson is seeking to introduce a new trade bill, rather than rolling over the trade bill from the last session before parliament was prorogued.

The previous trade bill was given full scrutiny of both parliament and the House of Lords. The bill was substantially changed by Lords and ministers were forced to guarantee that any new trade deals do not lower UK standards.

Crucially, peers pushed through amendments to the bill that would prevent ministers pursuing trade deals post Brexit without a vote being passed in parliament.

But the Department for International Trade (DIT) played down reports that the UK government was seeking to water down standards in trade deals.

A DIT spokesperson told The Independent: “We have been clear that we will maintain our high standards including on environmental standards when we leave the EU and negotiate new trade deals around the world.

“The work of the House of Lords will be taken into account when preparing new legislation to ensure we provide continuity for both businesses and consumers that trade across the globe. This will of course be subject to scrutiny in both houses.”

BGAJ president Rosie Boycott said the results of the ComRes demonstrated an overwhelming strength of feeling from the public that the government must uphold the high standards of British farming in any trade deals post Brexit.

Baroness Boycott said: “With Brexit on the horizon we’re on the brink of potentially seeing lower quality food imports flooding into the country.

“The survey resoundingly shows there’s no appetite for it and it’s the responsibility of government and the entire supply chain to put safeguards in place to protect both British farmers and the consumer, whose heads may still be turned by attractive price deals in tough economic conditions, despite how they have responded.”

Responding to the survey, Tim Lang, professor of food policy at the University of London, said: “An overwhelming 84% want imported food to be of the same standard as home-produced food. Gung-ho supporters of yoking the UK to the USA post-Brexit should note this.

“The survey suggests the UK public almost certainly recognises the need for UK farming to tick lots of boxes. It’s got the message that farming is multi-functional. But have the politicians?”

The UK government has appointed businessman Henry Dimbleby, co-founder of the Leon restaurant chain, to lead a major, independent review of the UK food system –the first in 75 years.

A call for evidence has been opened by the government to farmers, consumers, food producers, scientists and academics alike, which asks how food should be produced, sold and consumed in future.

The NFU says a national food strategy is long overdue and British farmers’ must be given the right support to deliver safe, traceable and affordable food for the nation.

“The government, through this national food policy, has to ensure that British farming standards are not undercut by an ambition to open up British markets to food that would be illegal to produce here,” said NFU president Minette Batters.

“The fact the majority of adults believe we should receive government payments in return for British food security suggests to me that people value their British food supplies more than I would have ever believed. To feel appreciated is a wonderful thing.”

“This survey shows that the British public want our farmers to maintain that high quality of welfare and environmental work that we strive to do.”

Stephen Ware, poultry and horticulture, Herefordshire, said: “We have no choice but to ride the Brexit wave and wait to see where it washes us up.

“Yet as an industry that cannot react quickly to the potential upsides of Brexit, we stand the risk of being sold down the river in some hastily negotiated trade agreements.”

“It is encouraging to see support for the good work agriculture is doing for the UK, both in terms of food production, environmental care and renewable energy production.”

“This report is very positive for the industry and the general support for themes of the responses bode well for attitudes of consumers. But I hope this in turn will be reflected in the purse when they are shopping.”

“Having your cake and eating it comes to mind, as food, sadly is not a stand-alone commodity in global trade. Keywords are ‘US trade deal’ and ‘price at point of purchase’.”

“What people say when being surveyed and what the reality is are two completely different things, although I do believe that generally the British public are supportive of farmers as the results show.”