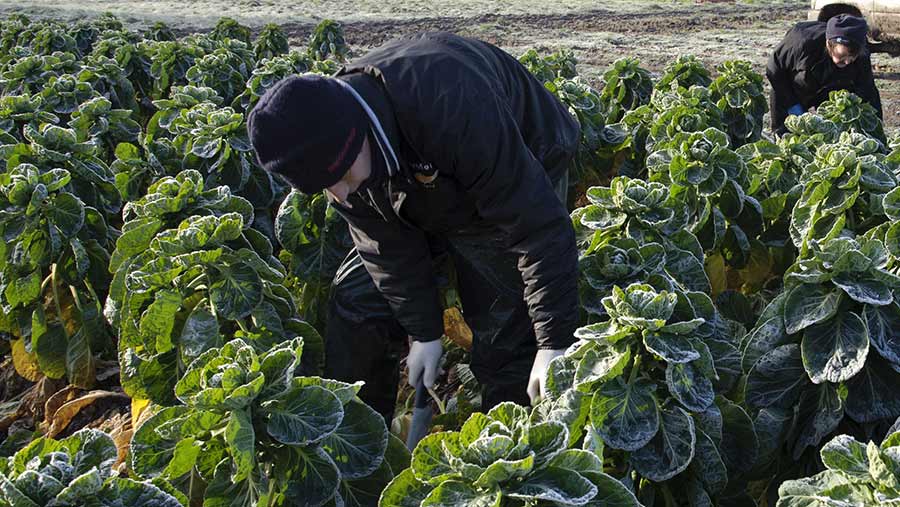 “Brexit offers them a golden opportunity to do something about the sector’s relatively poor levels of productivity. They could start by offering decent wages and improved working conditions.”

In a newly issued briefing paper, the organisation says there are 1.6 million unemployed in the UK, and another 1.2 million part-time workers who would like to increase their hours.

But farm wages are about a third less than overall average wages, which puts people off working in the sector.

But the NFU says it is “surprised” by Migration Watch UK’s concerns “as, for decades, seasonal workers have come in to pick fruit and veg and gone home again”.

“Seasonal workers in our sector are not an immigration issue,” said NFU horticulture board chairman Ali Capper.

The NFU also suggests workers are actually relatively well paid compared with other skilled and semi-skilled jobs, earning up to £15/hour for harvest work.

Further benefits may include housing and accommodation at well subsidised rates.

“Allowing limited, temporary, access to the UK is entirely pragmatic and will not impact on [the government’s] wider ambition to introduce new controls for permanent economic migration to the UK.”

The NFU notes that, since the drop in the value of sterling following the EU referendum, there has been a substantial decrease in the number of workers wishing to come to the UK anyway, exacerbating the labour shortage.

“Without seasonal workers fruit and veg will be left to go rotten in the fields,” warned Ms Capper.

Who is Migration Watch UK?

The group believes current levels are unsustainable, blaming immigrants for the pressure on hospital services, the shortage of school places and the housing crisis.

It says it wants “balanced migration”, with immigration not exceeding emigration. It disputes claims that migrants bring net economic benefits to the UK.