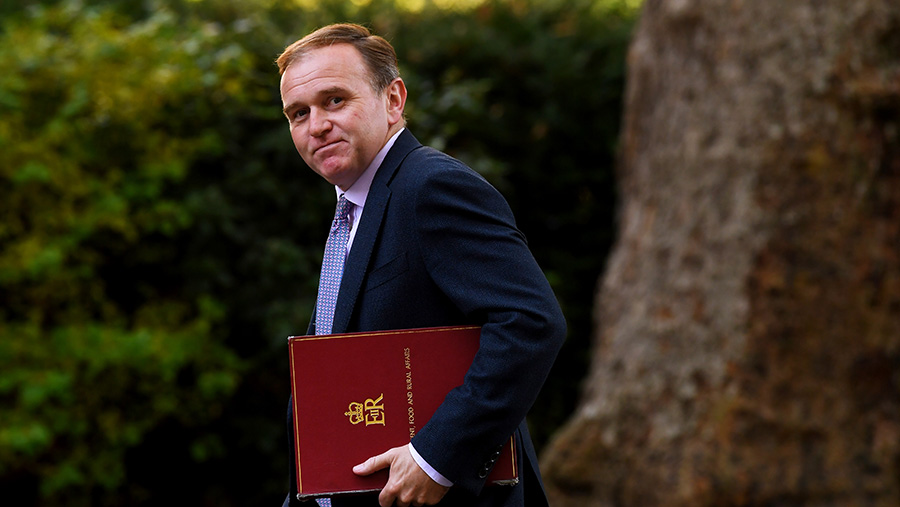 Defra secretary George Eustice has been accused of a “lack of openness” as he faces fresh questions over the future of agri-food trade between Northern Ireland and Britain after Brexit.

Peers on the House of Lords EU Environment Sub-Committee have written to Mr Eustice to express their deep concerns about the effect of the post-Brexit Northern Ireland protocol on farmers, food producers and their supply chains.

The farming industry has raised fears over the prospect of additional checks and possible barriers on agri-food moving from GB to NI.

The Northern Ireland protocol aims to avoid a hard border on the island of Ireland in the event of a no-deal Brexit, and it is a crucial part of the UK-EU withdrawal agreement, which came into effect on 31 January 2020.

But the UK government is at the centre of a bitter row with the EU over its Internal Market Bill, which contains the power to override parts of the Withdrawal agreement.

The bill, introduced in the Commons on 9 September, seeks to ensure trade between all four home nations can remain barrier-free after the Brexit transition period ends on 31 December 2020.

MPs backed the bill by 340 to 263 votes at its second reading in the Commons on Monday (14 September). It will now be put before the Upper Chamber in the House of Lords, where a revolt may delay the legislation.

Prime minister Boris Johnson says the bill is necessary to prevent the EU taking “extreme and unreasonable” lengths under the NI protocol to “exert leverage” against the UK in negotiations over a free-trade agreement.

Mr Johnson said Brussels was threatening a potential blockade of UK agri-food goods to the EU. He warned that this could result in tariffs being applied to all goods moving from Britain to Northern Ireland – for example, as high as 90% on Scottish beef moving to NI.

However, some senior Tories have warned that the bill breaks international law and a previous agreement between the UK and the EU and therefore they cannot support it.

In a letter (PDF) sent to Mr Eustice, the committee accuses him of failing to answer its questions directly on the NI protocol and Internal Market Bill.

Peers said Mr Eustice did not respond directly to their questions about a range of issues, including whether the government’s unfettered access commitment will take into account all-Ireland supply chains, and he failed to acknowledge the “challenging timetable” to implement the protocol.

Lords said Mr Eustice also failed to reflect on the possibility of staggering the introduction of checks and controls, as well as the time for businesses to recruit staff or develop IT systems.

The impact of Covid-19 and the ability of businesses to prepare consumers to cope with potential food price rises, tariffs being applied to food in the absence of a free trade agreement, as well as a shortfall in veterinary capacity, are further concerns the minister failed to address, the committee said.

Liberal Democrat peer Lord Teverson, chairman of the EU Environment Sub-Committee, said: “The government must consider the likely effects on Northern Ireland businesses and consumers of the increased levels of checks and controls that will be required if UK-EU future relationship negotiations are unsuccessful.

“The government’s internal market proposals have implications for trust and the UK’s reputation for abiding by its international agreements. We urge the government to reconsider its proposals and to engage with the EU constructively.”

A UK government spokesperson said: “We want to reach an agreement. We believe there is still time and we will continue to work hard to achieve it.

“Planning for the end of the transition period is well under way and we have already been engaging with businesses and industry ­– including farmers – to help ensure they are ready to take advantage of the opportunities ahead.”