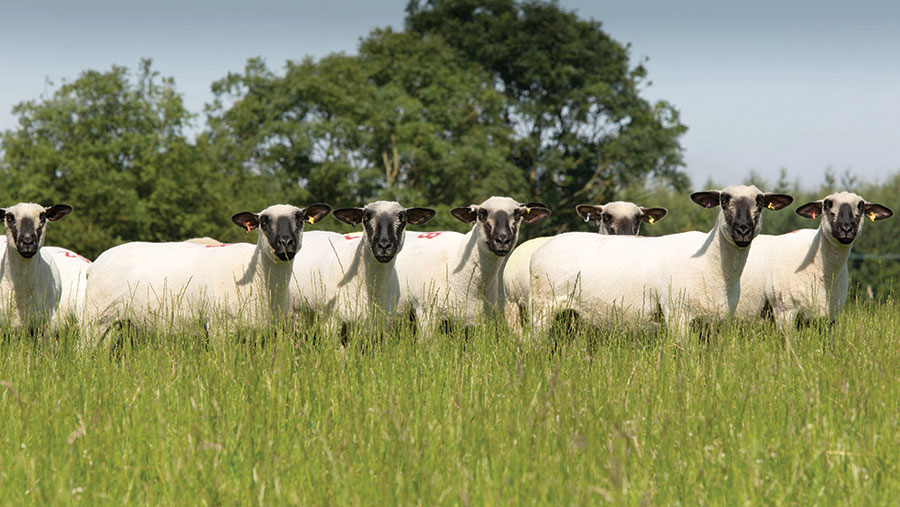 Defra minister George Eustice has unveiled fresh details about government plans to help the sheep sector in the event of a no-deal Brexit.

Speaking during a debate in parliament on Tuesday (3 September), Mr Eustice acknowledged that the sector was the “most exposed in its trading relationship with the EU”.

Currently, about one-third of the UK’s annual production of lamb is exported and about 95% of this goes to the European Union.

France was the main EU export destination, followed by Germany and Belgium.

Farming organisations have warned that under no deal, the export of sheepmeat to the EU would be almost entirely wiped out by tariffs and regulating barriers.

This has also sparked fears of a wasteful cull of millions of lambs and breeding ewes.

But Mr Eustice said culling sheep was “not under consideration” and he added: “We do not want to reduce the capacity of our flock.

First, a headage payment on breeding ewes “in the event that farmers producing lambs… have the shock to their income”.

The Rural Payments Agency has been told to design the administrative procedures necessary to make such headage payments.

The second option, a “slaughterhouse premium”, would involve a supplementary top-up payment for lambs at the point of slaughter.

“We could use a combination of those options but, broadly speaking, a headage payment and income-support approach would be the right approach to adopt,” said Mr Eustice.

The minister also said that discussions with the Treasury about what support may need to be set aside were “at an advanced stage”.

But no final decisions could be taken until the UK leaves the EU.

Elsewhere, former Defra secretary Michael Gove, now the Chancellor of the Duchy of Lancaster, who is in charge of the government’s no-deal planning, said the sheep industry would require government support to ensure its continued health.

He said the Treasury will make money available for all businesses, including farms that are “fundamentally viable but may face particular turbulence in the event of a no deal”.

She warned that lower or no tariffs on imports into the UK would put further pressure on domestic producer prices.