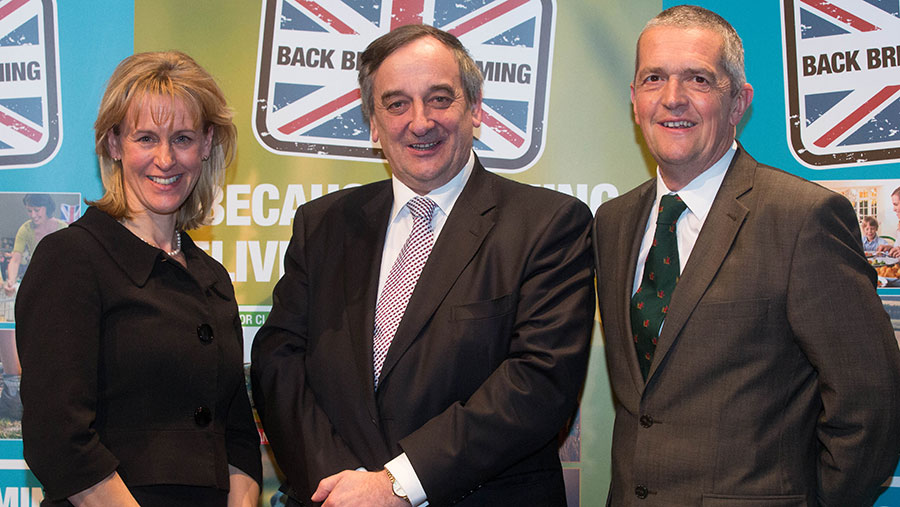 Industry organisations have questioned why the NFU failed to ask them to sign a “show of strength” letter calling on Theresa May to secure a beneficial Brexit deal for UK food and farming.

Co-ordinated by the NFU, the letter was signed by 75 agri-food businesses and organisations representing 900,000 employees and £92bn in annual turnover – including Sainsbury’s, Marks & Spencer, Dairy Crest, Morrisons, Muller and Weetabix.

Sent to Downing Street and published last week in The Times, the letter warned the prime minister that tariff-free access to the EU single market and access to overseas labour are vital for the UK’s food and farming sector to flourish post-Brexit.

Signatories included the UK’s four main farm unions – the NFU, NFU Cymru, NFU Scotland and the Ulster Farmers Union – and the Country Land & Business Association. But many other farm organisations were notable by their absence.

The Tenant Farmers Association (TFA), the National Sheep Association (NSA) and the Livestock Auctioneers’ Association (LAA) all told Farmers Weekly they would have willingly signed the letter – had they been asked to do so.

TFA chief executive George Dunn said: “For all the rhetoric of getting the industry to speak with one voice, it is disappointing that we weren’t even asked. It would have been nice to have had the opportunity.”

LAA executive secretary Chris Dodds, who also chairs the Livestock Brexit Group of 18 organisations representing the livestock sector in Brexit talks with Defra ministers, suggested the group should have been invited to sign the letter.

The NFU was a Livestock Brexit Group member which “probably covered it off to a certain extent,” acknowledged Mr Dodds. But he added: “It is always disappointing when people do something and miss people out.”

NSA chief executive Phil Stocker said he too would have signed the letter. Mr Stocker said he was unsurprised the the NSA wasn’t asked given that the farming signatories were the main farm unions and the CLA – but neither was he upset.

Need for a unified voice

The decision not to ask a wider range of farm bodies to sign the letter comes little more than a month after NFU deputy president Minette Batters said rural Britain needed to speak with one voice if it was to have any chance of maintaining full access to the EU single market following Brexit.

Warning that farm businesses could be “decimated” by a post-Brexit trade deal that failed to secure unrestricted access to the single market, Ms Batters said the NFU would be inviting a range of UK farming and rural bodies to deliver a unified message to government.

In a joint statement, the four UK farm unions described the letter as a “vitally important” piece of work that had brought together a coalition of businesses to argue for the best possible access to the single market and continued access to a competent and reliable workforce.

The statement added: “We know this message has been received positively within government and we’ll use this strong foundation to continue to campaign for the best possible deal for the UK’s largest manufacturing sector post-Brexit.”