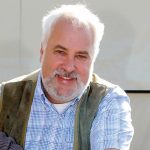 A friend who casually mentioned to a land agent that he was looking to buy a farm was told to wait – because the way things were looking, within the space of a few months he would be able to get much more farm for his money.

Not the most optimistic of predictions for the UK farming sector in 2019, but – and despite my personal opinion of them – land agents tend to have a pretty firm grip on the way the market is moving.

In fact, a few inquiries in various quarters have revealed the true extent of the situation – agents’ books are stacked up with farms for sale, but they are only being released in a trickle for fear of collapsing the market.

And why should this be? Well, because the lines on the chart tracking income and production costs have long since crossed – and not to the advantage of the farmer’s balance sheet.

The more farming businesses have failed to operate profitably, the more farmers have had to borrow to stay afloat, with the result that British farmers are more deeply in hock to the banks than they have been for a very long time.

The banks aren’t unduly worried because their loans are pretty well secured. We aren’t, after all, making any more farmland. And as more farmland is nibbled into for roads, housing estates and industrial units, the value of what is left creeps inexorably up.

The paradox, however, is that hundreds of farmers are now asset-rich and cash-poor, and so deeply indebted that any significant rise in interest rates is going to place an unsustainable strain on their finances.

There is a crisis looming and it could have cataclysmic results if nothing is done to recession-proof the industry against it. And whose responsibility might this be? Well, with Brexit looming, it’s the government’s.

It would only require Defra secretary Michael Gove to do a ring-round of a few land agents to gain an accurate (and probably chilling) assessment of the industry.

At which point he would surely realise that he dare not risk Brexit having any further adverse effect on the profitability of British farms, unless he wants half of them wiped off the map.

This is no time for vague talk about “environmental goods”; Countryside Stewardship schemes that only tie farmers up in more red tape; or for trusting that the discredited and shambolic RPA will suddenly come good.

It is time to start drawing up a short-term emergency plan, to enable British farms to keep operating after Brexit, including a loan pool offering no-interest assistance and a comprehensive suite of grants for the renewals, replacements and reinvestments that have been crying out for attention for years.

We must also have in place a broad range of grants to encourage new blood into the industry, including interest-free start-up loans for young farmers, grants for machinery and stock, and even help targeted at young farming families. In France, for example, there are even fuel grants to help cover the cost of getting children to and from school from remoter spots.

Only if we install such a programme are we going to keep British farms on an even keel and prevent our food export bill going off the scale.

The only alternative will be to call all the supermarkets in, instruct them to raise all their prices by 10% and make sure the increase is passed straight back to the producers.