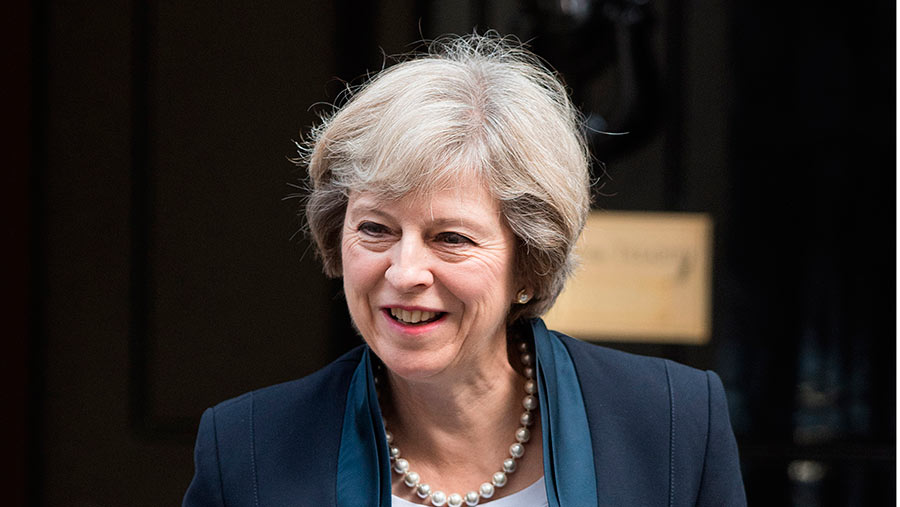 Theresa May is expected to meet farm leaders this autumn as the government starts to flesh out its post-Brexit policies for agriculture.

During the event, Mr Raymond chatted to Mrs May for 15-20 minutes.

“We had a good conversation,” he told Farmers Weekly afterwards.”

See also: Industry lays out farming hopes to Theresa May

“We were talking about the issues around Brexit – including access to labour and the UK’s future trading relationships with other countries.”

Mr Raymond said he had thanked Mrs May for the certainty the government had given the industry by pledging to maintain direct payments to farmers until 2020.

He said the prime minister had encouraged the NFU to work closely with the Home Office – as well as with Defra and the government’s department for leaving the European Union.

Mr Raymond said Mrs May told him she was looking forward to learning the NFU’s post-Brexit policy position following the union’s summer consultation with its 47,000 members.

The NFU is expected to publish its post-Brexit policy document following an NFU council meeting on 10-11 October at Stoneleigh Park, Warwickshire.

The document will outline the union’s policy demands for agriculture – including its position on farm subsidies, trade, labour and regulation.

He added: “If we can buy in some unity with the rest of the industry following our council meeting, then she will be looking forward to a meeting after that.”

After the referendum result in June, the NFU called on the government to develop an ambitious vision for British agriculture.

The union says it is important the government recognises the importance of the food and farming sector to the economy.

It also wants the government to ensure support to British farmers remains on par with farmers in the EU who continue to be in receipt of subsidies.