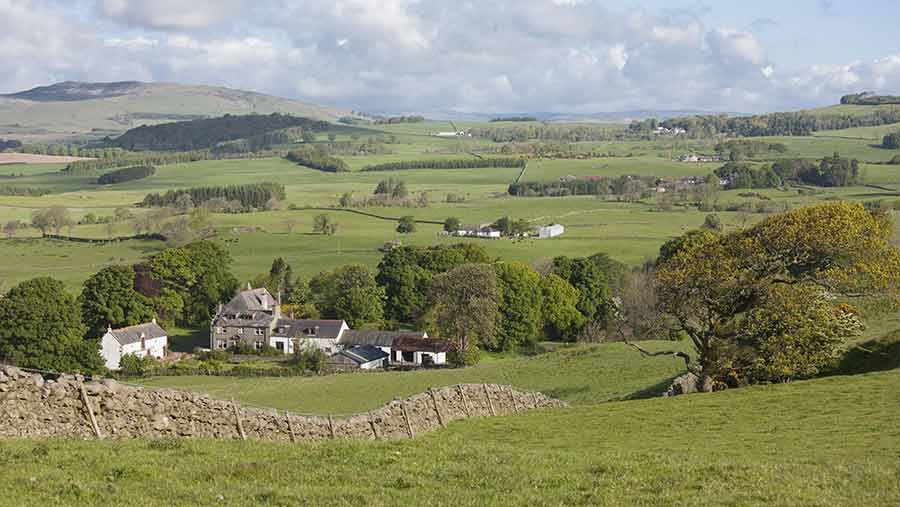 A UK government pledge of £42m for Scottish hill farmers fails to provide the sector with the certainty it needs, industry leaders have warned.

Some 11,300 Scottish farmers and crofters will benefit after the UK government said it would guarantee EU funding to support upland producers during 2019.

The decision is significant because the UK is due to leave the European Union in 2019, which had cast doubts on applications made to the less favoured areas scheme during that year.

The UK government has now told Scottish farm leaders that it will guarantee applications made by upland farmers to the scheme during 2019.

The government has also guaranteed to honour other CAP Pillar 2 projects signed before the UK leaves the EU, as previously announced by chancellor Philip Hammond.

It says these moves will give farmers certainty in the short to medium term, while it develops a post-Brexit agriculture strategy that works for Scotland and the whole of the UK.

“Put simply, they shape Scotland, and merit support and certainty as we leave the EU. “It is for that reason that the UK government is guaranteeing an additional £42m to extend the Less Favoured Areas scheme for an extra year.”

Lord Duncan said eligible farmers would receive payments of up to £10,000 each.

“This will give farmers greater certainty while we develop a strategy to support our agriculture sector once we leave the EU,” he said.

But NFU Scotland said the pledge did not go far enough – especially when the UK government had already committed to maintain EU Pillar 1 direct support payments until 2022.

Some 85% of Scottish agricultural land is classed as being in a Less Favoured Area (LFA), compared with just 17% of farmland in England.

“This lifeline rural development payment is often worth more to hill farming and crofting businesses than the direct support received through Pillar 1.”

Mr McCornick acknowledged that the UK government’s £42m pledge provided greater certainty over the rural development budget for Scotland in 2019.

But he added: “We want them to go further.

“Hill farming is a long-term commitment and breeding and management decisions being made this autumn will have an impact many years into the future.”

The UK government had already committed to funding levels for direct support payments until 2022 – the end of the current parliament, said Mr McCornick.

“It is imperative that the UK government now makes a similar commitment on rural development funding for the same timeframe.

“That would make a genuine difference to the confidence of those farming and crofting in LFA areas and allow them to plan ahead with a greater degree of certainty.”