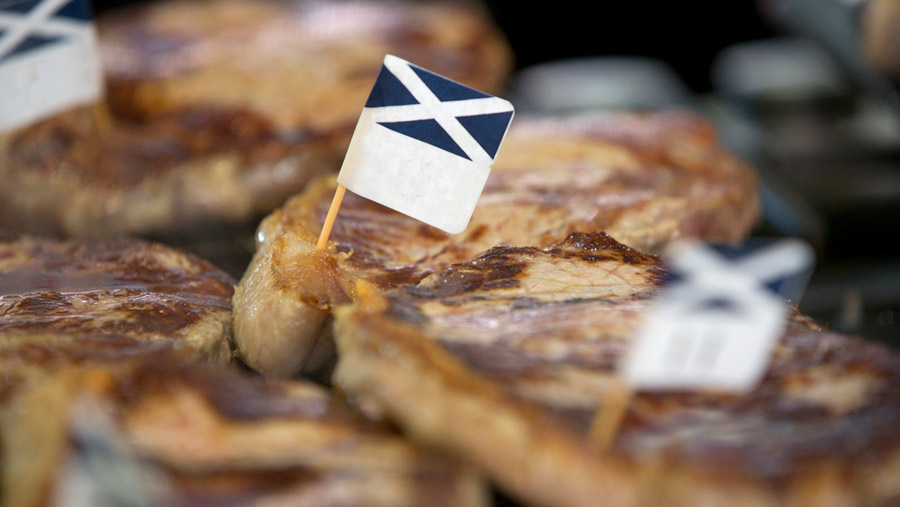 A group of 14 Scottish food and farming leaders have written an open letter to international trade secretary Liz Truss warning of the damaging effect of the UK government signing a tariff-free trade deal with Australia.

Signatories – including National Farmers Union Scotland (NFUS), Scottish Food & Drink, Quality Meat Scotland – are concerned that the pace of trade negotiations with Australia is “too quick” and that they are being “denied the opportunity for appropriate scrutiny and consultation”.

Ms Truss has said the UK government is “in a sprint” to sign off a trade deal with Australia, prompting a cabinet split and backlash from the UK agricultural sector, which fears granting Australian farmers tariff-free access for red meat and sugar will undercut British farmers and threaten their livelihoods.

Australian prime minister Scott Morrison is due to attend the G7 summit in Cornwall and it is understood that both sides are seeking to reach an agreement in principle by the time prime minister Boris Johnson meets Mr Morrison in London on Tuesday 15 June.

Food producers have accused the government of reneging on its manifesto pledge to protect the UK’s high food and farming standards in any future trade deals.

Farm leaders are concerned that striking a free-trade agreement (FTA) with Australia will set a precedent that will see other large agri-producing countries, such as the US, Canada and Brazil, demand similar deals.

The letter states that the Scottish food and farming industry is one of the fastest growing sectors in Scotland, with a value of £15bn, and employs 120,000 people.

The leaders welcome “ambitious” trade deals, but insist the government should be “under no illusion” that the EU market remains the UK’s most important export market, as it is the destination of two-thirds of all food exports.

They say the Trade and Agriculture Commission should have a critical role in scrutinising all potential FTAs before they are signed and ratified to “help ensure that any agreement upholds and protects our environmental, animal welfare and food safety standards”.

The final demand is that the UK government must carry out a rigorous assessment of the effect on the food and farming industry of all FTAs they are seeking to negotiate with other countries.

The 14 signatories (see list below) are seeking an urgent meeting with Ms Truss to discuss the Australian trade deal.

In response to the letter, the SNP said the UK government should “push the breaks” on the planned agreement.

A spokesman for the Department for International Trade said: “We seek a wide range of views before, during and after negotiations to ensure all voices are heard, and consult widely across the country before we launch talks, including extensive engagement with Scotland, Wales and Northern Ireland.

“We will only sign deals that work for all parts of the UK, including any potential deal with Australia. Our exports minister was in Scotland last week to champion the benefits of the Australia FTA, highlighting how a tariff reduction would benefit iconic goods such as Scotch whisky.

“Any deal we sign will include protections for the agriculture industry and will not undercut UK farmers or compromise our high standards.”