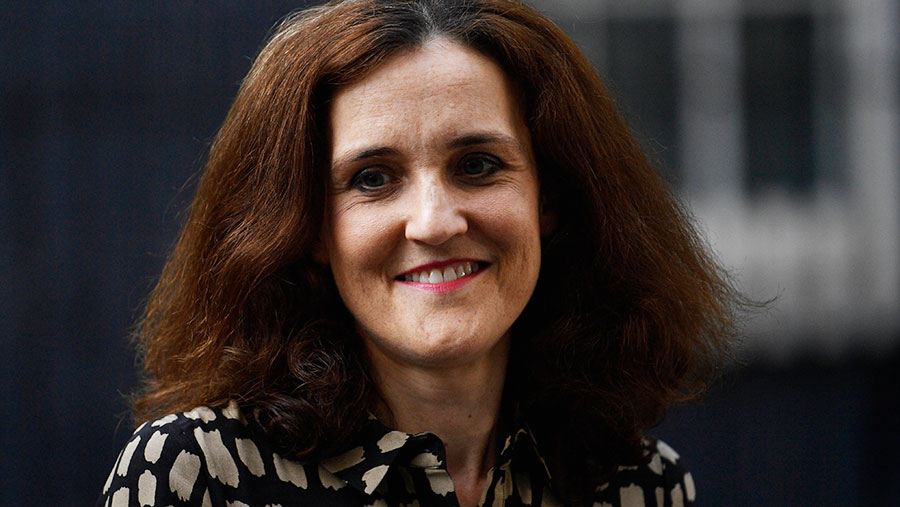 Pro-Brexit MP Theresa Villiers has been named as the new Defra secretary, replacing Michael Gove, who moves to the Cabinet Office.

Ms Villiers served as Northern Ireland secretary from 2012 to 2016 under David Cameron, having previously served as transport minister. She becomes the sixth person to be appointed as Defra secretary since 2010.

The Rt Hon Theresa Villiers has been appointed Secretary of State for Environment, Food and Rural Affairs @DefraGovUK pic.twitter.com/p2DMHWkyzJ

Writing on her Facebook page, Ms Villiers said she was “very honoured” to have been asked by Mr Johnson to take on the role of Defra secretary.

“I have championed a number of the issues covered by the department, including animal welfare and improving air quality,” she added.

“My new responsibilities will therefore complement many of my local campaigns in my constituency, such as protecting our green spaces. I am already hard at work preparing for Defra questions in Parliament tomorrow morning.”

According to the BBC, Mr Gove’s new role is effectively deputy prime minister to Mr Johnson, albeit not in title.

Mr Gove was appointed as Defra secretary in June 2017 and was considered by many as a “big hitter”. His most notable policy decision taken at Defra was plans to introduce a system of paying farmers ”public money for public goods” under the government’s new Brexit agricultural policy.

In his new role, Mr Gove will be heavily involved in the government’s no-deal Brexit planning work.

He told Farmers Weekly at the Royal Welsh Show on Monday (22 July) that he hoped to keep his job at Defra, but said he “honestly” did not know whether that would happen.

Ms Villiers has previously argued that the UK should leave the European Union with no deal if the problems around the Irish backstop cannot be sorted out.

She has argued that the UK should be prepared to leave and conduct trade agreements on World Trade Organization (WTO) terms.

“We do have to recognise that the vast majority of world trade is done under WTO terms,” she told the Daily Express in May.

“That is how we trade with the United States, it doesn’t have to be the disastrous scenario that some have portrayed it as.”

These previous comments will prompt serious concerns among farmers and farming organisations, including the NFU, CLA and National Sheep Association (NSA), which have all warned that leaving the EU without a deal at the end of October could have “catastrophic consequences” for the farming industry.

Under such a scenario, trade tariffs generally between 40-60% would be added to UK goods.

The government has announced that in the case of no deal, full EU tariffs would be applied to sheepmeat, reduced tariffs for beef, dairy and poultry, but zero tariffs for cereals and eggs.

Chipping Barnet MP Ms Villiers is also a strong advocate of animal welfare, and has previously spoken in favour of a ban on the export of live animals for slaughter.

During a rally organised by Compassion in World Farming in September 2017, she said that “excessive, long-distance transport of live animals for slaughter can cause great suffering”.

Ms Villiers is in favour of culling badgers to tackle bovine TB.

In June 2013, following the government’s badger culling policy announcement, she said: “While the decision to cull badgers has not been taken lightly, it is vital that the government is able to use all the tools at its disposal to tackle the spread of a disease that has now reached epidemic proportions.”

Ms Villiers’ voting record shows she has voted a mix of for and against measures to prevent climate change. In 2015, she voted against a bill to set a target for the amount of carbon dioxide emissions and other greenhouse gases produced in the UK. But she is hugely supportive of fracking for shale gas.

Ms Villiers attended Francis Holland School in London and then studied law at the University of Bristol and Jesus College, Oxford.