Defra has used photos of farms in Slovenia and Germany to showcase its vision for British agriculture after the UK leaves the European Union.

The footage is included in a YouTube video accompanying the government’s flagship Agriculture Bill, which was published on Wednesday (12 September).

An introduction to the video describes the bill as “an historic moment as we leave the EU and move towards a brighter future for farming”.

The video uses a number of idyllic images – including misty fields, sunsets and fields of ripe barley – to show what UK farm life will be like outside the EU.

Rather than being filmed in the UK, however, some of the pictures used in the film were apparently taken overseas – although there is no mention of this. 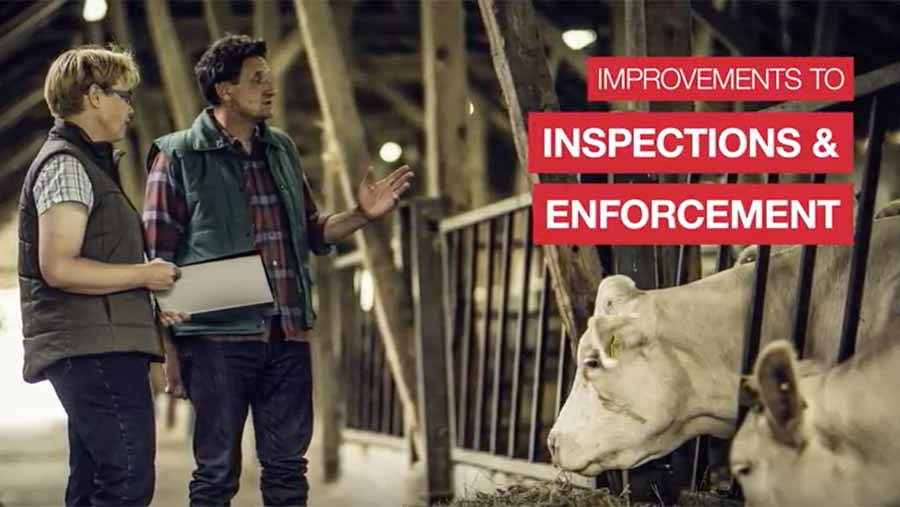 A pledge suggesting that farmers can expect less red tape after Brexit shows a farmer talking to a farm inspector in a cow shed in Slovenia (above). 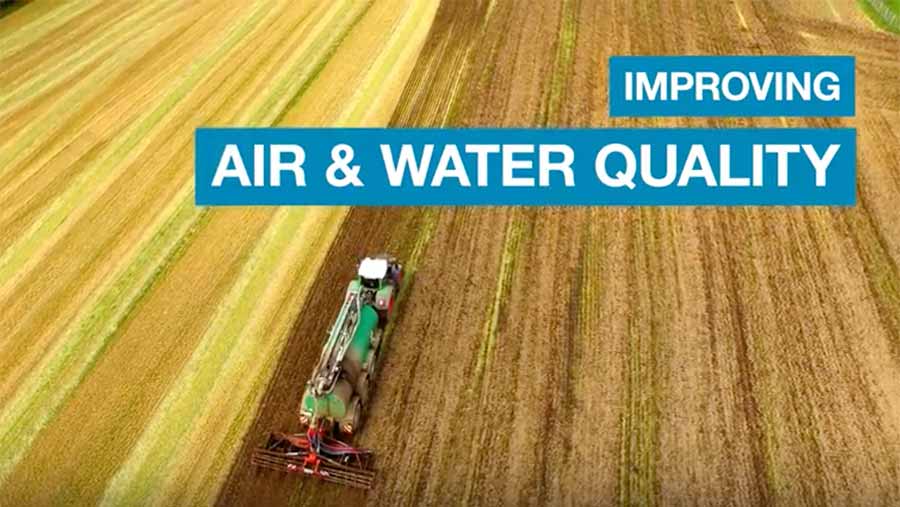 And a pledge that UK farmers will be rewarded for improving air and water quality is accompanied by a still from a aerial film shot on a German farm (above).

Both images – and details of where they were taken – can be found in online photo libraries.

Defra said it had produced the video as an eye-catching way of outlining its plans for UK farming without farmers having to read the government’s Agriculture Bill.

The video says a new system of “public money for public goods” will be introduced to support British farmers once the UK has left the EU.

Over a seven-year transition, the government will introduce an environmental land management scheme, encourage fairness in the supply chain and improve regulations, it adds.

The video also suggests farmers will be rewarded for preventing climate change – alongside a photo showing a pair of hands planting a bonsai tree.

UPDATE: Since this article was published, Defra took down the video and replaced it with an edited version, removing some of the EU images we described, but not all. You can watch the new video below.