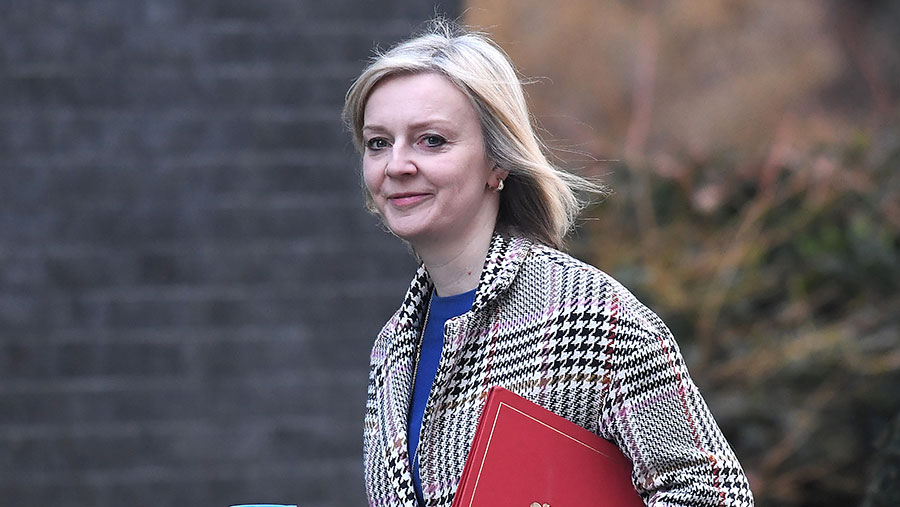 Industry leaders have again warned that food imports must meet British farm standards as the government unveiled more details of its free-trade plans.

It came as the Department for International Trade launched a public consultation to inform the UK’s new global tariff policy on Thursday (6 February).

International trade secretary Liz Truss said Brexit was an opportunity to move away from the EU’s “complex tariff schedule” and for the UK to become a global free-trade champion.

“High tariffs impinge on businesses and raise costs for consumers,” she said. “This is our opportunity to set our own tariff strategy that is right for UK consumers and businesses.”

The government is developing a new UK most-favoured nation (MFN) tariff schedule, which it says will come into force on 1 January 2021.

The NFU said future free-trade agreements must not undermine British farm standards if they are to benefit producers and the public – and promote sustainable farming globally.

NFU international trade director Nick von Westenholz said: “Seeking a trade deal at any cost runs the risk of the UK making unacceptable concessions just to get a final agreement over the line.”

The government must ensure any trade deals promoted – rather than undermined – farming, with high standards of animal welfare and environmental protection.

“This means ensuring that the food we import meets the same high standards required of UK farmers – not only ensuring UK farming can thrive, but that it can act as a gold standard for farming across the world to emulate.”

The NFU has urged the government to make an explicit commitment that it will ensure all food imports meet the standards adhered to by UK producers.

Country Land and Business Association president Mark Bridgeman said a free-trade agreement with the US would give American consumers the ability to enjoy world-class British food.

But if the US wanted greater access to the UK market for its own produce, it must conform to the same high standards as those met by British farmers.

“The government has repeatedly issued warm words in this regard – but it must go further and legislate to protect UK farmers in all future trade deals.”

The deadline for consultation responses is 5 March.