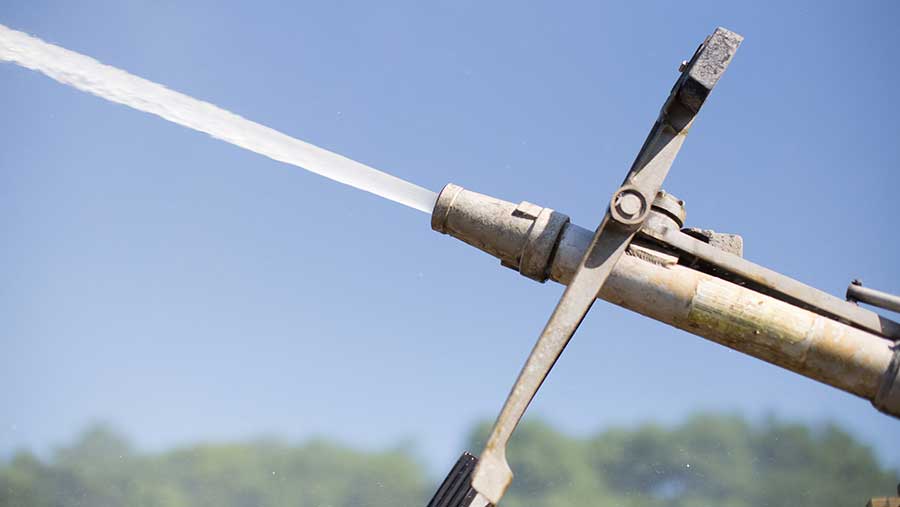 A Suffolk farm business has been fined £3,000 and ordered to pay £2,531 in costs after providing misleading information about the amount of water it abstracted.

Lakenheath farming business N&M Sizer lied about how much water it abstracted, fearing it would lose its licence or have its abstraction limits reduced.

In doing so, the company falsely stated it had extracted more water than it was allowed to under the licence, which resulted in an investigation by the Environment Agency (EA).

The company had actually taken very little of the allowance as its crops at the time did not need spray irrigation, Ipswich Magistates’ Court was told.

Prosecuting for the EA, Megan Selves said N&M Sizer had been worried it would lose the right to abstract water because as it had not taken the full amount allowed.

But she said any reduction in future abstraction or any revocation of licence would not be done without looking at about 10 years of records or without a discussion with the licence holder first.

Any assessment would only be carried out when the licence came up for renewal or if there was evidence that the licence is causing environmental damage.

Mrs Selves said water meters at Bedford Fen in Sedgefen had been re-calibrated to corroborate figures submitted to the EA in a “determined effort to mislead”.

She said the company’s actions had been deliberate and a “flagrant disregard for the law”.

Although there had been no environmental impact, the company falsified its figures giving a false impression of how much water had been taken from the environment.

Mrs Selves said the company had shown remorse and co-operated with the investigation.