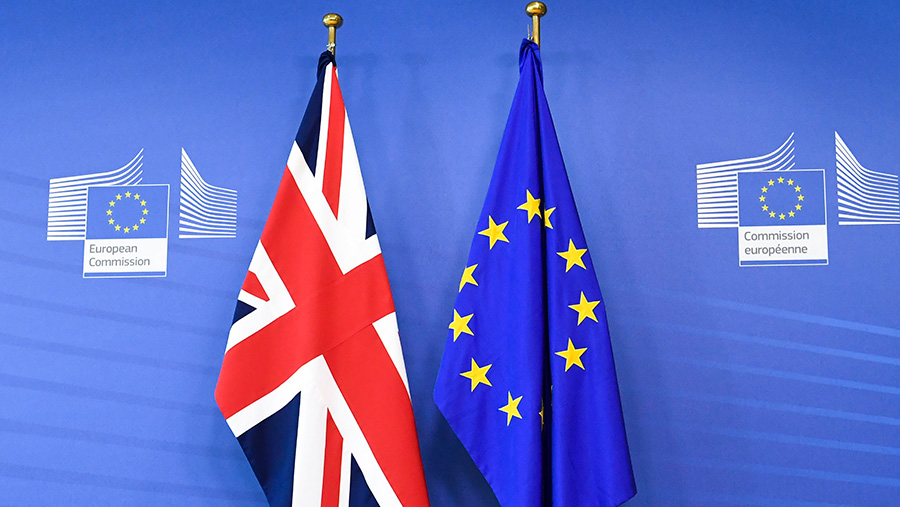 Farm leaders have voiced concern a “hard Brexit” will see the UK leave the EU single market as well as the EU.

Talk over the UK’s future relationship with the rest of Europe dominated proceedings at the East of England Conference in Peterborough.

The morning session included a debate about the opportunities and challenges facing UK farmers following the country’s decision to leave the EU.

Country Land and Business Association deputy president Tim Breitmeyer said he felt it would be “very difficult” for the UK to remain within the customs union post-Brexit.

See also: Greenpeace could work with NFU on Brexit deal

“I don’t think we are going to achieve that,” Mr Breitmeyer told conference delegates at the East of England showground on Thursday (3 November).

He added: “I think what we will be looking for will be the best possible free trade agreement with the rest of Europe.”

The conference was held on the same day the High Court ruled parliament would have to be consulted before the government triggered the EU exit process.

Farmers should not underestimate the seriousness of the situation they faced, said Mr Breitmeyer, who farms in Cambridgeshire.

“Everything else will flow from what we are able to achieve.”

Tenant Farmers Association chief executive George Dunn said he doubted a trade deal would be completed within two years after the exit process had been triggered.

But he added: “I think there will some sort of interim arrangement – nobody has ever left the EU ‘family’ before so there will be an attempt to find a way forward.”

Mr Dunn said any deal with be “in spite of agriculture rather than because of it”.

Farmers must be “very aware” of the need to guard against the extent to which the interests of agriculture was traded off to secure other trade deals,” he urged.

“We do need to be absolutely clear that we don’t want our industry to be the whipping boy to secure trade deals elsewhere.”

“Agriculturally it will be a huge problem – there are massive issues to be overcome.”

Mr Ford also voiced concern over future support for agri-environment schemes, saying that most young farmers were proud of the rural environment.

People were more likely to buy British food if the countryside it came from was well maintained.

“The environment is the shop window for agriculture,” he said.

“When people drive through the countryside, they want it to look pretty.”

The debate also heard from Greenpeace UK policy director Doug Parr, who warned that farmers alone would have less influence than they hoped over post-Brexit agricultural policy.

“Let’s not kid ourselves that we are necessarily in control of this as the UK.