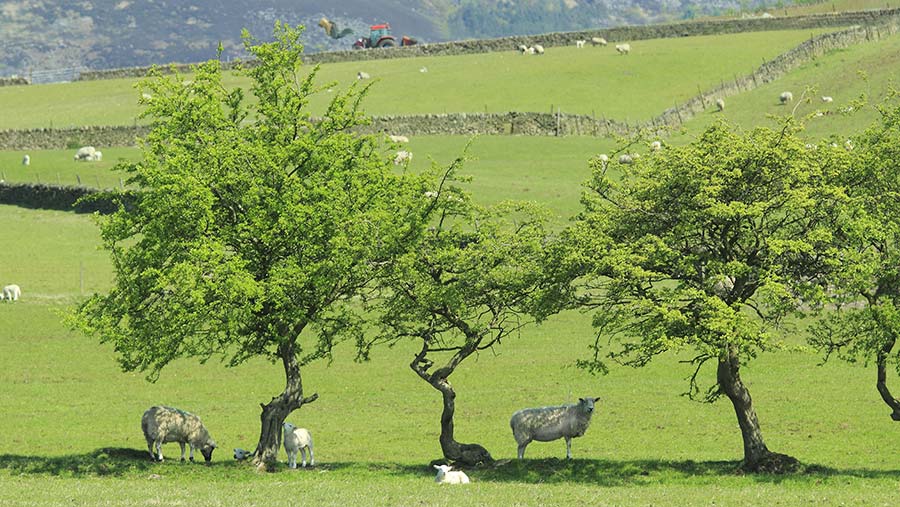 Government plans to abolish farm subsidies and introduce a new system of environmental payments fall short of the support needed for the sector, say industry leaders.

The government’s long-awaited Agriculture Bill has met a mixed reception from farmers and environmental groups – with some praising its ambition and others voicing dismay.

Under the policy, direct payments will be phased out over seven years and disappear completely after 2027, to be replaced by a new system of “public money for public goods”.

Legislation to deliver a new policy for agriculture after the UK leaves the European Union is being introduced into Parliament on Wednesday (12 September).

See also: Agriculture Bill – Direct payments to be phased out by 2027

Defra secretary Michael Gove says his flagship Bill will reward farmers who protect the environment and enhance the countryside for future generations.

But NFU president Minette Batters said the government must put the business of food and farming as well as the environment at the heart of its new legislation.

“The NFU, alongside the whole food supply chain, has been absolutely clear about the essential ingredients for a progressive, profitable and sustainable food and farming sector post Brexit.

“These include comprehensive measures to improve the environment and productivity and tackle volatility alongside free and frictionless trade and access to a competent and reliable workforce.

“The Bill, as described in the announcement, falls short of our aspirations in these regards.”

The Bill is being launched on Back British Farming day – the annual day when the NFU calls on politicians to underline their commitment to agriculture.

Ms Batters said: “It is vital that in the future British farmers can continue to meet the food needs of a growing population.

“A future agricultural policy that ignores food production will be damaging for farmers and the public alike.

“The public demand and deserve safe, high-quality, traceable, affordable food, whatever their income. And moreover, they want British farms to supply that food.”

“It fails to provide a comprehensive strategy for ensuring the sustainability and resilience of our domestic agriculture and the environment it supports.”

“Focusing almost exclusively on public payments for public goods without having any clear plan for increasing productivity is short-sighted and flawed.”

Having nothing on improving fairness within supply chains or protecting standards in trade will leave domestic producers in a highly vulnerable position, said Mr Dunn.

But the Country Land and Business Association was more positive.

CLA president Tim Breitmeyer said: “The development of a new post-Brexit UK agriculture policy is a seminal moment for the future of our countryside.

“We fully support the government’s ambition for a future where farming and food production go hand-in-hand with a healthy environment.”

A seven-year transition period – as outlined by the government – should be sufficient time to adjust to the new system, he added.

“Proposals to reduce payments in manageable increments, spread across the farming industry, will enable businesses to avoid the risk of rapid change with no time to prepare.

“The government must now ensure that further cuts align with the introduction of the new environmental land management contracts to avoid any cliff edges for farm businesses.”

RSPB conservation director Martin Harper said the announcement offered a “positive outline statement of intent” about its ambition for agriculture and the countryside.

“This feels like an important step forward – improving the sustainability of farming is key to realising the UK government’s ambitions to restore nature in a generation.”

As expected, there was no clarity on how the government intend to fund its policy beyond an existing commitment to maintain current levels of expenditure to 2022.

Securing funding beyond that date would be a priority, said Mr Harper – and something the RSPB should be able to strike common cause with all farming unions.

He added: “The resources made available to back up the new policy will ultimately be the key test as to whether this Bill is a success or failure.”