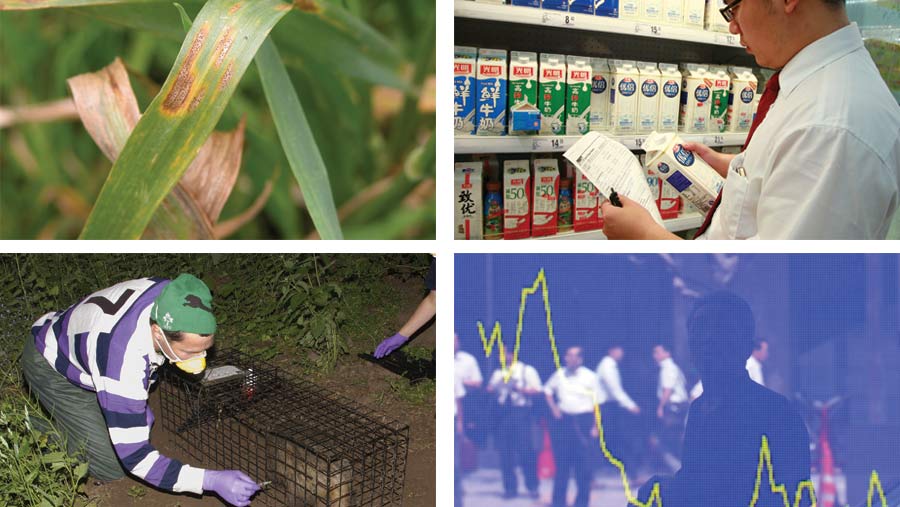 The government has defended its record on agriculture – almost a year to the day since Defra secretary Liz Truss unveiled a four-point plan for farming at last year’s NFU conference.

Despite concern that ministers should do more to champion agriculture, Defra insists good progress has been made across all four priorities highlighted by Ms Truss in her speech to conference delegates a year ago.

Those four priorities were:

On exports, Defra says more than 600 new markets have opened to British food since 2010. It says dairy exports have hit £1.4bn, with Ms Truss pushing for the US to reopen its market to Scottish beef.

On CAP simplification, Defra is “committed to doing everything it can” when pushing Brussels to reduce red tape. It says it is already easier for farmers to comply with greening by allowing more hedgerows to be used in claims.

But Defra’s record on disease is less clear cut. The government insists it is “absolutely committed” to eradicating bovine TB. But many farmers remained concerned at the slow rollout of badger culling to combat the disease.

Defra might be on course for half of England to be bTB-free by 2020. But that half is unlikely to include all those hardest hit by the disease.

What farmers want from government strategy

Defra’s plan must enable arable farmers to reach our production potential, which is a staggering two to three times what we are producing at the moment. Mike Hambly, combinable crops

Profitability has been missing in the beef and sheep sectors for too long. We want a plan that will reverse this trend and will allow a fair margin for all in the supply chain. Charles Sercombe, livestock

The government should facilitate discussion on a fair and functioning supply chain – specifically looking at the voluntary code on contracts and labelling. Rob Harrison, dairy

The plan must focus on increasing self-sufficiency. It should look at how British growers can have a stronger footing in the food service, food manufacturing and public procurement markets. Guy Poskitt, horticulture