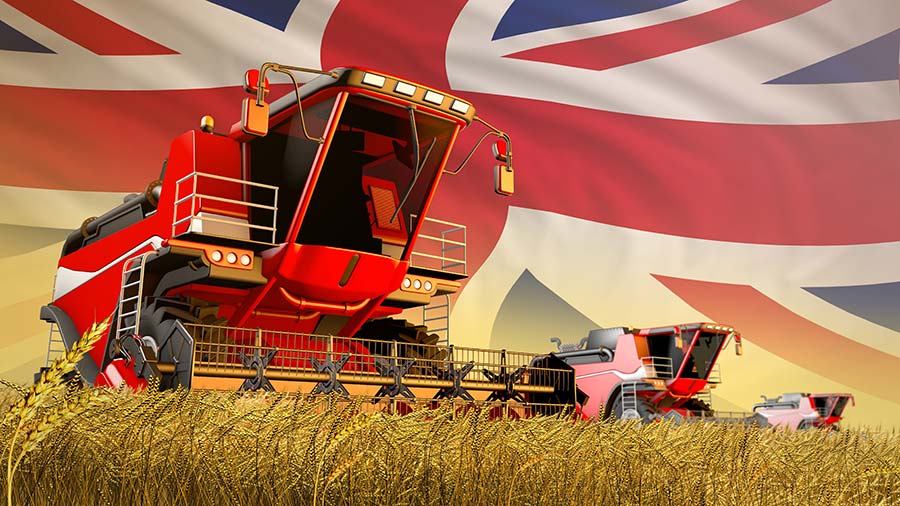 UK food self-sufficiency has been declining for decades. We look at the reasons for this and ask what it would take to reverse this situation.

The UK produces less than two-thirds of the food it needs – down from a peak of 78% in the mid-1980s, according to well-aired government figures.

Put another way, in 1984, there was enough food produced in Britain to feed the nation for 306 days of the year. Today, that figure is just 233 days.

There are several reasons for the decline, including changes to the way agriculture was supported when we were part of the EU.

See also: Why food production must remain a central part of Defra policy

Throughout the 1970 and 1980s, production was fuelled by the Common Agricultural Policy (CAP), which subsidised farmers and growers to produce more.

Since the 1990, however, production-linked subsidies were removed and support switched to area-based payments, with environmental strings attached.

For example, in the beef sector, the Suckler Cow Premium and Beef Special Premium schemes were withdrawn in the mid-2000s. Subsequently, the national beef herd is now 20% below its peak in 1990.

Changing consumer behaviour is another reason for a shift in self-sufficiency.

Over many years, changes in demand have seen increasing quantities of salad and fruit imported year-round, often displacing home-grown seasonal alternatives, such as winter root crops and greens.

And then there is government policy. With a keen eye on food price inflation, successive governments have neglected to intervene when cheaper imports have undercut British produce.

This preference for cheap imported food has been especially prevalent when it comes to public procurement for hospitals, the civil service and the armed forces.

There are numerous ongoing threats, which suggest it will be difficult to reverse the decline in self-sufficiency. These include:

Losses to the farmed area are a historic contributor to the decline in self-sufficiency, but the drive to plant more trees and take land out of production for environmental causes is a continuing threat.

The biggest single loss is to woodland, which has more than doubled over the past 20 years. Figures show tree planting takes out about 12,500ha annually, Savills says.

The situation is particularly acute in Scotland, which accounted for 83% of all UK tree plantings in 2020.

Entire holdings of productive farmland have been bought up by large corporate firms looking to offset their own carbon outputs.

Border arrangements following the UK’s departure from the EU have exacerbated the situation, with imports of cheaper food allowed to flood into Britain to prevent food shortages.

Longer term, staff shortages due to Brexit also pose a further threat. Before Brexit more than 75% of staff picking and packing UK fruit and vegetables, and 60% of seasonal meat processing workers, were from eastern Europe.

Without them, wages have had to increase by 10% to attract and retain new workers, says British Meat Processors Association chief executive Nick Allen.

Food costs will have to rise to compensate, Mr Allen says, which could further erode the UK’s self-sufficiency, if goods cannot be processed and cannot compete with imports on price.

Earlier this year, Jack Ward, chief executive of fresh produce body the British Growers’ Association, also told Farmers Weekly that if a company could not pick a crop at peak fitness, contracts could be lost to overseas competition.

Already, concerns over staff shortages have forced companies to withhold investments and reduce planting areas, so our cropping will decline over the coming years, Mr Ward says.

Recommendations in the government’s National Food Strategy this summer called for a 21% cutback in the farmed area to create more space for wildlife.

The recommendation was based on research by University of Cambridge academic Andrew Balmford.

Prof Balmford suggests pockets of productive land should be farmed more intensively while allowing other land to be converted to natural habitats. This is known as land sparing.

He says that most species fared better in distinct landscapes that were not shared with farming and that even wildlife-friendly agriculture damaged biodiversity.

If adopted by government, this will see more land taken out of food production

Opportunities to increase self sufficiency

The NFU wants to boost UK self-sufficiency and has called on the government to take steps that will prevent the proportion of home-grown food from falling further.

It suggests the government provides funding to help farmers produce world-leading food standards and does more to promote British food by:

Demand is increasing for plant protein as a raw material for both human and animal consumption. Each year the UK typically imports about 3m tonnes of soya bean and meal, but concerns over its carbon footprint are growing.

Although the UK produces 600,000t of field beans, a lack of research and innovation has undermined the potential to scale up production.

In recent years, the UK has had over a £1bn trade deficit in cheese and around £250m in yoghurts, according to AHDB.

The UK dairy production base and grass growth would allow a sustainable increase in production of both, though this will need investment to modernise and expand processing capability.

Apple and pear production could be boosted in a country that has ideal growing conditions and substitute imports. But access to labour is critical, requiring an increase in  overseas worker permits.

Trade deals will also have to rule out cheap imports that may be produced using unlicensed chemical controls or pose a risk to crop health.

Markets could be expanded for UK-produced whey for animal feed, food ingredients, sports nutrition, infant milk formula and as yet untapped pharmaceutical use.

A strategic approach is needed and this could involve collaboration between industry and government to attract investment and develop markets.

An alternative approach to land sparing is land sharing. This integrates environmental enhancements while maintaining the agricultural area for growing food.

It does this by creating a better-connected system, with grazing livestock and arable growing closely linked.

“We’ll never be completely self-sufficient, but what we can do is produce as much of our staple food as we can from a system that works with the environment,” Mr Holden says.

Growing crops for biofuels is scandalous, he suggests, as is planting forests on farmland that can be managed to capture carbon and produce sustainable food that we then don’t have to import.

Integrated pest management systems and low-cultivation techniques should also be used across a maintained agricultural area, he suggests, with hedges, trees and grazing that build soil fertility and sequester carbon all part of the mix.

Soil health is also key, using compost and farmyard manure rather than artificial fertiliser to improve the carbon sequestration of soil.

This should be coupled with more diverse rotations, possibly with a return to mixed farming, with leys grazed to produce meat while the soil regenerates, says the Sustainable Food Trust.

In diverse rotations with legumes and winter cover, growers have demonstrated wheat yields of 12t/ha are achievable without carbon-costly fertilisers and pesticides.

How far should we chase self-sufficiency? 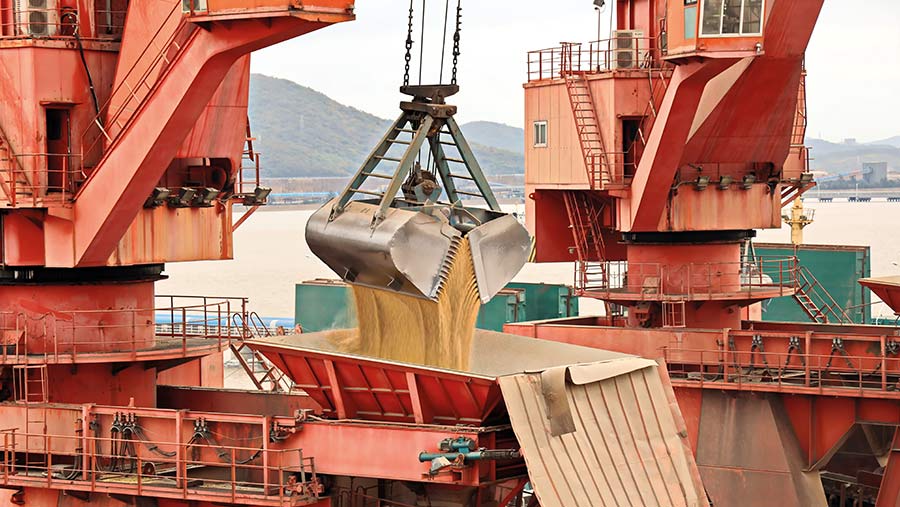 While boosting self-sufficiency might sound like a way to improve food security, too high a level could have the opposite effect, says agribusiness consultant Carl Atkin.

Being 100% self-sufficient in a particular foodstuff is like putting all your eggs in one basket, says Mr Atkin of Terravost consultancy.

For example, if the UK became 100% self-sufficient in a home-produced food, a health scare or supply issue could make us more vulnerable to shortages.

But a greater move towards food imports, perhaps on a cost basis, could also be risky to British food security.

The UK is part of global free trade now and if we were to become overdependent on imports, this would be a potential threat to food security.

The answer then is a balance between domestic production and imports, says Mr Atkin.