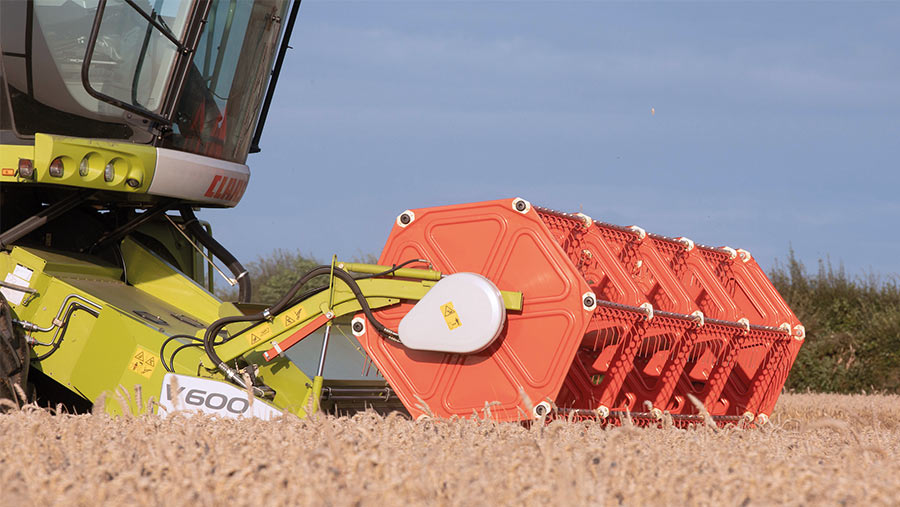 One of the key improvements to the Agriculture Bill as it progressed to become an Act of Parliament last year was a commitment by government to hold a regular review of food security.

Despite this, most of the focus since seems to have been on environmental delivery, as the government has pressed on with its “public money for public goods” strategy.

In an attempt to put food production and food security back on the agenda, the NFU has this week launched its latest report – British Food: Leading the Way – in which it sets out the union’s vision for the sector.

There are, of course, many facets to this, including responding to climate change, sustainability, innovation, marketing and public procurement.

But the key message throughout is that basic food production is of primary importance, both to the farming sector and to the economy as a whole.

Writing in the introduction, NFU president Minette Batters notes that, in one recent survey, 78% of people believed British farms should grow as much food as possible, to help with national food security. 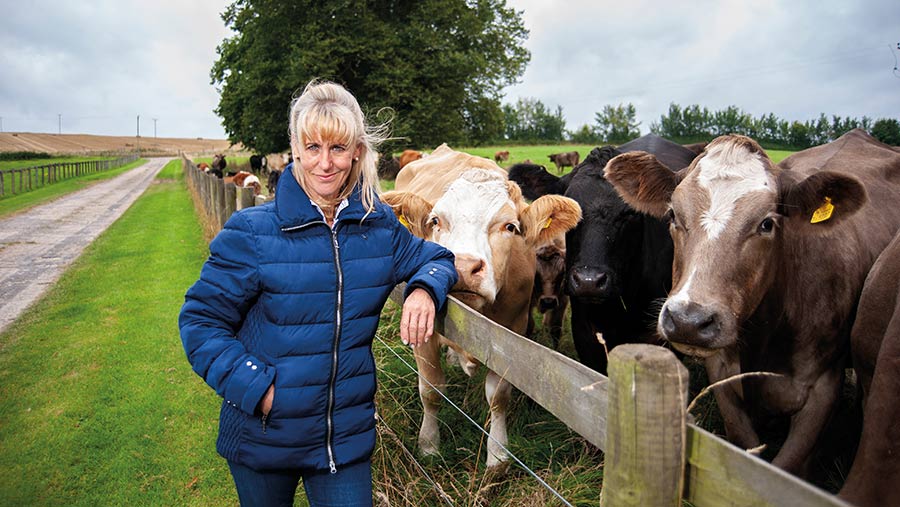 “The importance of this has been reinforced by the impact of the Covid-19 pandemic and the work British farmers have done to keep the nation fed,” she suggests.

“Providing the right environment for farmers and growers to increase our food security will not only make our own food supply more secure, it will help us lead the way on the challenge of food security for a growing population on a global scale.”

Mrs Batters notes that routine reporting of food security, as set out in the Agriculture Act, provides a “huge opportunity” for policymakers to keep informed about the “true picture”.

Specifically, the report calls for the government to compile an annual report on food security, as opposed to one every three years, as set out in the Act.

In terms of food self-sufficiency, Mrs Batters notes that the UK has seen domestic supplies slide from 78% of consumption in the mid-1980s to just 60% now.

“As an island nation that is very well suited for quality food production, it would be a mistake to let that happen again and become even more reliant on the rest of the world to feed us,” she says.

“As a wealthy nation, the UK has an obligation to contribute to global food security by producing what it can and not over-relying on other countries to fulfil its food needs.” it says.

In some product areas, UK farming is already leading the way in its productivity.

Poultrymeat, for example, has grown by 29% over the past decade, and eggs by 15%, supported by Red Tractor, the Lion scheme and other broader assurance schemes, says the report.

Strawberries have enjoyed an even greater 50% rise, as growers have invested in technology, infrastructure and expertise, while barley output has increased 30% in 10 years, providing for both the domestic and export markets.

Sheepmeat is another success story, making use of millions of acres of grassland, though production has fallen in recent years.

While all of these sectors face challenges – be it from substandard imports or labour shortages – the report also identifies several growth opportunities for British agriculture.

Dairy products, for example, face a huge trade imbalance, with the UK operating a deficit of £1bn in cheese and £250m in yoghurts, despite having a climate made for dairying.

“To achieve growth in both the export and domestic markets, inward investment will be critical to modernise and grow processing capability,” says the report.

Protein crops is another potential growth area, with the UK importing about 3m tonnes of soya beans and soya meal, yet only producing 600,000t of field beans.

“There is growing interest in plant protein raw material for both human and animal consumption,” says the report.

To enable British farmers to take advantage of these opportunities, there needs to be targeted investment and innovation in plant breeding and agronomy, and inward investment in processing.

What else the report says

“British farming is well placed to lead the way in food production with a declining environmental footprint. Our climate, coupled with the right policy and investment, leaves us ideally placed when it comes to climate-friendly food.”

The report explains that 65% of the UK is best used to grow grass, allowing for the production of red meat and dairy with a relatively low carbon footprint. It also notes that 87% of UK beef is produced using predominantly forage-based diets.

“When we talk about sustainability, we do not just mean doing everything we can to ensure food production is environmentally sustainable. We also mean ensuring that those businesses which produce our food are economically sustainable.”

There also needs to be greater fairness within the supply chain, while the new Environmental Land Management scheme should prioritise soil health, to boost food production as well as environmental delivery.

“Improving farming’s productive efficiency enables farmers to produce the same amount of food, or more, with fewer inputs, in smarter ways. Investing in and improving productivity can also help our contribution to both national and global food security.”

Improving productivity is a key theme of the NFU’s drive towards “net-zero carbon” agriculture.

The report cites the development of slow-release fertilisers and improved use of animal manures; recycling of waste to produce renewable energy; breeding livestock to reduce diseases; storage of rainwater; better soil and plant health; and feed additives to reduce methane emissions.

“Increasing the volume of British food in public sector food procurement provides an opportunity to showcase British food’s high standards and environmental credentials to everyone.

In a recent OnePoll survey, 80% of respondents said they supported the increased procurement of British food in schools, hospitals and government agencies.”

The report reminds government that this was one of its commitments in its manifesto. Acting on it would be a “huge vote of support for British food and farming”.

The concern is that the public sector may actually become a dumping ground for imported food that does not meet UK standards.

A word from the author

Jack Watts, NFU agri-food policy delivery manager, says the report has been timed to focus minds in the run-up to the publication of the government’s first food security report, due later this year.

“We have not had a meaningful assessment of UK food security for 10 years now, and even then, that was reactionary to a spike in global food commodity prices,” he says. “Government made an assessment, but did not do anything with it.

“Fast-forward 10 years and the population has grown by 7-8%, while, as a wealthy nation, we also need to be considering how we can contribute to both domestic and global food security.”

Mr Watt says government should use its impending report to develop a meaningful food policy.

The government should also recognise that sustainable food production and environmental delivery go hand in hand, and the UK is well placed to deliver on both, he says.

“The UN’s Food and Agriculture Organization’s definition of food security says sustainability is key. Food security is not a short-term thing, it’s not just about putting affordable food on tables today. It’s about being able to ensure people can be fed into the future.”

About this time of year, the NFU traditionally marks what it calls National Self-Sufficiency Day – the day on which the UK would have run out of food had it relied wholly on domestic production.

This year, however, it has gone a step further and published a whole report, setting out the union’s vision for a sector whose primary function is to feed the population.

It is a timely intervention, coming into the run-up to the publication of the government’s first food security report later this year. But it also timely given the rhetoric from government over the past 18 months.

Yes, the Agriculture Act included warm words about the importance of food production and food security.

Since then, however, it seems Defra’s efforts have been almost entirely focused on environmental delivery, with policy announcements on things such as tree health, woodland creation, and farming in protected landscapes, together with moves to phase out direct payments and encourage farmers to exit the sector.

They hold the key to Treasury coffers. But there is also no doubt that productive farming and good environmental management can and should go hand in hand.

A balance needs to be struck, with safeguards built into the system.

If the past 18 months of Covid have taught us nothing else, it is that a guaranteed supply of quality, affordable food is essential, both from a strategic and an economic point of view.