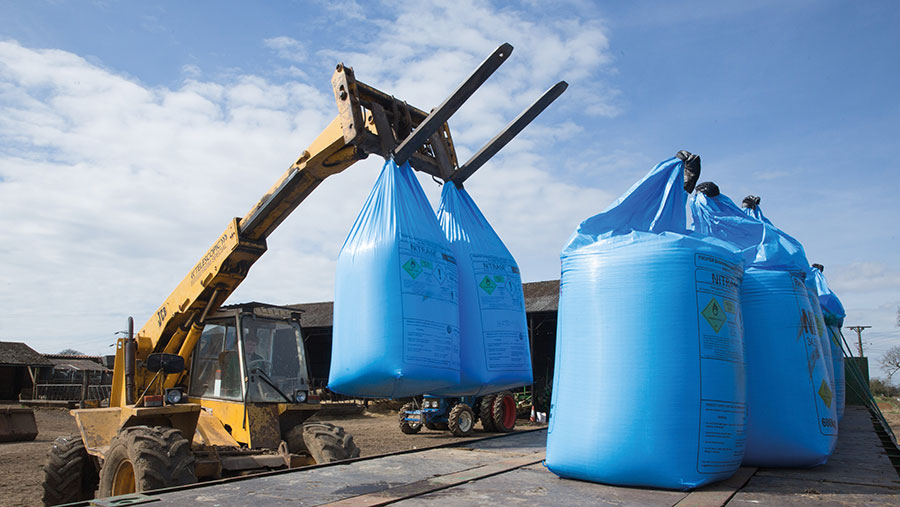 Farmers may have been upbeat about the health of most businesses during 2021, but prospects for the year ahead seem less buoyant, according to the latest Farmers Weekly Sentiment Survey.

Most farmers taking part in the survey felt they had had a better year in 2021 (see: Policy, prices and weather – what farmers felt about 2021), with higher ex-farm prices for just about everything except pigs, and more clement weather helping to lift output.

Of course there were challenges too, with government policy, Covid-19, access to labour and poor mental health among the biggest.

But the back end of 2021 has been characterised by steeply rising input costs and this, in particular, has clouded expectations.

Perhaps surprisingly then, when asked how optimistic or pessimistic farmers feel about the next six months, there is still a degree of positivity.

Drilling a bit deeper into this, is was no surprise to find that farmers who said they had had a good year in 2021, who said they felt in control of their businesses, and who had seen a reduction in their borrowings were in the more optimistic camp.

The most upbeat overall were those with oilseed rape in their rotation and those in the under-34 age bracket.

Looking further ahead, however, there has been a significant decline in farming prospects. Asked how they felt about the outlook for the next two years, the proportion who said they were “optimistic” or “very optimistic” dropped from 42% last year to 30% this year.

In contrast, the proportion of farmers who felt “pessimistic” or “very pessimistic” about the two-year outlook climbed from 32% in 2020 to 38% in the latest survey

For an explanation of why this might be, one need look no further than our Sentiment Survey results for price expectations – of both outputs and inputs over the next 12 months.

Certainly there is still an expectation that farm commodity prices will stay firm, with 40% anticipating a continued “slight” increase and 15% predicting a “significant” increase.

Across the sectors, it is apparent that dairy farmers are the most upbeat, with 71% anticipating further price rises over the next 12 months, be they “slight” (61%) or “significant” (10%). This probably reflects the general upswing in prices over the autumn, which some say has been a catching-up exercise, with more to come.

For example, the AHDB points to the cold, wet spring (our autumn) in Oceania, which has quelled milk supply in the southern hemisphere and pushed up wholesale butter and cheese prices 14% during November.

“While higher prices would typically incentivise some increases in milk production, rising input costs are likely to limit any production response from farmers,” it says, suggesting global supplies will remain tight.

Nick Holt-Martyn of The Dairy Group also suggests the “headline” UK ex-farm price increases of recent weeks still lag behind the market, with demand certain to outstrip supply in the coming months. To match the 17% increase in wholesale markets in the past three months, average farmgate prices need to reach 36p/litre to keep pace, he says.

Conversely, pig producers were the least bullish in our survey, with just 24% expecting a “slight” price rise in 2022 and 12% expecting a “significant” rise, compared with 33% who expect to see a further decline.

The issues of abattoir labour shortages and pigs backing up on farms are well documented and, with 30,000 animals now destroyed for lack of processing capacity, there seems little expectation of an imminent improvement.

Such woes are compounded by trends in farm inputs, where more costly feed, fuel and fertilisers have already taken a toll and where 57% of farmers surveyed expect to see further “significant” rises in the next 12 months.

There is a slight difference in perception between farm managers and owner-occupiers, with the latter seemingly the most worried about major price cost hikes.

But, according to farm type, it’s a pretty even spread, with more than half of arable, livestock, dairy, pig and poultry farmers anticipating “significant” input cost rises to come.

“Costs for many key inputs, such as fuel and fertiliser, have risen rapidly,” says Richard King of farm business consultant Andersons. “Labour availability and cost is a pressing issue for many businesses, not least those in intensive business and livestock.

“Price rises have also been seen in the cost of many capital items – machinery, equipment and buildings – making it more difficult for those that wish to invest. Inflation will also make its mark in general overheads such as administration costs.

“Coupled, at least in England, with another large drop in the basic payment, this is likely to see profits fall.”

What else did the Sentiment Survey tell us about British agriculture?

What is the greatest challenges for 2022?

While market conditions are undoubtedly farmers’ number one challenge for the year ahead (mentioned by 33%, compared with 17% last year), government policy is not far behind.

This is not surprising in England, where changes in domestic support post Brexit are already coming into effect, with basic payment cuts now biting.

It was also a top concern in Wales, probably because the Welsh government is pressing ahead with its Sustainable Farming Scheme.

But in Scotland and Northern Ireland just 17% and 20%, respectively, placed government policy as their greatest challenge, as the pace of change is slower and their governments seem more supportive.

Across the board, extreme weather is perceived as less of a threat than it was in 2021, but access to labour remains a key challenge, especially in the fruit and dairy sectors. Other challenges mentioned include fertiliser costs, inflation, imports, succession, and “noisy vegans”.

What would you do with £1m?

As was the case last year, farmers still seem dedicated to the cause. When asked what they would do if they were given £1m, the most common answer (28%) was that they would invest it in the farm.

This was actually down on last year’s finding, while there was a slight increase in the proportion who said they would use it to diversify or retire from farming.

At today’s interest rates, £1m would not generate much of an annual income to retire on, but combined with Defra’s planned lump-sum exit scheme for England, perhaps it is now becoming a viable option. Younger farmers (under-35s) were the most inclined to invest in the farm (50%)

How are your borrowings heading into 2022?

Dairy, pig and poultry producers led the way in terms of increased borrowings, while farmers with oilseed rape in the rotation were ahead of the game in cutting borrowings.

What is the biggest change you have planned for your business in the next three years?

The list of changes that farmers are thinking about for the year ahead is a long one. Encouragingly, succession planning is one of the top ones, as is diversifying, minimising inputs and increasing efficiency.

This question usually draws an array of comments too. “We have already reduced our staff from five to two, and livestock numbers by 25%, so the next step is to burn our cheque books,” said one 500ha-plus Welsh farmer.

Another East Anglian farmer said he would “hopefully attain some planning permission, as growing houses is profitable in the short term”.

How do you feel about future free-trade deals?

The most common answer to this (69%) was that “cheap food imports will damage my business”. Only 8% believed they could compete with the rest of the world, 5% said they believed government assurances that food standards would not be undermined, and 4% said they provided opportunities to expand.