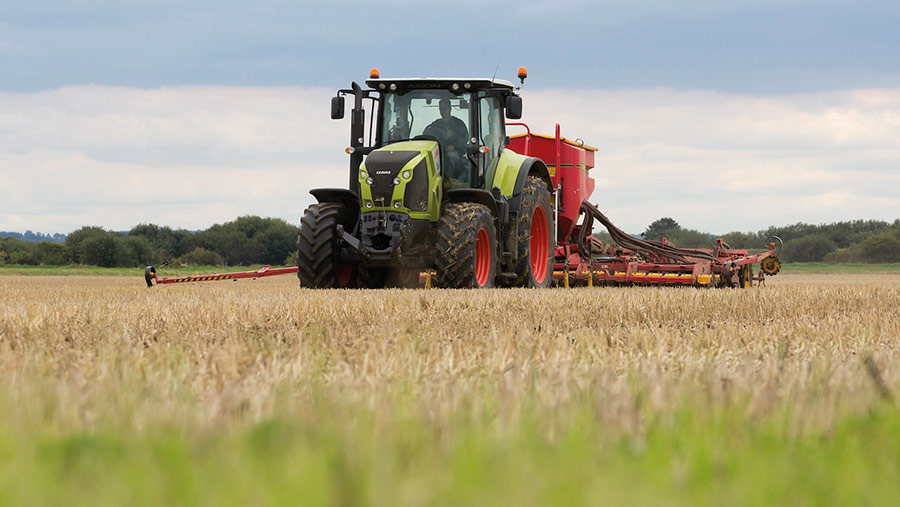 Slowly but surely, the post-Brexit jigsaw seems to be taking shape, with a number of government announcements and consultations in recent months providing a bit more detail on the shape of things to come for English farmers.

The most significant development came last week, as Defra secretary George Eustice set out more details about the Sustainable Farming Incentive (SFI) – which will form the basic level of the Environmental Land Management (ELM) scheme for English farmers as the Basic Payment Scheme (BPS) is phased out.

For each of these standards, there would be three levels of involvement – introductory, intermediate and advanced – which would attract different rates of payment, broadly equivalent to existing Countryside Stewardship rates.

Further details for the pilot were issued in early June, explaining the aims of each standard and the “environmental outcomes and benefits” they should deliver. Defra also offered in-depth guidance for the pilot scheme, setting out the specific actions required under each standard.

It is understood that expressions of interest in taking part in the SFI pilot were received from almost 2,200 farmers and all of these have now been invited to make full applications. Defra anticipates that around 1,000 live pilots should be under way by October.

What else has happened in the past few months?

Future Farming Resilience Fund Launched in March, this offers £9m to organisations and companies to help English farmers prepare their businesses for changes to come.

Lump Sum Exit Scheme In May, Defra launched a consultation into an early exit scheme, offering farmers the chance to take 2.35 times their annual BPS claim up front in 2022 in return for giving up their entitlements and either selling or renting out their land. Farmers have been advised to consider the tax implications carefully (see Business, p20).

Delinked payments  The consultation also covers the delinking of BPS payments from any need to farm the land from 2024 – by which time BPS rates will have been at least halved. Both consultations close on 14 August.

Farming in protected landscapes  This scheme is now open for applications, offering funding to farmers in areas of outstanding natural beauty, National Parks and the Norfolk Broads. It will pay for projects that support nature recovery, climate change mitigation and sustainable farming. The £20m a year scheme will run to March 2024.

England woodland creation offer Launched in early June, this is a stepping stone to the woodland part of ELM. Up to £8,500/ha is available to cover the capital cost of woodland establishment, with annual maintenance payments of £200/ha for 10 years. Top-ups are available for additional public goods, such as planting near waterways, allowing long-term access and aiding species recovery.

The SFI scheme proper is due to open for applications in spring 2022 and last week Defra added more flesh to the bones with an update on its Agricultural Transition Plan. In particular, we learned that:

30% of the funding captured from BPS cuts in England will be allocated to the SFI, which will be rolled out in spring 2022.

The SFI will initially have just four core elements, (as opposed to the eight standards in the pilot scheme), though these will be added to.

The initial emphasis on soil health is not too surprising. “Soil health is the key to delivering our targets on the environment and improving farm profitability,” said Mr Eustice in his speech at Cereals last week.

While the standards are still a work in progress, Defra suggests farmers signing up to the arable soils introductory standard  will have to complete a basic soil assessment, establish green cover over winter on 5% of the area, and increase soil organic matter on 10% of the area.

To get the higher payments, they will have to increase the area of cover crops and adopt low- or no-til techniques on 25% of the area.

The improved grassland soil standards have other conditions about establishing legume, herb and grass mixes, and managing stocking densities.

What about the devolved regions?

Policy development has been slow to gain momentum in the devolved regions of the UK.

Wales Rural affairs secretary Lesley Griffiths has recently confirmed that BPS payments will be maintained at current levels in 2022, subject to Treasury funding. The Sustainable Farming Scheme remains the blueprint for future reform, which will replace BPS with a system of payments for environmental outcomes. The Farmers’ Union of Wales has welcomed a slowing down in policy development which, it says, will allow the ruling Labour Party to fully assess the impact of matters such as the UK-Australia free-trade deal and revise its approach accordingly. A new Agriculture (Wales) Act needs to be in place by 2024, however, if Wales is to retain its powers to pay farmers.

Scotland Long-serving rural economy secretary Fergus Ewing was replaced by Mairi Gougeon following the May election. She has promised to set up an “implementation board” within 100 days to push on with post-Brexit policy formation. NFU Scotland is keen that this should take on the recommendations of the five Farmer-Led Groups, which advocate the retention of direct payments in Scotland, with enhanced environmental conditions attached.

Northern Ireland Most of the recent focus has been on trade issues, with continuing difficulties in terms of moving items such as cereal seed, second-hand machinery, chemicals and live animals from the GB mainland due to the extra certification, testing and labelling restrictions of the Northern Ireland Protocol. There has been some easing of tension in relation to sausages and chilled meats, with the EU agreeing to extend free access for GB products to NI until 30 September. A new domestic farm policy consultation is anticipated this autumn, which may include an element of coupled support.

The policy update also sets out a number of guiding principles for all agri-environment payments including that they should provide good value for money, are ambitious, and encourage wide participation.

To this end, Mr Eustice confirmed that the payments for the two soil standards under SFI are actually 30% higher than they would have been under existing EU agri-environment schemes, going above and beyond the simple “income forgone” payment methodology.

Eventually, Defra wants to see more than 70% of farmers in England signed up to the agri-environment schemes, compared with 32% now.

As with the pilot, it will initially be open to BPS recipients only and should not duplicate work already undertaken under Countryside Stewardship or Environmental Stewardship.

There is also an ambition that payments under ELM should reward environmental outcomes rather than just paying for actions, though how this can be achieved is still being explored. Meanwhile, the standards and payment rates quoted so far are “indicative” and may change, says Defra.

Defra plans to add more standards between 2022 and 2024 as the SFI matures.

It is also looking at flexibility in agreements and lengths. “We want to make sure that those who have control of the land for more limited periods of time, such as tenants, are able to fully participate,” says Defra.

What to look out for from Defra…

Nature Recovery Also in the autumn, Defra will publish details of the first pilots for Nature Recovery (the second tier of ELM) which will start in 2022.

New entrants’ scheme  Details are expected this autumn, but any scheme is expected to focus on items such as business advice and mentoring, rather than direct financial aid or linking it to land released under the Lump Sum Exit scheme.

Farming Investment Fund This is to be launched by October for English farmers, comprising a lower value Farming Equipment and Technology Fund and a higher value Farming Transformation Fund.

Countryside Stewardship Payment rates are set to be adjusted (upwards) later this year to better align with SFI.