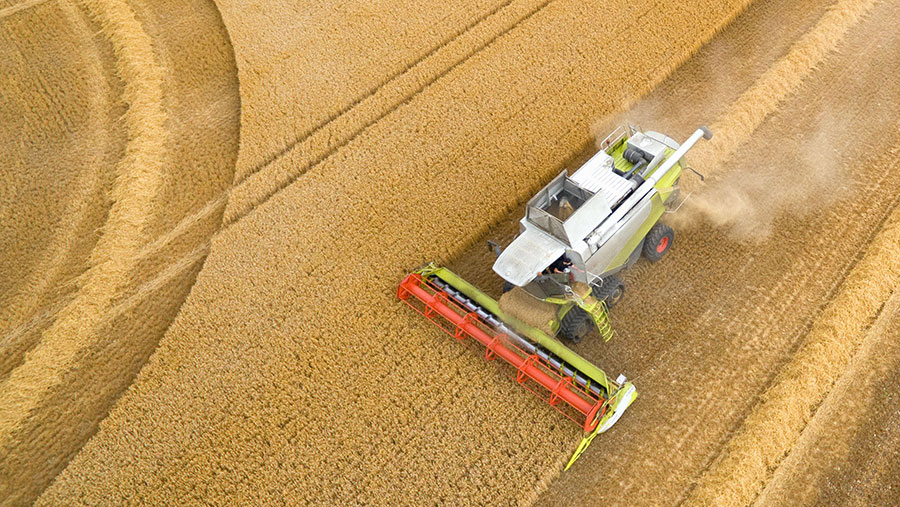 Farms who see their support payments capped after Brexit will be encouraged to recoup lost money by becoming “early adopters” of a new environmental scheme.

Larger farms will be among the first to face a limit on support payments received after the UK leaves the European Union next year.

Direct payments will be made on the same basis as now in 2019 – but the government intends to limit payments afterwards.

Money saved by imposing a limit on direct payments will be used to fund a new support system based around environmental measures, says farm minister George Eustice.

The goal is to introduce this new system at the same time as capping, he suggests.

Rather than rewarding farmers simply for owning land, the scheme will reward farmers who undertake measures such as protecting and enhancing soil health.

Mr Eustice has previously spoken of his aim that farmers undertaking such measures should be properly rewarded rather than compensated on an “income foregone” basis.

A government consultation on the proposals is expected this spring ahead of an agriculture bill later this year.

Overall government expenditure on agriculture will remain broadly the same at about £3bn until 2022, says Mr Eustice.

But during this time, the cap on direct payments will encourage farmers to switch to the new system of environmental support.

The government had yet to decide the level of capping – but larger farms will be affected first, Mr Eustice told the Norfolk Farming Conference on Thursday (1 February).

“You would then invite those people potentially to join a new scheme as an early adopter,” he said.

A cap of £25,000 on direct payments would leave 75% of farmers unaffected, said Mr Eustice.

But he stressed this was only an example and the government will consult on the level of capping – and whether it should be imposed as an upper ceiling or a sliding scale.

Bringing across a few larger farms to the new system first has a lot of attractions, Mr Eustice told conference delegates at the John Innes Centre, Norwich.

It means the new scheme can be stress-tested and any creases ironed out before it is opened to everyone.

It also means Defra can ensure there are no unresolved IT problems lurking in the shadows, said Mr Eustice.

“It is not easy to move from one system to something that is quite radically different,” he explained.

“The only way to do it properly is to have a transition.”

Farmers at the conference voiced concern at the proposals.

This should be taken into account before capping is imposed, added Mr Gooderham.

Mr Eustice replied by saying the concept of area payments was wrong in principle.

“We want profitable farmers producing food and being properly rewarded for the environmental goods that they are offering – and that bit won’t be capped,” he said.