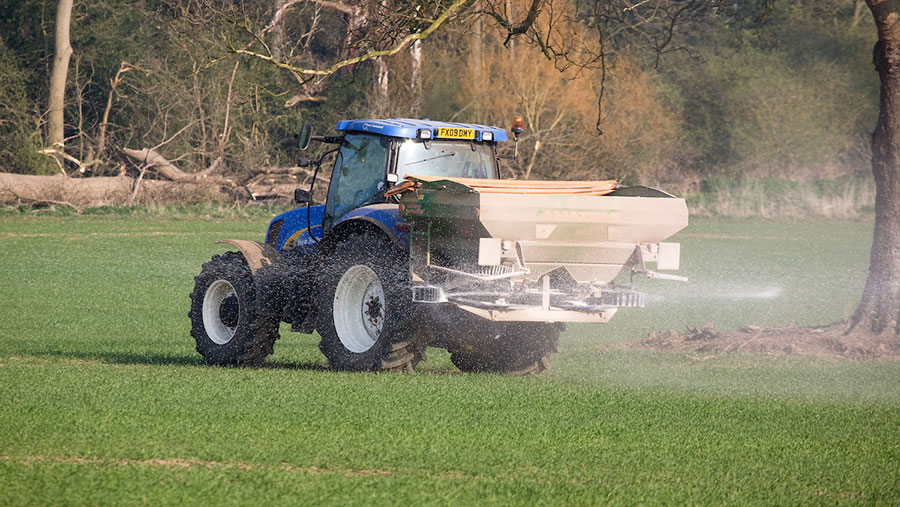 A total ban on the use of solid urea in England is in the offing, as one of three measures the government is considering as it seeks to cut ammonia emissions from agriculture.

A new consultation launched on Tuesday (3 November) explains that 87% of the UK’s ammonia emissions come from farming, which is harmful to natural habitats and waterways, as well as to human health.

Of this, 18% is attributed to inorganic fertiliser application

“Any changes will need to be made in a way that is realistic and achievable for farmers, but which help us to achieve our ambitious targets for better air quality,” said Defra secretary George Eustice.

“This will build on the comprehensive action we are already taking to tackle air pollution – with emissions of fine particulate matter down by 9% since 2010 and £3.8bn invested in ensuring our air is the cleanest in decades.”

While all three options are open for discussion, the Defra statement makes clear that a ban on solid urea, “which gives us the most amount of ammonia emission reductions” is the “preferred approach”.

“While each of these options will support the government’s commitment to reducing ammonia emissions, a ban on solid urea fertilisers would achieve around 31% of the ammonia reduction target by 2030,” said a Defra statement.

According to Roger Sylvester-Bradley, head of crop performance at Adas, a ban on the use of solid urea would have significant cost implications for both arable and livestock producers.

“Although urea only makes up about 20% of the fertiliser market, it is significantly cheaper than ammonium nitrate,” he said.

“Including a urease inhibitor might help reduce emissions, but that too would push up costs.”

It appeared that growers would still be able to use liquid urea, but this was usually incorporated with liquid AN and required much more specialist, and expensive, equipment and storage, added Mr Sylvester-Bradley.

“More than one-third of Britain’s wild flowers prefer low nutrient conditions and are therefore losing their roothold,” she said.

“Species such as harebell and bird’s-foot trefoil are being crowded out by more ‘brutish’ species like brambles, hogweed and hemlock that revel in excess nitrogen, with knock-on effects to the habitats and the wildlife they support.”

As well as this consultation, the government is also encouraging the use of low-emission agricultural spreading techniques by 2025, requiring slurry stores to be covered by 2027, and setting standards for new livestock housing.