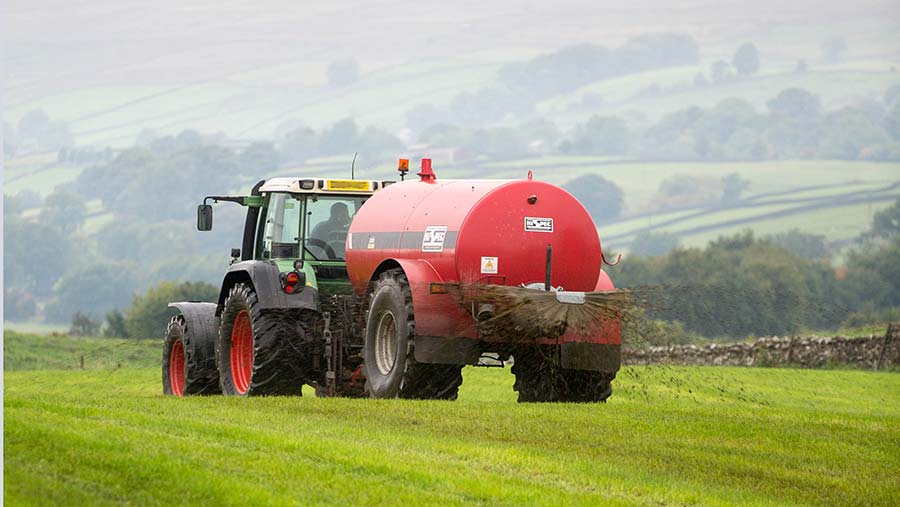 Reducing pollution from farming and increasing wildlife habitats are among new targets set out by Defra to help the UK’s “green recovery”.

See also: Q&A with Defra on the planned ELM scheme

Announced on Wednesday (19 August), the legally binding targets are part of the Environment Bill, which will continue its passage through parliament in September.

Reducing pollution from agriculture, in particular phosphorus and nitrate, is one of the key aspects under consideration within the government’s water target, with Defra saying improvements in water quality have stalled in recent years.

Joe Gilbertson, head of fertilisers at the Agricultural Industries Confederation (AIC), said the government target was not a surprise and was something the industry had been working towards for years.

He said: “These trends are going in the right direction anyway.

“There is a need to be more effective in the way manures are applied, but in terms of nitrogen use efficiency, for example, that is a key indicator of farm efficiency and we would encourage the better use of nutrients generally.

“Nobody wants to see nutrients being applied to land and not having the effect that is necessary in terms of driving crop production.”

There are also plans to restore and create wildlife habitats in protected areas of the country, as well as the wider countryside.

This could include a drive to increase farmland bird numbers.

A public consultation on the proposals is expected in early 2022.

The targets are not set in stone and the government said it would adapt them, or introduce further priority areas, to ensure it was addressing the most pressing issues.

He added: “The UK can become a world leader in climate and nature-friendly farming, but we desperately need the government to be ambitious on targets and deliver a robust baseline of environmental standards for land management that are enforced by a strong regulator.”

The new environmental watchdog, the Office for Environmental Protection, will report annually on the progress that has been made in improving the natural environment in accordance with the government’s targets.

Environment secretary George Eustice said: “I hope these targets will provide some much-needed certainty to businesses and society, as we work together to build back better and greener.”