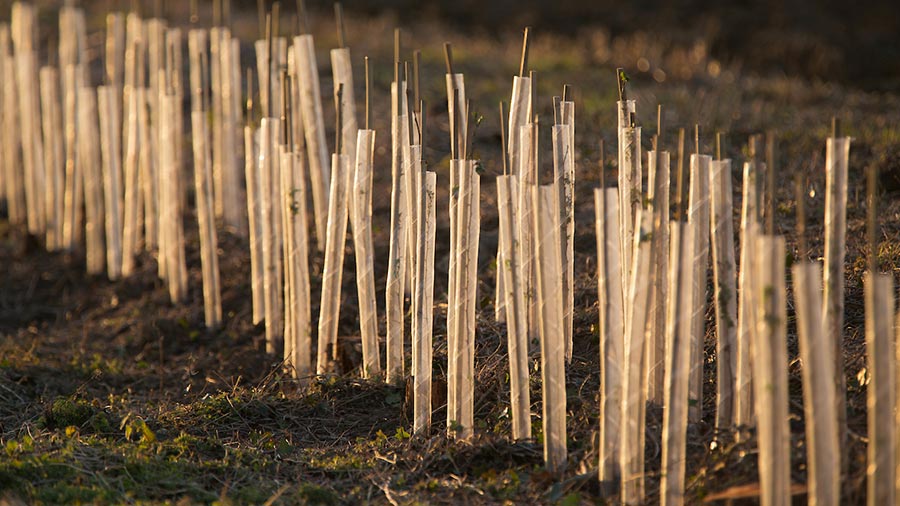 Defra may have closed its latest consultation on the planned Environmental Land Management scheme, but farmers still have plenty of questions.

Farmers Weekly tuned into a recent Q&A session with Gavin Ross, head of Defra’s ELM scheme, to find out what farmers still want answers to.

Will ELM pay for environmental work already carried out?

With ELM, we are paying for the environmental benefits being provided by the land, so whether they’re new developments or existing ways, both will be covered and both will receive a payment.

How will government funding work?

The current government has made a commitment that, for the duration of this parliament (up to 2024), the same amount of money that currently goes into the agriculture sector will be sustained.

For England, the £2.3bn that now goes through Pillar 1 and Pillar 2 of the CAP, that level of funding will be sustained over that period.

How can tenant farmers gain financial access to ELM?

We are keen to enter into agreements with the people who are actually working the land, because they are going to be the people delivering the outcomes for which we’re paying.

With the phasing out of the Basic Payments Scheme (BPS), a funding stream under ELM is likely to be needed to secure optimal income, so it would be in all parties’ interest to find solutions to enable longer-term agreements to be entered into.

It’s a key point, and information we’ve had back from farmers and stakeholders is that a multi-year annual agreement of five years seems to be one of the starting points for ELM, but that still needs to be tested and explored further.

We are keen that ELM provides longer-term sustainable benefits, which does mean land management practices being carried out over a number of years.

We are looking to have a very simple application process and for the detail to be controlled by the farmer in terms of establishing their whole farm plan, demonstrating how they will take the actions to deliver the measures that are going to be reflected in the agreement.

You want the advice to be on the practical implementation and actions on the land and not about completing forms, or having to read really extensive details about how to apply.

Won’t paying for outcomes (rather than specific actions) put the risk on the farmer?

While we’re very keen that we should be paying for what the land will deliver, there’s also an understanding that measuring such outcomes can take a long time.

So it is highly likely that the payments will be based on actions that have been taken, that we have every confidence will deliver those outcomes over time if they are implemented well.

What are the other options for payment methods?

We recognise there are shortcomings with “income forgone plus costs” and, whatever the methodology that’s used to determine payments, what we are very clear about is that the financial offer has to be attractive and there has to be a profit element in there.

With the phasing out of BPS, if there isn’t a profit element, if it isn’t financially attractive to farmers and land managers, why would they take it up?

The balance is how big a financial incentive against value for money. We have to get people into the scheme before any environmental benefits are delivered.

Two of the longest running tests and trials are about payment by results and a lot of the farmers involved in that are very enthusiastic and committed to that.

It is likely for the pilots (due to start next year) and the start of ELM (in 2024) that payments will be focused on actions and income forgone plus costs.

When will more information be released?

We’re intending to publish comprehensive information about what the actions are that will be paid for before the end of this year.

The national pilot will have relatively small numbers of farmers and land managers involved, starting off the first phase with about 1,000 and building up to about 5,500 over the course of the three-year pilot.

Can you move between tiers or be in more than one tier?

We’re very conscious not to have hard barriers between the different tiers and yes, very much, we would see farmers’ agreements being able to cover more than one tier.

The other advantage of land management plans is that you can also layer other payments over it, such as developer’s net gain payments, tree planting funding, and companies looking to offset their carbon costs. Farmers and land managers are well placed to be in that market as it emerges.

The three tiers of ELM

Tier Three: “Landscape scale land use projects”, which could include woodland creation and peatland restoration

Will ELM agreements be available to the public?

It provides a route by which the local community can see how they are benefiting from the farmer’s work.

Will organic farming be included under ELM?

If you have access to land for a sufficient length of time to enter into an ELM  agreement, we’d be keen to buy those environmental benefits from you under an agreement.

So, notwithstanding the nature of your business, providing it meets whatever regulatory baselines are, we would be keen to buy the environmental benefits.

Will some farmers be unable to take part in ELM?

I would be very surprised if a farmer wasn’t able to get onto and enter into an ELM agreement.

We have the £2.3bn available from the CAP, which will become available at the end of transition, providing ELM can demonstrate it is providing value for money and therefore a continuing priority for the government to invest in.

About 89,000 people benefit from BPS (in England). ELM potentially goes wider than that, but it’s a large sum of money that is available so I would expect people who want to enter into ELM should be able to do so.