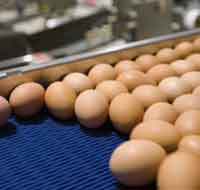 The British Egg Industry Council is urging all egg producers to write to their MPs and MEPs to voice their concerns about the threat of egg imports from EU member states still using conventional cages post-2012, and from planned tariff reductions under the Doha Round of world trade talks.

As part of its campaign, the BEIC is also hosting a briefing session in the House of Commons on 26 October, to explain these threats to British MPs and urge them to push for an intra-EU trade ban on conventional cage eggs post-2012, as well as a new “No 4” production code for enriched cage eggs.

“It is vital that we now have a strong show of support from the whole of the egg industry to demonstrate to politicians in both London and Brussels that this is an issue of real importance,” said BEIC head of public affairs, Giles Clifton.

Egg producers – be they cage, free range, organic or barn – are encouraged to write to their local MPs as soon as possible, pointing out the effect these developments would have on their businesses, and urging them to attend the briefing and to write to UK farming minister James Paice.

Details of who their MPs are can be found by logging on to www.writetothem.com and entering a postcode.

Egg producers are also urged to write to their MEPs, asking them to write to EU agriculture commissioner Dacian Ciolos and trade commissioner Karel de Gucht, demanding an intra-community trade ban and a new code for enriched eggs.

“It is vital that MPs and MEPs receive a large number of letters raising these issues,” said Mr Clifton.

The BEIC has prepared a special briefing pack, including sample letters for both MPs and MEPs, which can be obtained by contacting giles.clifton@britisheggindustrycouncil.com or phoning 020 7608 3760