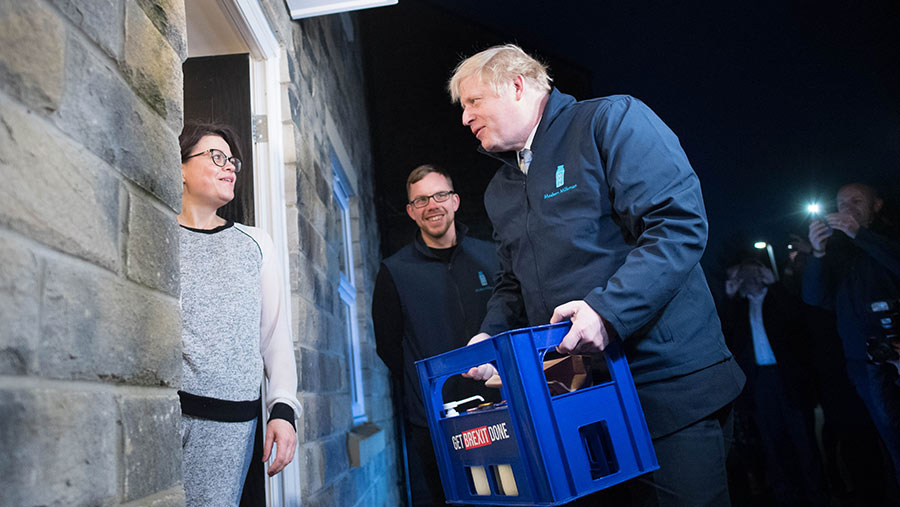 Industry leaders have called on the new government to put in place policies that enable British farmers to reach their full potential – and recognise the importance of UK agriculture.

The general election outcome is set to determine the framework within which farmers must operate – including the UK’s approach to international trade, food standards, climate change mitigation and the a new system of farm support.

See also: Election 2019 – What the political parties plan for farming

Speaking as voters prepared to go to the polls on Thursday (12 December), farm leaders said it was crucial that British farmers were able to deliver for consumers, the environment and the economy – whoever formed the next government.

NFU president Minette Batters emphasised her determination that British farmers must not be undermined by food imports that would be illegal to produce here in the UK. Politicians of all parties must honour their pre-election commitments on food standards, she said.

In the coming weeks, the UK’s four main farm unions will step up their plans to drive the message home by holding a “day of action for agriculture”. It will see farmers from across the UK hold mass rallies to highlight their contribution to the economy and environment.

The Tenant Farmers Association said the election campaign had inevitably centred on Brexit and the future of the NHS. This meant too little of the debate had focused on the future of UK agriculture and the 70% of the landscape it covered.

TFA chief executive George Dunn said: “Our farmers are in the driving seat to deliver across a range of societal needs. This starts with producing great-quality food to high environmental, animal welfare and social standards.

“We can add to this landscape: biodiversity; flood risk management; clean water; clean air; renewable energy; access to the countryside; carbon storage and sequestration; and the vital backdrop to our important tourism industry.”

Politicians must to think carefully to ensure there are no unintended consequences from their policies, said Mr Dunn. And he warned: “We put all of this at risk if we fail to ensure that farmers can secure a sustainable level of profit from their businesses.”

The Country Land and Business Association wrote to parliamentary candidates in every rural constituency across England and Wales in the run-up to the election.

Profitable and sustainable farming was a fundamental pillar to the CLA’s rural powerhouse campaign, it said.

CLA president Mark Bridgeman said: “It is now vital that the political parties go a step further, guaranteeing British farmers will be supported during future trade negotiations so that they are not undercut by cheap imports produced to lower standards.”

The countryside could also “provide answers” to issues ranging from climate change to the housing crisis, said Mr Bridgeman. “We are ready and raring to go – and with the right political support we can realise the countryside’s huge economic and social potential.”