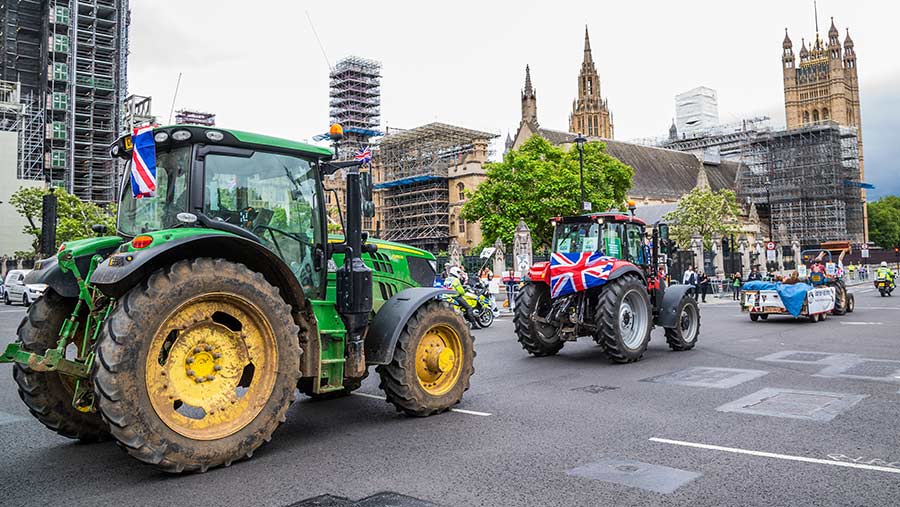 Save British Farming (SBF) is urging farmers to drive their tractors or other farm vehicles to London for a second protest against government plans to lower UK food production standards in future trade deals.

The campaign group is planning a socially distanced, drive-slow demo around Parliament Square in London on the afternoon of Monday 28 September.

The peaceful protest has been timed to coincide with the Agriculture Bill returning to the Commons that day ahead of a final vote into law.

SBF has already held a summer of activities including a tractor demo in London in July, an ongoing banner campaign and a day of activities for Back British Farming Day to highlight the threat to UK food and farming standards posed by free trade deals with the US and other countries.

The campaign group’s founder, Liz Webster, said: “We must protect and promote our high standards of food safety and sustainability – not allow sub-standard imports, such as US chlorinated chicken and hormone-fuelled beef, that will threaten the nation’s health and survival of family farms countrywide.”

The Agriculture Bill is currently at the crucial Report Stage in the House of Lords. Opposition and rebel Conservative MPs are co-operating on three key issues and which could force votes on trade standards, climate change and the National Food Strategy.

The bill will then head back to the House of Commons for sign off prior to Royal Assent.

SBF is urging farmers to write to their MPs to demand that the current high food standards for home-grown and imported produce are written into law in the new Agriculture Bill.

The group has produced a “find my MP” online link, including a letter template, to help busy farmers. 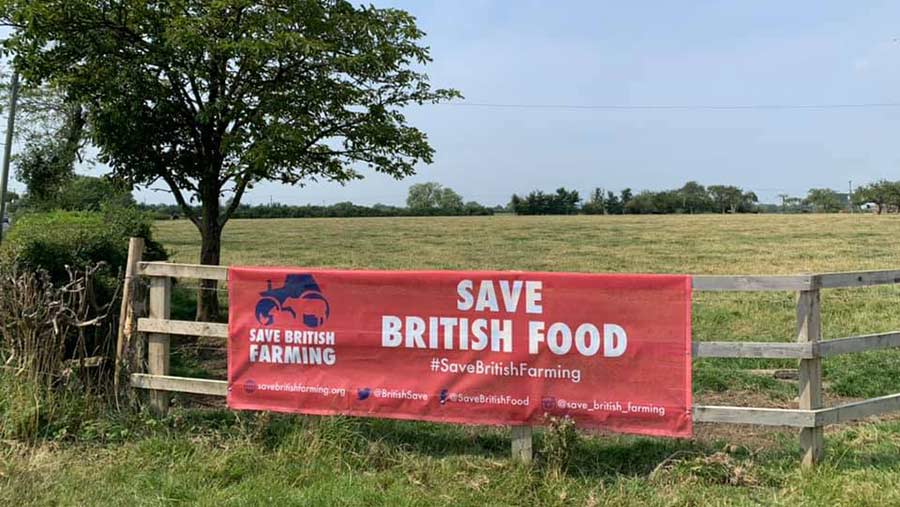 “If we fail to ensure this happens, British food will basically become more or less extinct. Only the wealthiest people in the country will be able to afford to buy British food.

“More farms will go out of business as cheaper, lower-quality imports win the price war on the supermarket shelves. As a result, British farms will become even more rare than they are now.

“That’s quite scary because we lose our food security, but also it means we cause more climate damage and contribute to animal cruelty because the food that is being imported comes from animals raised in poor conditions, crowded in feedlots and fed hormones and antibiotics.”

However, in May, MPs voted to reject an amendment to the Agriculture Bill which would have protected farmers from lower food standards in future trade deals.

The government has responded to criticism from the NFU and others that it is failing to honour its election pledge by launching a Trade and Agriculture Commission, a move which has been welcomed by the industry.

However, the independent advisory board has been set up to advise and inform the government’s trade policies – it does not have any legislative powers.