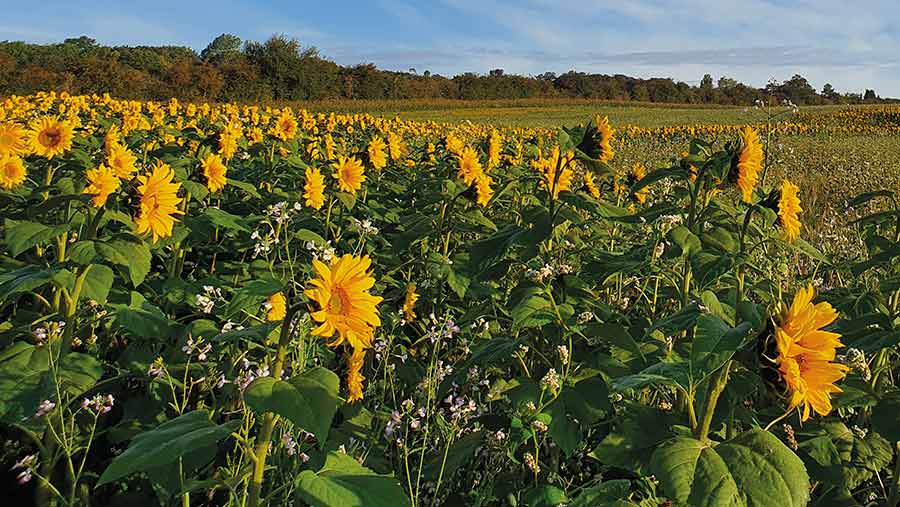 Farmers are calling for the Rural Payments Agency (RPA) to carry out a root-and-branch review of how it manages agri-environment schemes amid concerns that hundreds have been unfairly penalised with their agreements.

Several farmers and agents whose clients were left thousands of pounds out of pocket have spoken to Farmers Weekly about unfair fines and deductions applied to their claims.

This follows a recent thread of tweets on Twitter posted by arable farmer Tom Allen Stevens (@tomallenstevens), explaining how the RPA miscalculated his Countryside Stewardship (CS) payments and treated him unjustly because of a computer error.

Mr Allen Stevens, who farms 170ha in Oxfordshire, said his case follows the results of an inspection in August 2019 for his five-year CS agreement from 2015 to 2020.

The RPA sent him a report in July 2020, warning he had not planted 4.49ha of bird seed mix. But when he checked his contract, he found he was only supposed to plant 3.15ha.

I believe there’s a class action to be raised against @Ruralpay for unjust penalties and incorrect procedures applied on appeals. I’m putting my evidence in this thread & believe I’m one of 100s, possibly 1000s of farmers who have been unlawfully and unjustly treated by RPA pic.twitter.com/7ngbtsmO4d

He contacted the Defra agency and explained it had calculated the wrong acreage for option AB9 wild bird seed cover crop, but it insisted he had been misclaiming for years and would be fined.

Mr Allen Stevens said at first the RPA refused to accept any blame. But the agency subsequently admitted there had been a computer error in his agreement from 2016, which had “triplicated” the line for AB9 in the parcel.

The RPA later wrote to him and apologised for the clerical error, which had “caused confusion”. After reviewing his case, the agency overturned the penalty and refunded about £2,500.

Mr Allen Stevens said farmers were busy people and many do not examine their payments and realise they have been wrongly fined.

He discovered that another deduction of £12.99 made against his claim was unjust. He challenged the deduction, and the RPA issued a refund after also initially refusing to accept any blame. 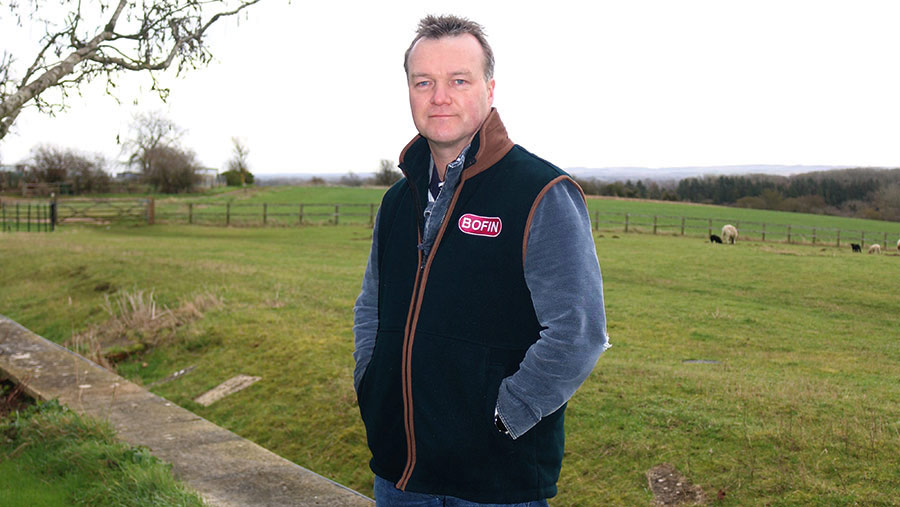 The Rural Payments Agency (RPA) has significantly raised its payment performance for the Basic Payment Scheme, but the timeliness of payments for both CS and Environmental Stewardship (ES) continues to frustrate farmers.

Oxfordshire arable farmer Tom Allen Stevens has taken out a new five-year CS agreement, which started in 2021, increasing the size of his land under stewardship from 10-15% to 33%.

Mr Allen Stevens has incurred a lot of up-front costs in the first year of the new scheme (2021), including expensive seed mixes, amounting to tens of thousands of pounds. But the RPA has not paid him yet.

“We put our claim in in May 2021 for the work we did last year, and we still haven’t been paid a penny ,” he said. “Strictly speaking, they must pay us by June 2022. They are way behind on CS payments.”

Mr Allen Stevens sent a Freedom of Information request to the RPA to find out how many CS agreements had suffered deductions and/or penalties since 2015.

The results showed the payments agency had clawed back almost £10m from farmers and land managers between 2015 and 2020.

During this period, 8,062 CS agreements either had a penalty or deduction applied. But only 102 farmers raised a complaint with the RPA, of which 62 were upheld.

Mr Allen Stevens accepts that many penalties will have been genuine, but when he reflects on his own situation and the figures, he believes hundreds may have had their claims unfairly deducted.

“I wonder how many farmers there are within the 8,062 who realised the RPA had made a mistake, but couldn’t be bothered to chase it up. That’s the injustice here.”

He hopes that speaking out will encourage more farmers to come forward with their own stories of unfair treatment by the RPA.

And, if there are enough claims, he says there is the possibility of launching a class action for unjust penalties and incorrect procedures applied on appeals.

Mr Allen Stevens said some farmers may be concerned about speaking out, fearing they will be targeted by the RPA for penalties and inspections, but this would be illegal.

Farmers Weekly has spoken to several other farmers and agents who claim to have suffered unjust treatment.

The penalty followed an on-the-spot inspection in 2017 which was back-dated to the start of the agreement.

The inspector found fault with a couple of options, including a lack of wildflowers in floristically enhanced field margins – in February – and margins that measured below the minimum 6m requirement in places.

The farmer went through the appeals process, but had his case rejected. His agreement ended last year and the experience has left him very reluctant to enter another scheme.

“There needs to be more of a partnership approach to stewardship between farmers and the RPA,” he said.

“The farmers who enter these schemes have the best intentions. There needs to be a more conciliatory approach to problems, rather than a carte blanche removal of all the money, which you then must fight to get back.”

An East Anglian mixed farmer told of a two-and-a-half year battle against the RPA concerning a Mid Tier CS scheme.

The farmer, who did not want to be named, detailed a catalogue of blunders from the RPA, including late acceptance onto a scheme, which then left little time to sow the AB9 wild bird cover option, which resulted in a penalty.

The RPA also claimed back four years of payments for arable land taken out temporarily and placed into GS4 legume and herb-rich swards after later deciding the option should never have been allowed on a sloping field at risk of soil erosion.

Fines were also incurred for year-on-year changes in growth of woodland edges on arable land, as the original woodland edge was no longer in its original starting place.

The farmer said it cost the business about £35,000 in claims and penalties before most of the money was finally recouped following intervention from senior Defra staff.

“The policing of CS is so brutal,” said the farmer. “They [the RPA] are supposed to be delivering environmental schemes, not policing and fining.

“It seems to me they enjoy getting their money back. I believe there should be a facility to have a discussion between the farmer and an arbitrator to resolve any problems before a fine is issued.”

Looking ahead, Mr Allen Stevens said it was imperative that the RPA reviews its payment systems to ensure the smooth running of the upcoming Environmental Land Management (ELM) programme.

“CS only makes up about 10-20% of the subsidy farmers currently receive, but the same structure is going to be used increasingly under the ELM scheme,” he added.

“Just imagine what could happen if it uses the same system for ELM that has penalised farmers for so many years before? The chances of it going wrong are huge.

“The reason it’s so likely to happen is that the RPA hasn’t acknowledged the mistakes it has made in the past.

“There should be a review of its procedures and an acknowledgment of where it went wrong. I don’t think that process has happened.”

“These are faults that the RPA has made and it won’t acknowledge them until enough farmers come forward and say: ‘I’ve been mistreated’.”

An RPA spokesperson said: “We always endeavour to support all farmers fairly, following guidance and regulations, and completely understand the frustration farmers may feel when payments are not timely or not meeting their expectations.

“Our appeals process is open to all our customers who wish to have their case reviewed. Should they be dissatisfied with the outcome of the review, they can appeal to an independent panel of agricultural experts.”

The NFU urged all farmers to always check their payments against their agreements and seek explanation for any variation on what they were expected to be paid.

The union said that over the years it had seen “some very harsh sanctions” applied to some of its members’ scheme payments.

“What does not help is the position and assumption at the outset that the farmer is guilty, when they may not be,” added an NFU spokesperson.

The union said it would continue to work with Defra and the RPA to improve the administration of schemes.

It insists that trust between the farmer and scheme administrator must be placed at the heart of the development of new domestic schemes.

Are you a farmer in England who feels unfairly treated by the RPA over an agri-environment agreement? Email philip.case@markallengroup.com.

Elton Moulds, a rural chartered surveyor at Perkins George Mawer and Co, has dealt with numerous cases where farmers were unfairly treated by the Rural Payments Agency (RPA).

The two biggest appeals concerned farmers with Entry Level and Higher Level Stewardship agreements who the RPA “threw the book at” following inspections.

One farmer went through several levels of appeal and he ended up in York in front of a panel, where he gained a partial victory.

“At one point, they owed him £70,000-£80,000 because they withheld his payments and his Basic Payment Scheme money,” said Mr Moulds. “It rolled on for years and eventually we got most of the money back. It was an absolute nightmare.”

Mr Moulds is managing an appeal with another client from September 2019 involving £54,000 in withheld payments and fines. He has won a partial victory and received just under half the money back, but the appeal is ongoing.

“We’ve ended up winning a lot of the smaller appeals because eventually common sense prevails. But it often takes three or four appeals, two years and a load of messing about.”