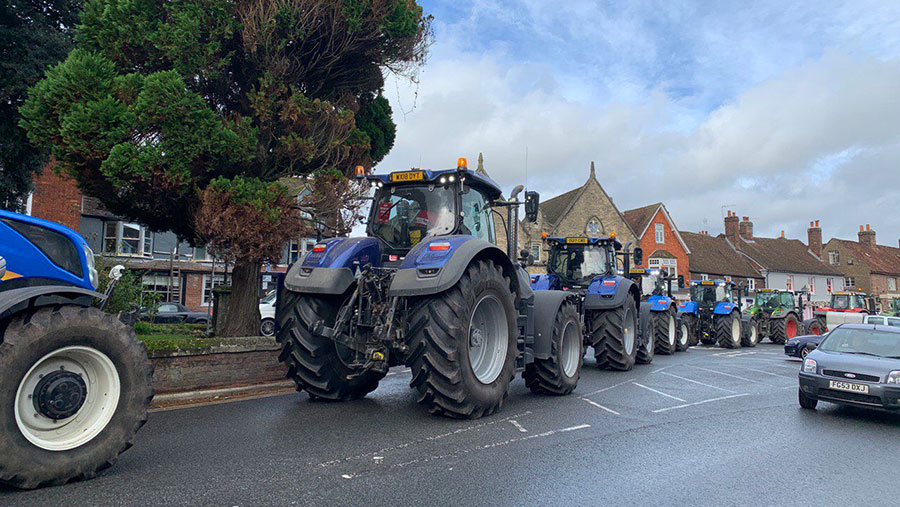 Fed-up farmers are preparing to stage protests over UK government plans to sign tariff-free trade deals with Australia and other countries, which they fear could lead to a flood of cheap food imports.

World leaders who are intent on signing free-trade deals for agri-foods with the UK have been told to expect a frosty reception when they attend next month’s G7 summit, from 11-13 June in Carbis Bay, Cornwall.

Farm lobby Save British Farming (SBF) is eyeing a protest outside the event to demonstrate the anger from the farming industry towards Boris Johnson’s government.

‘Fight of our lives’

SBF founder and farmer’s wife Liz Webster said the group was contacting local farmers about organising the protest. “We have the fight of our lives to save our British values.

“If this [Australia] deal happens without tariff and quota protections for our industry, then our beautiful countryside and safe British food will be gone forever.”

SBF is also urging farmers to use a letter template available at savebritishfarming.org to email MPs, sign up and get involved.

The NFU has outlined key questions the UK government must answer on the Australia free-trade agreement (FTA). These include:

Mrs Webster questioned why the government was “in such a rush” to offer Australia a free-trade deal, if it involves a 15-year transition period.

International trade secretary Liz Truss said negotiators are “in a sprint” to secure a deal in principle with Australia by early June, ahead of the G7 summit, which Australia prime minister Scott Morrison plans to attend.

Shadow international trade secretary Emily Thornberry has written to Ms Truss, asking her to attend parliament to face questions about the offer and what it means for farmers.

“The first proper debate on this deal should not take place only after it has been signed,” said Ms Thornberry on Twitter.

Farm leaders fear signing a free-trade deal with Australia could trigger a “domino effect” of similar trade deals with global agricultural powerhouses such as Brazil and the US, which will leave UK farmers unable to compete and risks their livelihoods.

Almost eight out of 10 Brits believe imported food should meet the same environmental and animal welfare standards as food produced in the UK.

As the UK and Australia progress towards signing a free-trade deal, a survey of 2,093 adults conducted by ComRes, on behalf of the British Guild of Agricultural Journalists (BGAJ), found that 77% believe the standard of imports should match those maintained on British farms.

BGAJ president Baroness Rosie Boycott said: “The public’s attitudes towards food and farming standards is clear and should serve as a reminder that safeguarding agriculture’s world-leading high standards should be a priority as ministers forge ahead with new trade deals.”

The UK-Australia trade deal is expected to lead to similar pacts with New Zealand and Canada in the next few months.

The Canadian government is seeking “a comprehensive, ambitious agreement that further removes barriers to trade, including those faced by agriculture producers”.

A spokesman for the Department for International Trade said: “Any deal we sign will include protections for the agriculture industry and will not undercut UK farmers or compromise our high standards.

“Typically, any tariff liberalisation is staged over time.”

A UK-Australia free-trade agreement could open the door to further low-standards deals with large agri-producing nations such as Brazil and the US, which would undermine British farmers.

That’s the view of food and farming alliance Sustain, which said the UK government was on the path to breaking a manifesto commitment not to undercut British farmers and compromise their high standards in any trade deals

“Australia permits the use of growth hormones and practices such as cutting the skin off live sheep – both of which are banned here,” said Vicki Hird from Sustain.

“They permit the use of twice the number of hazardous pesticides as the UK does and use 16 times more antibiotics in poultry production.

“They also have a lamentable record on clearing forests for agriculture and tackling climate change.”