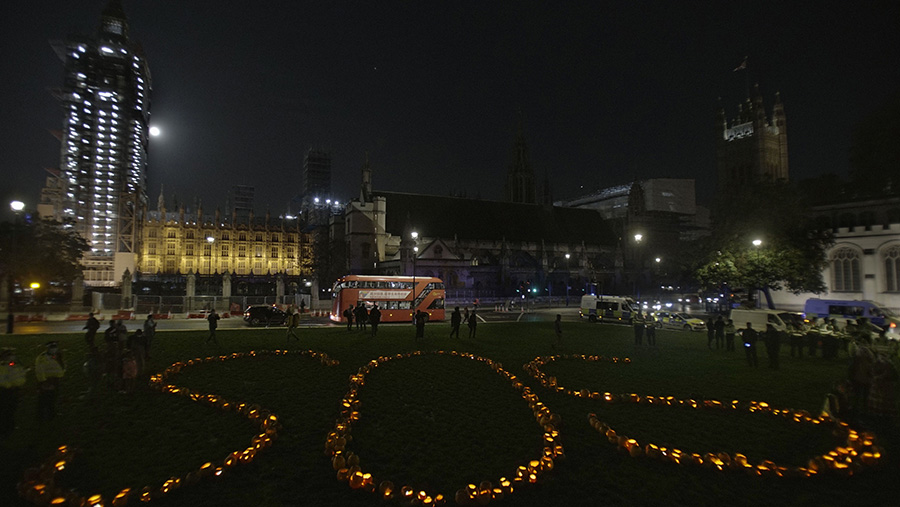 Efforts are being stepped up to try to persuade MPs to support a ban on imports of food that do not meet the UK’s high standards, despite a move by government over the weekend to offer parliament more scrutiny of future trade deals.

On Sunday (1 November), international trade secretary Liz Truss announced that the recently formed Trade and Agriculture Commission would be put on a statutory footing, to be reviewed every three years.

Its reports on the impact of future free trade deals on animal welfare and agriculture will be put before parliament, ahead of any formal 21-day scrutiny period required before those trade deals can be signed off by government.

But political observers and lobbyists say this does not go far enough, pointing out that MPs will still not have a right to vote on such deals.

Watch the video below from the Landworkers’ Alliance and read the rest of the report below.

“It does not give any new powers to MPs to have any greater influence on the terms of any new deals,” said Vicki Hird, sustainable farming campaign co-ordinator at lobby group Sustain.

“And it does not do the job required to give the regulations those red lines that would put the protection of food standards on a legal footing.”

The Farmers Union of Wales has similar concerns.

“The decision to extend the role of the commission, in such a way that complements the role of parliament in scrutinising trade deals under the terms of the Constitutional Reform and Governance Act, is welcome,” said deputy president Ian Rickman.

“But concern remains in terms of the degree to which that Act genuinely allows parliament to block a deal it believes goes against the nation’s interests,”

As such, lobbyists are stepping up their efforts to win MP backing for another amendment, which is due to be considered by the House of Commons on Wednesday (4 November).

Amendment 16B, put forward by the House of Lords, seeks to ensure “equivalence of standards” when it comes to the importation of agri-food products under future trade deals.

While a similar amendment was rejected by the House of Commons last month, the hope is that more Conservative MPs will join the likes of Neil Parish, MP for Tiverton and Honiton, and Theresa Villiers, MP for Chipping Barnet, in defying the government whips.

“If the UK allows in food that is produced to lower standards of farming practice – such as pork injected with ractopamine – this will be sold at a cheaper price, which undercuts UK farmers,” said campaign co-ordinator Jyoti Fernandes.

“They will either be driven out of business, or the UK will need to lower our farm production standards. The question is, do we want a race to the bottom or the top?”

Meanwhile, a letter-writing campaign organised by Sustain has gathered momentum, with about 700 farmers having now signed an open letter to parliament, urging MPs to enshrine high food standards in primary legislation.