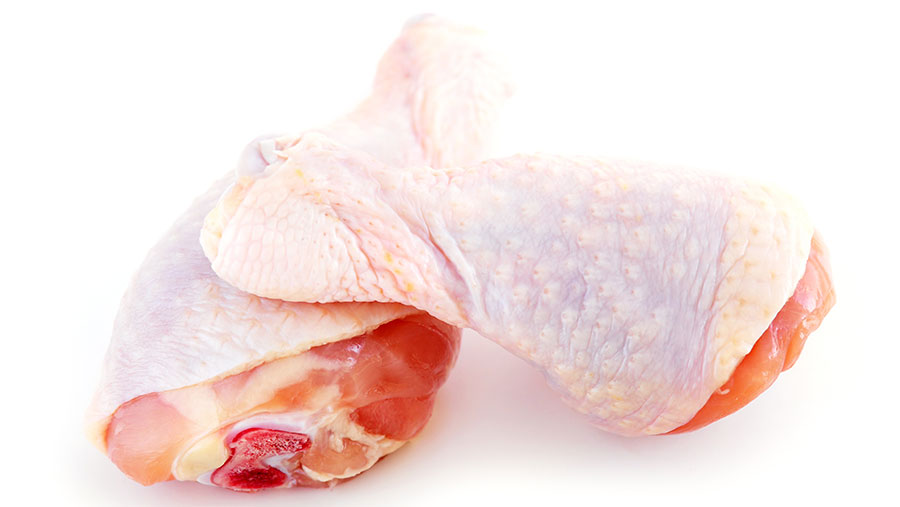 An influential committee of MPs has warned the government that food imports must meet British standards after the UK leaves the EU.

The House of Commons environment, food and rural affairs select committee made the recommendation after an inquiry examining the government’s Agriculture Bill.

Earlier this year, Defra secretary Michael Gove said imports of food produced using techniques banned in the UK would be allowed “over my dead body”.

The committee is now calling on the government to “put its money where its mouth is” and accept an amendment to the Agriculture Bill regarding trade.

The amendment stipulates that food products imported as part of any future trade deal should meet or exceed British standards relating to production, animal welfare and the environment.

Farm leaders have long warned that food produced to standards that would be illegal in the UK should not be allowed into the country after Brexit.

This includes items such as chlorine-washed chicken and hormone-produced beef – both practices that are banned in the UK.

“This legacy cannot be ripped apart by the introduction of cheap, low-quality goods following our exit from the European Union.

“Imports produced to lower standards than ours pose a very real threat to UK agriculture.

“Our suggested amendment calls for agricultural goods to be imported into the UK only if the standards to which those goods were produced are as high as, or higher than, current UK standards.

Industry leaders and food campaigners have welcomed the proposed amendment.

Country Land and Business Association president Tim Breitmeyer said: “We have consistently made it clear to ministers that getting the right trade deal for UK farmers is paramount.

“The UK should not compromise on the rules that guarantee high standards of production, environmental protection and animal welfare.

“An influx of cheaper agri-food produced to lower standards from the EU and beyond would have a significant negative impact on consumers and the rural economy.”

Sustain Alliance farm co-ordinator Vicki Hird said she too agreed that agri-food imports should be only allowed into the UK if they were “to the same standard as our own”.

The MPs’ inquiry was launched alongside the Agriculture Bill in September to examine the post-Brexit provisions MPs believe are needed by the UK agricultural industry.

Due to the inquiry running parallel to the Bill, the select committee focused on three key areas of the Bill – including future trade deals.

The committee also recommends that there should be a multi-annual financial framework for agriculture – effectively providing a long-term funding commitment for agriculture.

And it argues that the Groceries Code Adjudicator should oversee proposed fair dealing obligations for first purchasers of agricultural products, rather than the Rural Payments Agency.

Given the importance of this Bill in shaping UK agriculture in the future, the committee expressed disappointment that it was not given the chance to scrutinise the Bill pre-legislatively.

Mr Parish said: “We are also concerned by the extent to which powers have been delegated.

“This Bill lacks clarity and gives any future secretary of state the opportunity to avoid scrutiny and make crucial decisions while going somewhat unchallenged.

“We would like to see sufficient opportunities for parliamentary scrutiny before any new systems or policies are rolled out.

“Given the fundamental changes ahead of us, we would also like to see the government provide us with a detailed timetable for its programme of statutory instruments relating to this Bill.”