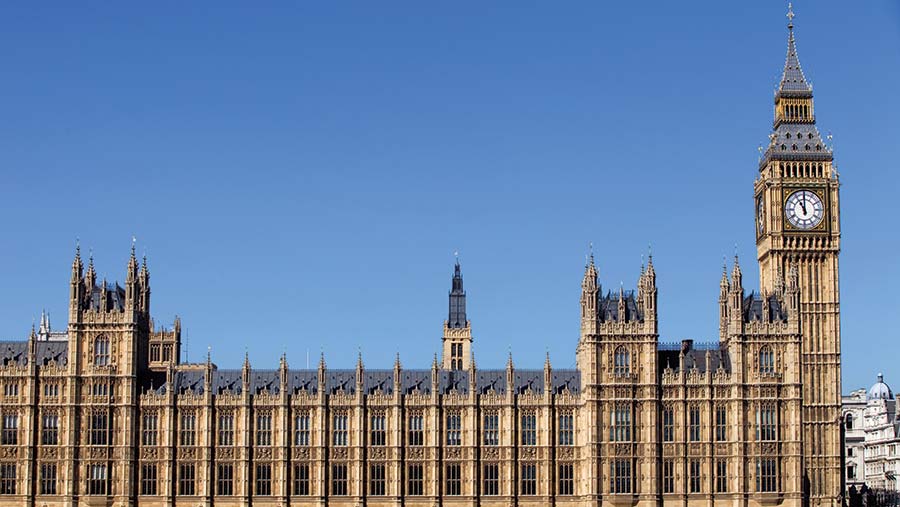 Defra ministers faced a raft of questions submitted by farmers when they were quizzed by MPs this week.

Farmers and other stakeholders were asked to submit questions to ensure that ministers addressed public concerns.

The evidence session focused on the department’s preparations for leaving the EU – including government plans to impose tariffs on a range of agri-food imports in the event of a no-deal Brexit.

Efra committee chairman Neil Parish said: “Defra is one of the government departments most affected by Brexit and is facing huge challenges. We want to ensure that important policy areas are not being neglected.”

Why was the government’s no-deal tariff regime only published a couple of weeks ago without proper industry consultation?

Defra secretary Michael Gove: We wanted to make sure within government that we properly modelled what the impact of the regime would be.

It is intended to be temporary and we have had a number of responses but there has been a widespread recognition – not least from the agriculture sector – that Defra has been successful in providing greater protection for the farming sector than for other sectors of the economy.

Egg and poultry producers are unsubsidised but will receive no trade protection. Neither will there be tariffs on cereal imports. Will you reconsider this?

MG: This is the final position for the next year… Our overall tariff approach is to try to balance protection for the most vulnerable sectors with an attempt to keep consumer prices broadly where they are now for British citizens.

But it is undoubtedly the case there are some sectors where the EU will have tariff protections and that will make life more challenging for domestic producers.

The government’s proposed tariffs on sheepmeat exports in the event of a no-deal Brexit are higher than tariffs on live lamb exports. Can you explain why?

Farm minister Robert Goodwill: The tariff on meat on the hook is over 40% but it is a much lower tariff on live exports. One of the benefits of leaving the EU will be we can ban live exports should we so choose in this parliament.

Previously, we have been prevented from doing because of free-trading rules, but you are absolutely right: there could be a financial incentive to export more live sheep, which is something we would not be keen to see happen.

Do you have any other plans to support British farmers in the event of a no-deal Brexit?

MG: We have specific intervention plans – particularly for the sheepmeat sector. We recognise that the sheepmeat price is likely to go down and therefore that the incomes of sheep farmers who are already facing tight margins are likely to be impacted.

We have proposals to intervene. There are various different schemes that we have discussed with the Scottish and the Welsh government. We think, for example, some form of headage payment based on the number of breeding ewes might well be the best way forward.

But there are some particular issues because some people would be finishing the product rather than maintaining breeding ewes who would be adversely affected.

MG: That question is being addressed by the Lord Bew review. His team are looking at past decision-making and current evidence and they will come – I hope – to a conclusion which will inform what the Treasury and the UK government will do.

It is an independent committee so we will see what they recommend.

What is the government doing to plug the gap in seasonal agricultural workers?

RG: We are aware of the issue. Currently, 99% of seasonal workers who work in the UK come from the EU – mainly 50-67,000 workers from Romania and Bulgaria.

There have been a number of factors which impinge on that and Brexit is not necessarily the greatest. But certainly the signalling that went out after the referendum made some people believe they wouldn’t be welcome here. But they are welcome and we are keen to see them,

We are looking at countries like Ukraine, Moldova and possibly the Russian federation. We had officials across in Ukraine last week talking with employment agencies recruiting them. We are looking specifically at agricultural students in their gap year to come across.

We have announced a pilot scheme for non-EU workers. We have sanctioned a two-year pilot for 2,500 workers coming for a six-month stay. We know that is less than farm unions would like so we are keeping that under review.

After Brexit, what will Defra do to enable UK scientists to work with farmers to bring on discoveries in genetically edited crops?

RG: The key is that we should always be guided by science. Looking towards the future with regard to gene-editing, we do not agree with the decision of the European Court of Justice that gene-editing is the same as genetic modification.

We could be making a mistake if we cut ourselves off from that technology. In a post-Brexit scenario we should be guided by the science and we should ensure that we can introduce crops if it is safe to do so and if the science points in that direction.

It can help us increase food production, we can have crops better suited to marginal land and we can reduce our reliance on pesticides by special resistance to disease and better ability to deal with UK conditions, particularly as our climate changes.

We should ensure that we don’t cut off our agriculture from developments which could give tremendous environmental as well as food production improvements.

When will we see the pilots for the new Environmental Land Management Scheme?

RG: The pilots are under way in Wensleydale and Cambridgeshire. The Agriculture Bill gives wide-ranging powers for various schemes to be introduced. The temptation is to be very prescriptive and I don’t believe that is the way forward.

The bill lays the foundation and the framework on which we can build these schemes and we need to look at how existing environmental and stewardship schemes are working – and what we can keep, how we can reduce bureaucracy and get more engagement from wildlife trusts and other organisations that may want to engage with farmers.

We may want to have schemes covering wide areas involving a number of farmers rather than individual farmer schemes. We don’t want to be too prescriptive.

What is the Efra committee?

The Environment, Food and Rural Affairs (Efra) committee is one of the 19 select committees established by the House of Commons to scrutinise government policies and the the work of government departments.

The Efra committee chooses its own subjects of inquiry on subjects relating to agriculture and the environment. Some inquiries may last for several months and give rise to a report to parliament.

Others may simply consist of a single day’s oral evidence which the committee may publish without making a report.

The committee comprises 10 MPs from across the political spectrum. Committee chairman Neil Parish says it has influence, rather than absolute power. Although the committee can insist on the attendance of witnesses, these formal powers are rarely used.