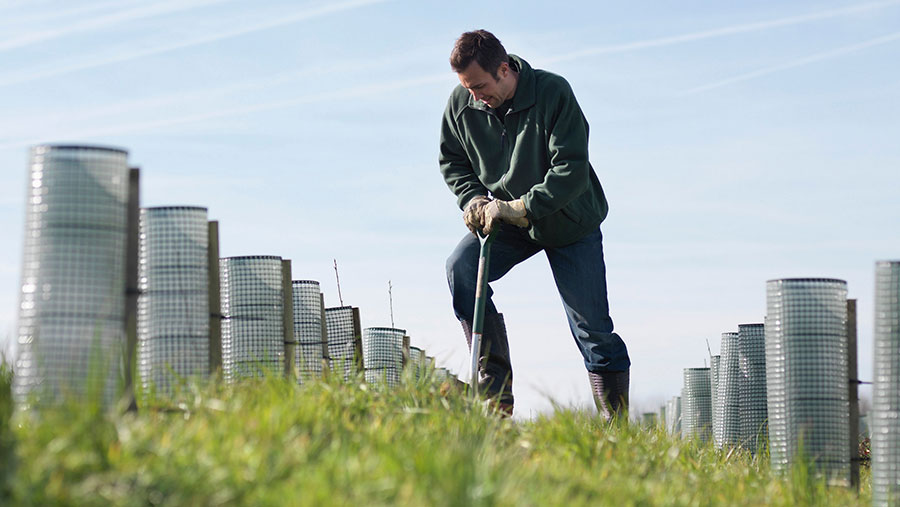 The party set out its plans for agriculture in its election manifesto, which was released on Wednesday (20 November).

If the Lib Dems were to win power, they would support the shift towards a greener agriculture by funding streams of at least £18bn over five years, or £3.6bn each year.

See also: Poll: How will you vote in the general election?

This would allocate about £400,000 more to the UK agricultural industry each year than the current CAP-funded pot under the Conservative government (£3.2bn/year).

In addition, the Lib Dems would reduce support payments for larger farmers and redistribute the savings to support public goods projects.

This would involve effective land management, including restoring nature and protecting the countryside, flood prevention, and measures to increase soil carbon and expand native woodland to combat climate change.

Other measures include: a £5bn fund for flood prevention, the planting of 60 million trees a year by 2025, investment in workable vaccines to control bovine TB, higher animal welfare standards and a budget increase for Defra and its agencies.

In its election manifesto, the Green Party says it wants to “transform our relationship with the land”.

“We want to increase the opportunities for food growing, for greening our landscape and improving our health,” it states.

“Through reforestation, rewilding and regenerative farming, we will reduce carbon emissions and realise the land’s ability to absorb carbon.”

A 10-year transition to agroecological farming will see subsidies retargeted towards systems that create more jobs and restore ecosystem health, including a move away from intensive livestock production towards organic farming and agroforestry.

As such, the party wants to plant 700 million new trees within a decade and aim for 50% of all farms to be engaged in agroforestry by 2030.

Other measures include: a reduction in pesticide use by at least 50% by overall weight by 2022, an end to the badger cull, a tax on meat and dairy to encourage plant-based diets.

The Green Party also wants to fund the replanting of hedgerows and will legislate to give farmers greater security of tenure.

The manifesto has drawn some criticism from farmers on Twitter.

Cumbrian livestock producer Colin Bateman suggested it had not been properly thought through and would amount to exporting the UK farming industry.

Third-generation farmer Mike Porter wondered what the consequences would be for UK grasslands given the planned shift away from livestock production.