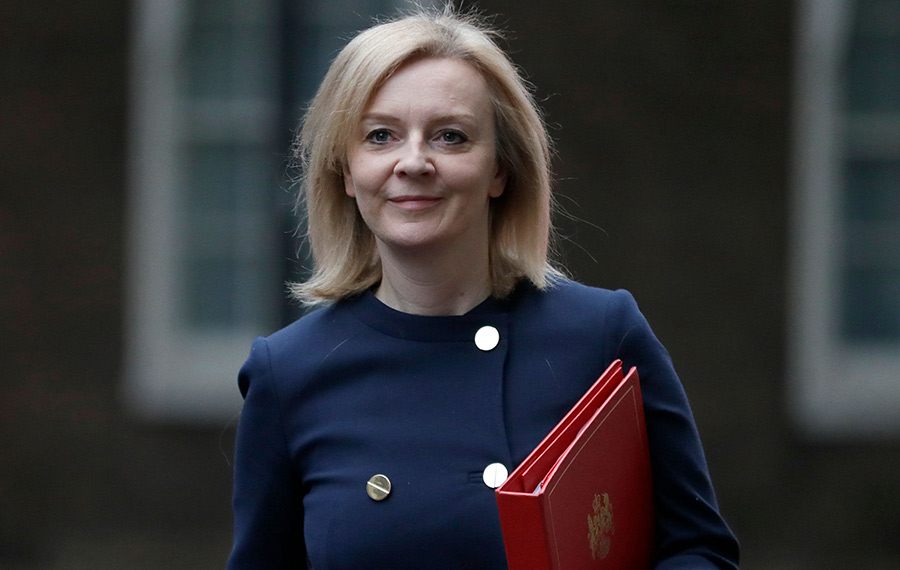 International trade secretary Liz Truss sets out her vision for a more outward-looking UK agriculture, capitalising on the opportunities the global market presents.

As an independent trading nation, the UK is opening new doors for farmers and food producers to golden opportunities.

We are now free to secure new customers worldwide, from the Americas to the Indo-Pacific, where the largest markets are to be found, and fast-growing nations are rising up the economic league tables.

We exported nearly £24bn worth of food and drink in 2019. Our exports to non-EU nations grew that year by over three times as much as exports to our European neighbours, which shows where the enormous potential lies.

It is vital, when only one in five food producers export, that many more join them in seizing the opportunities beyond our shores.

Now is the time for our farmers, and food and drink producers, to grow their businesses further through exporting.

Exports mean higher wages, productivity and high-quality jobs. That is why we are launching our Open Doors export campaign for British food and drink this week, in partnership with the NFU, the AHDB and the Food and Drink Federation.

Our plan is to drive forward an export-led and jobs-led recovery, supporting over 4m high-quality jobs in our food and drink industries.

By the end of this decade, two-in-three of the world’s middle-class consumers will be living in Asia.

Many want the finest food and drink, underpinned by high standards from food and animal welfare to the environment – exactly what British producers offer.

The Department for International Trade has been breaking down trade barriers through negotiations, as we strike deals with huge consumer markets, like Japan, to secure much more than we had before.

We will go further to level up the UK by supporting farmers in every region and nation, whether it be by pursuing deeper access in key markets for Devon’s dairy, securing official recognition for more iconic goods like Armagh Bramley Apples, or negotiating to cut tariffs on Scotch Whisky.

I want to see a long-term sustainable future for British farming, based on high standards, competitiveness and productivity, which meets the growing demand for our world-class produce.

Together, we can get British food and drink to the top of the world’s menus. We will build back better for our rural communities, with more high-paying jobs, greater prosperity and brighter futures.

By stepping through new doors, we will embrace a world rich in opportunity.

More information on the Open Doors campaign is available on the government website.