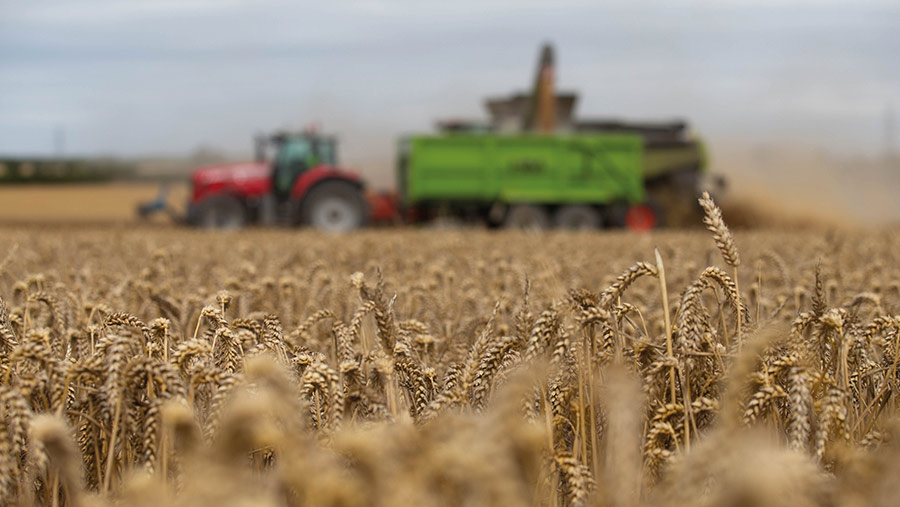 Ministers plan to ease regulations to allow researchers to develop gene-edited crops in the field to pave the way for them to be grown commercially in England.

Under current EU legislation, organisms developed by gene editing are subject to the same strict rules as genetic modification (GM).

But the government says Brexit has enabled the UK to set its own rules relating to gene editing and, as a first step, it plans to cut red tape and make research and development easier.

As agriculture is a devolved policy area, the Scottish, Welsh and Northern Irish administrations will have to decide if they want to opt in or out of the legislative changes.

The government issued its response to its own consultation on gene editing on Wednesday 29 September.

“Gene editing has the ability to harness the genetic resources that nature has provided,” said Mr Eustice.

“It is a tool that could help us tackle some of the biggest challenges we face – around food security, climate change and biodiversity loss.”

The government plans to introduce legislation by the end of the year to allow researchers to grow gene-edited crops in the field with only the requirement to notify Defra.

Under current rules, a licence must be obtained to grow these crops, costing between £5,000 and £10,000 and taking about two months to obtain permission.

The government also plans to change primary legislation in parliament to take gene-edited crops and livestock that mimic the effects of natural breeding outside of GM regulation, making it easier to authorise these crops and products to market.

This change in primary legislation would allow foods grown using gene-editing technology to be sold. However, labelling requirements still need to be decided.

Ministers also plan to relax the rules on gene editing of livestock.

The government says it will only allow gene-edited foods to be marketed if they are considered safe for human consumption and do not present a risk to the environment.

Gene editing is different from GM, as it does not result in the introduction of DNA from other species, and creates new varieties such as those that could be produced more slowly by natural breeding processes. But, currently, they are regulated in the same way as GM organisms.

For example, it could lead to the commercial production of sugar beet varieties resistant to virus yellows, which can cause yield losses of up to 50%.

The announcement on gene editing has sparked a mixed response from farming organisations and anti-GM/gene editing groups.

The NFU said new precision-breeding techniques, such as gene editing, has the potential to offer huge benefits to UK farming, the environment and the public, and will be vital in helping the industry achieve its climate change net-zero ambition.

NFU vice-president Tom Bradshaw said: “These new tools could help address pest and disease pressures on crops and farm animals, from improving animal health and welfare to increasing farmers’ resilience in the event of extreme weather events such as flooding and drought and benefitting the environment through more efficient use of resources.

“Crucially, precision-breeding technologies will also help in the development of foods with direct benefits to the public; better quality, increased nutritional value and products with a longer shelf life.”

The Rare Breeds Survival Trust warned that “meddling with animal genetics in a lab for quick results is just not comparable with the natural process of conventional breeding over many generations”.

Its chief executive, Christopher Price, said: “Plans to enable gene editing for food production must not apply to livestock.

“Rather than looking to gene-edit livestock in laboratories to enable an increasingly intensive future for UK farming, government should instead be facilitating the use of our native livestock breeds in extensive systems.”

The group said it had raised a wide range of concerns about Defra’s proposals for “dismantling” GM safeguards, but the announcement “suggests the minister [George Eustice] isn’t listening”.

GM Freeze director Liz O’Neill said: “The government wants to swap the safety net of proper public protections for a high-tech free-for-all, but our food, our farms and the natural environment deserve better.”