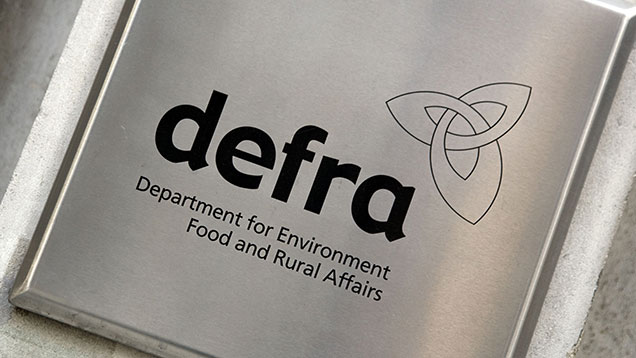 Defra has been “hollowed out” and it must “punch above its weight” to influence decision makers in other government departments and Brussels, according to a report by MPs.

The parliamentary Environment, Food and Rural Affairs (Efra) select committee published Work of the Committee: 2010-15, its review of its scrutiny of Defra over the past five years on Tuesday (24 March).

In last week’s Budget, Mr Osborne made it clear that austerity was here to stay and the Defra budget would be cut in the next parliament, whichever party is in power.

The Efra report warns that Defra is “worryingly vulnerable” to further cuts.

Therefore, firm ministerial leadership and sufficient in-house expertise is needed at the heart of the department to ensure it can deliver its priorities effectively, the report states.

Efra chairman Anne McIntosh MP said: “Defra is a small government department so must punch above its weight if it is to deliver its cross-cutting aims for the environment, rural communities and British farming, at home and in Brussels.

“Yet the department is worryingly vulnerable. Defra has not identified which specific policies and programmes will be reduced in future years, despite of repeated requests for clarity.

“Ministers must be more transparent on where emergency money, such as winter floods response funding, is found. We also need to know what the impact of cuts will be on policy delivery.”

The MPs committee commends some of Defra’s actions, such as its response to crises such as last year’s winter, the horsemeat scandal, the emergence of tree diseases such as ash dieback, and financial pressures on the dairy industry.

It was also “heartening” that its investigation on dairy prices “could lead to more robust regulation of the groceries supply chain”.

But the department is criticised for “consistent failures” to meet goals, such as missing targets to remove badgers in the pilot culls in Somerset and Gloucestershire in 2013, as part of plans to tackle bovine TB.

More specifically on bovine TB, the committee warns the government needs a policy that will “jump ahead of infection”.

“Cattle vaccination may allow it to do that in the future but for now increased biosecurity and rigorous movement controls are vital,” says the report.

“It will be no good vaccinating badgers to create a firewall against the spread of infection only for it to be compromised by movement of infected cattle.”

On rural broadband, the committee said not enough was being done to ensure “harder-to-reach” rural areas were reached.

The report says a future select committee must keep up pressure on Defra to ensure UK farmers get the best deal from Brussels out of the CAP and monitor the level of funding for flood protection.

A Defra spokesman said: “The government is delivering on its priorities of growing the economy and improving the environment.