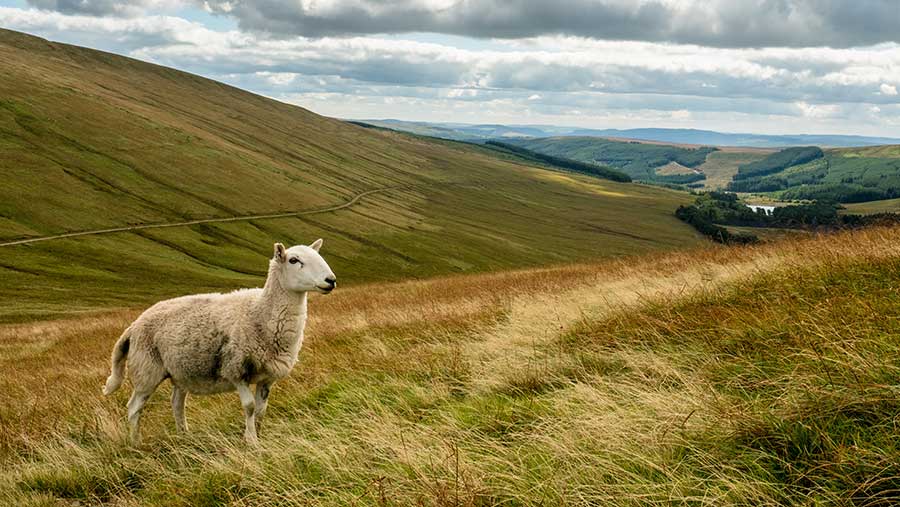 The Welsh government is being urged to support active farming and food production without cuts to the farming budget as it moves forward with its new Agriculture Bill this summer.

In what it describes as a “once-in-a-lifetime opportunity” to shape Wales’ food and farming policy, NFU Cymru says the Agriculture (Wales) Bill must include policies that help farmers produce food with levels of funding equivalent to those received now.

“From a food and farming perspective, this bill is the most important piece of legislation to go through the Senedd in its 23 years of existence,” said the union’s president, Aled Jones.

The primary legislation will be used to establish the framework for future agricultural policy and support, which in Wales will be delivered through the Sustainable Farming Scheme.

At the Senedd on Tuesday (7 June), the union presented rural affairs minister Lesley Griffiths with a document listing its “key asks” of that legislation.

Mr Jones said: “As we transition to a new scheme, we look to a framework that continues to provide stability and that targets support at the active farmer – the farming family taking the risk associated with food production and environmental management.”

In its Shaping Welsh Farming’s Future report, the union says Wales has a “social responsibility” to contribute to global food security, when food production systems in other countries are expected to face greater challenges due to climate change impacts.

“Welsh government’s policy proposals focus on intervening in the process of food production in ways that boost the delivery of environmental outcomes. This is not the same as a policy that underpins food production, the sustainable growth of the sector, or our food security,” it suggests.

“The impact of this approach on the overall quantity of food produced has not been considered.”

It also wants the bill to include policies that help to improve on-farm productivity, through investment support for farm infrastructure and technology, and support for farmers to reach net-zero agricultural emissions by 2040.

And the bill must include mechanisms to ensure levels of domestic food production are assessed, maintained and enhanced alongside climate, biodiversity and broader environmental aims.

The Welsh government will publish an outline of the Sustainable Farming Scheme in the summer before it launches the next stage of co-design.

A government spokesman said: “This forms part of an ongoing process of engagement with farmers and industry representatives, which will lead to a final consultation on the Sustainable Farming Scheme and transition in spring 2023.”

The government has given an assurance that stability payments will continue to be a feature of the Sustainable Farming Scheme “during and beyond this Senedd term”.