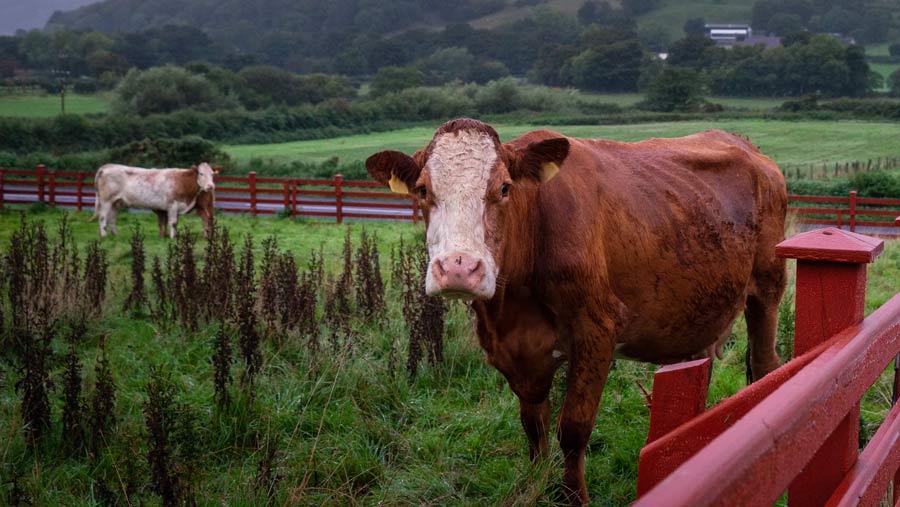 Plans for a new post-Brexit support scheme for Northern Ireland, based on a gradual transition from direct aids and headage payments towards a new “farming for nature” package, have won the backing of farmers in the province.

In a statement, Ulster Farmers’ Union (UFU) president Victor Chestnutt praised the “direction of travel” contained in a “future agricultural policy” consultation, saying it had a particular focus on active farmers and growers.

That consultation, from agriculture minister Edwin Poots, closed this week. It contained a number of ideas for future ways of supporting agriculture, including:

In its formal response, the UFU says it is crucial to maintain at least existing levels of funding, to avoid a “cliff-edge” halt to long-established policies and income streams. There must also be sufficient time for a managed transition.

“We have been reassured that the existing funding levels have been secured for the next three years, and that some extra funding is also available, which enables the introduction of the intended soil testing/Lidar [light detection and ranging] and ruminant livestock genetics schemes,” said Mr Chestnutt.

“It is, however, essential that additional funding is made available from the other related strategies such as green growth, food, peatlands, and environment to address the wider objectives.

“It is also vital that further engagement occurs to ensure that there is sufficient time for a managed transition and for new measures and schemes to be agreed and implemented.”

The UFU response in detail

Responding to some of the specific questions in the document, the UFU says it supports a basic area payment based on productivity and efficiency and linked to inflation.

“Any future support measure should be simple, realistic, attainable and targeted towards genuine active farmers,” it says.

This would help Northern Ireland and the UK maintain a level of food self-sufficiency, and reduce the need for food imports.

Any “resilience” payments should only be targeted at active farmers, it adds, and should be based on a historic reference period. It should include soil testing as one of the conditions, and pig and poultry producers should also be included.

The UFU also agrees that a progressive cap should be applied to payments over £60,000, but dismisses the idea of a minimum 10ha (4 acre) threshold.

With reference to plans for headage payments for suckler cows, the UFU says it rejects any move to set the maximum age at first calving to just 27 months in order to qualify for support – an idea intended to boost productivity.

“Many suckler farmers have experienced that, by allowing the beef-bred heifer to mature to around 30-33 months, they have found it easier to get the cow back in calf the second time,” says the response.

“Another important point is that native/traditional breeds like Belted Galloway, Galloway, Highland, Irish Moile, Shorthorn and Speckle Park tend not to reach maturity until later.”

The UFU says it “partially agrees” with the idea of introducing a quota for suckler cow payments, but needs more details.

Similarly, suggestions that headage payments for slaughter cattle under the “beef transformation measure” should be limited to animals killed at 24 months or less, to reduce carbon emissions, is only partly supported.

“There are many upland and hill farms producing very sustainable and environmentally friendly beef with minimal concentrate and antibiotics at an older age than 24 months,” it notes.

Any payments should only be available for animals born and bred in Northern Ireland.

The UFU response says the lack of any proposal for a headage payment for sheep came as a “great shock”.

The UFU has welcomed the drive to ensure the environment becomes a “profit centre” in its own right and has expressed support for an outcome-based approach.

“But the document mentions ‘activity-based prescription’ and the UFU would have concerns that this will result in the same lack of flexibility that has been the scourge of all previous agri-environment schemes,” says the submission.

“The inability of the NI Environment Agency to work with farmers, particularly around sensitive habitats, must change going forward, otherwise farmers will continue to refuse to participate in such schemes.”

Any future agri-environmental schemes should only be open to active farmers, it adds.

“It is not acceptable for landowners to be able to access this funding, as this will result in large amounts of funding moving away from the farming community.”