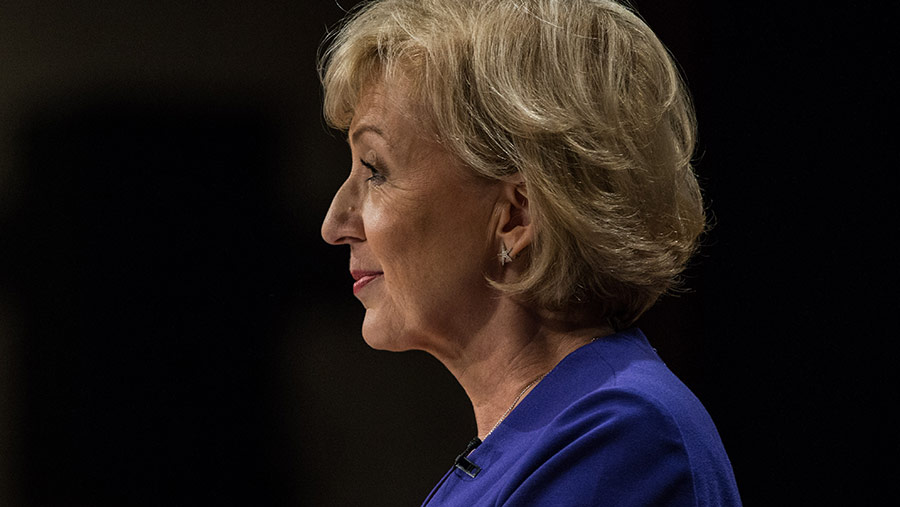 Defra secretary Andrea Leadsom has pledged to scrap European rules on how many crops farmers must grow after the UK leaves the EU.

The so-called “three-crop rule” requires certain farmers to grow a diverse range of at least three crops in return for annual subsidy payments from Brussels.

Mrs Leadsom said the rule would be abolished after the UK left the EU as Defra embarked on a drive to slash the amount of bureaucracy faced by farmers.

In a keynote speech at the Oxford Farming Conference on Wednesday (4 January), Mrs Leadsom claimed EU regulation was weighing down farmers in mountains of paperwork.

“For too long, a bureaucratic system which tries to meet the needs of 28 countries has held farmers back,” she told conference delegates at the Oxford Examination Schools.

“But now, leaving the EU means we can focus on what works best for the United Kingdom.”

Defra estimates that dealing with red tape and farm inspections costs the industry £5m a year and the loss of 300,000 hours.

Mrs Leadsom said the government would consult the industry later this year on areas they would like to see reformed – and how a different approach could be applied.

Mrs Leadsom added: “My priority will be common sense rules that work for the United Kingdom.”

The three-crop rule – one of a number of EU environmental or CAP “greening” measures – was described by the NFU as utter madness ahead of its introduction in 2015.

The union and other farming organisations have repeatedly called for the rule to be scrapped – and simplifying CAP rules is expected to be the subject of an EU consultation this year.

Farmers are required to meet greening requirements to qualify for their full Basic Payment Scheme subsidy payment from Brussels.

It has forced some growers to change farming practices and plant less profitable crops in order to qualify for full subsidy payments.

Defra estimates that 40,000 farmers have been affected by the rule.