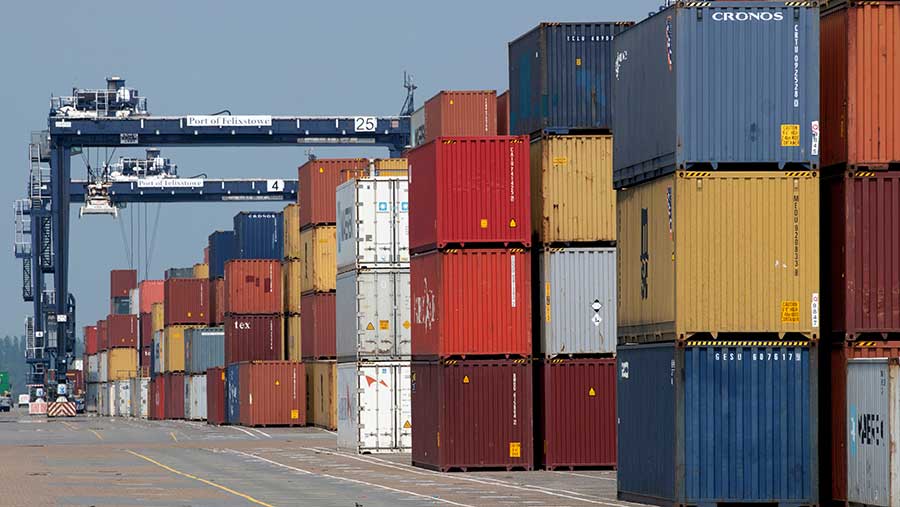 MPs are being urged to press the government on how it will ensure British farmers are not undermined by a flood of substandard food imports, as the new Trade Bill begins its passage through parliament.

The NFU wants the government to establish a special commission to scrutinise policy and ensure all food imports are produced to the same standards as those met by British farmers.

The demand comes after MPs rejected an amendment to the Agriculture Bill last week that would have required food imports in any future trade deal to meet UK production standards.

NFU president Minette Batters said: “As the Trade Bill is debated for the first time in the House of Commons today (20 May), I ask MPs to consider one thing – where do they see the UK on the global stage?

“For food and farming, we have the potential to be at the very top. But we need a trade policy that safeguards our farmers and British food production from the damaging impact of importing food that would be illegal to produce here.

“Failure to do this would undermine our values of animal welfare, environmental protection and food safety – all of which are incredibly important to the public.”

A trade and standards commission would help address the many complex challenges in ensuring UK production standards were safeguarded within future trade policies, Mrs Batters said.

Trade policy must reflect the moral responsibility to protect the natural environment, animal welfare and a more sustainable, climate-friendly way of farming and food production, she added.

“These are issues that cannot be wished away or presumed dealt with by brief pledges in a manifesto or verbal assurances in media interviews.”

Urging MPs to speak up for British agriculture, Ms Batters said it was a make or break opportunity for the UK to become a global leader in climate-friendly farming.

“Neither farmers nor the public want to see that ambition fall by the wayside because our trade policy does not hold food imports to the same standards as are expected of our own farmers,” she said.

On Tuesday (19 May), the government said it would maintain import tariffs on agricultural products including lamb, beef, and poultry to protect British farmers.

The new global tariff regime will replace the EU’s common external tariff after the Brexit transition period ends on 31 December 2020.

International trade secretary Liz Truss said tariffs would be maintained on a number of products in different sectors – backing farming, fishing and the UK automotive industry.

“Our new global tariff will benefit UK consumers and households by cutting red tape and reducing the cost of thousands of everyday products,” she said.

The decision was given a cautious welcome in a joint statement by the NFU, NFU Scotland, NFU Cymru and the Ulster Farmers Union.

The UK’s four main farming unions said the tariff schedule was particularly important in fulfilling the government’s commitment not to undermine UK food and farming standards.

But they also said it was worth remembering that these tariffs were likely to be negotiated away as part of any individual trade deals that would be struck in the coming months.

The unions said this meant those deals must include strong provisions ensuring any food imports were produced to the same standards required of UK farmers.

“Although the overall position appears to support UK farmers, we need to examine and fully consider all the implications of the simplifications involved,” the statement said.