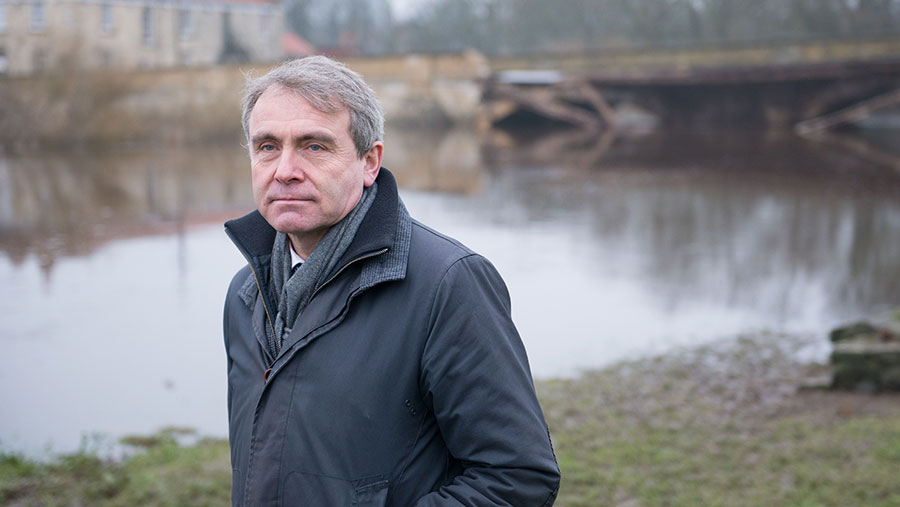 Mr Goodwill, who represents the Scarborough and Whitby constituency, is a former regional chairman of the NFU’s cereals and livestock committee.

A Newcastle University agricultural graduate farming 100ha near Malton, Mr Goodwill is a Eurosceptic – but voted “remain” in the 2016 referendum.

Alongside his farm business, he helps run an environmentally friendly cemetery offering “green burials” at Terrington, near York.

With just three weeks before the UK is due to leave the EU on 29 March, NFU president Minette Batters said she would be seeking an early meeting with Mr Goodwill.

“This is a pivotal time for British farming,” said Ms Batters.

“The Agriculture Bill currently going through parliament presents an opportunity to shape agricultural policy for generations to come.

“I will be stressing to the minister the importance of having food production at the heart of this new policy, alongside measures to protect and enhance our cherished countryside.”

Robert Goodwill’s refusal to accept the need for an agricultural workers scheme when he was immigration minister suggests farmers won’t have it all their own way with him at Defra.

As is customary with a new minister, industry leaders this week publicly welcomed Mr Goodwill’s appointment. But his tenure at the Home Office from 2016-17 indicates there will be battles ahead.

The NFU lobbied Mr Goodwill repeatedly during 2016 and 2017 for the introduction of a seasonal workers scheme to fill a farm labour shortage in UK agriculture.

It argued that the number of seasonal workers required by horticulture sector would rise from 85,000 to 95,000 people by 2020.

But Mr Goodwill rejected the idea, insisting the argument wasn’t supported by the statistics.

It took until September 2018 – more than a year after he left the Home Office – for the government to announce a pilot scheme would finally go ahead – bringing 2,500 overseas workers to British farms after the UK leaves the EU.

Calling last year for a new approach “promoting positive action” in the countryside, Mr Goodwill said he supported the government’s decision to phase out direct payments after Brexit.

The CAP had favoured large conglomerates over the small-scale family farm – and incentivised oversupply and inefficiency, he claimed.

It had also created a culture of dependency on EU handouts, said Mr Goodwill.

“The top 10% of recipients receive almost half the total payments, while the bottom 20% in some of our most marginal areas such as the North Yorkshire Moors receive just 2%.

“This unfairly rewards the largest landowners and discourages new entrants to farming.”

Mr Goodwill said the government’s Agriculture Bill was a “positive step forward” and heralded a transition to funding for a new way of supporting British farmers.

It would fund technologies for improved environmental benefits, new methods to boost productivity and new research projects to help the farmers of the future, regardless of farm size.

“Advancing these areas is essential to help British agriculture respond positively to the challenges we face surrounding climate change, food security and resource protection,” he said.

“This should, in turn, lead to a reduction in our environmental footprint – as well as help British farmers become more profitable.”

He supports badger culling as a means of controlling bovine TB and has voted twice in favour of the government’s policy to eradicate the disease.

Mr Goodwill will also be responsible for Defra’s policies in relation to better regulation, fisheries, science and innovation.

He has previously spoken in support of the biofuel industry, saying it benefits the environment as well as farmers.