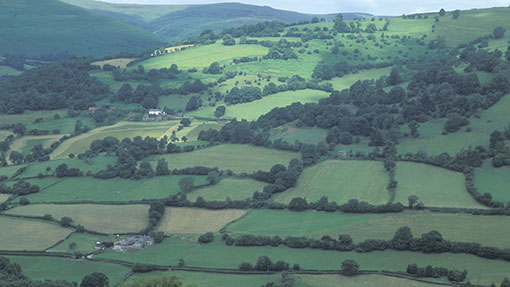 A breakaway British farming union will stage a protest against DEFRA and the NFU amid claims small-scale producers are being marginalised.

The Land Workers’ Alliance (LWA) is a coalition of small-scale producers who believe their views are not represented by the NFU, or recognised by DEFRA.

They claim big business has a “stranglehold over agricultural policy” at the expense of small-scale farmers.

Under the leadership of Owen Paterson, over the past two years, DEFRA has “strengthened its support of large-scale industrial agriculture and marginalised smaller producers”, the LWA said.

The group added that the NFU had “consistently lobbied for the interests of agribusiness and ignored the views of smaller farmers”.

The new alliance, which has 150 members will protest outside the DEFRA and NFU offices in Smith Square, London, from 12pm Thursday (17 April).

During the protest, the LWA will place two giant scarecrows on the pavement outside the offices one with the head of Owen Patterson, the other representing the NFU leadership. There will also be a farmers’ market stall to demonstrate the productivity of its members.

LWA spokesman Ed Hamer, who farms 3ha in Devon devoted to “ecological vegetable production”, said: “DEFRA needs to recognise the role of small-scale producers in contributing to the national food economy, as well as the environmental and social services provided by these producers.

“As a matter of urgency we demand that DEFRA create policies conducive to a sustainable food future for all.”

The LWA is an official member of the international countryside farming movement La Via Campesina, which represents 200m small-scale producers around the world.

“As a matter of urgency we demand that DEFRA create policies conducive to a sustainable food future for all.”
Ed Hamer, Land Workers’ Alliance spokesman

La Via Campesina defends small-scale sustainable farming and is opposed to GM food production and big global agribusiness companies such as Monsanto.

It campaigns for the rights of small-scale producers and lobbies the UK government and European parliament for policies that support the infrastructure and markets central to their livelihoods.

The Scottish Crofting Association is the only other small-scale food producer group affiliated to La Via Campesina in the UK.

A DEFRA spokeswoman said: “We appreciate the role that smallholders play in supporting the rural economy and agriculture, and they are able to apply for Pillar 2 agri-environment and other rural development schemes.

“However, a 5ha threshold for Pillar 1 direct payments is fair to taxpayers and excludes less than 1% of agricultural land.”

She added that about 60% of holdings under 5ha were not farmed for commercial purposes, and were often hobby farms or farms with pets.

She pointed out that a minimum claim size of 5ha will exclude less than 1% of agricultural land, but the number of claims processed by the RPA would reduce by 16,000, or 15%.

“In the context of a shrinking CAP budget, it is difficult to justify why taxpayers should fund this corps of applicants.”

The NFU said it would be commenting on the planned protest against the union later on Monday (14 April).