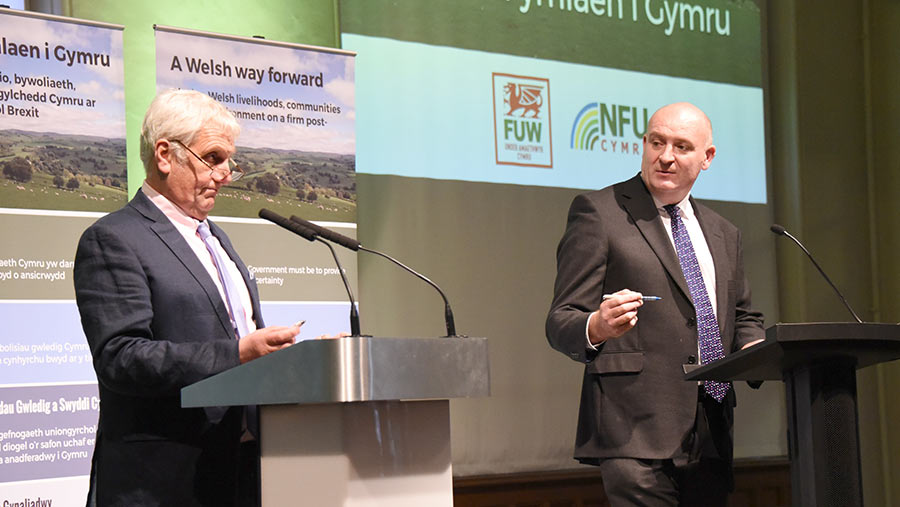 A hard-line approach to axing direct farm payments in Wales has come under fire after it emerged that policymakers had failed to gather evidence on the financial consequences for farm businesses and the wider rural economy.

A week before the Welsh government’s consultation on reforming agricultural support closes, farm unions have criticised what they say is a lack of evidence supporting changes set out in the “Brexit and Our Land” document.

During a joint briefing in Cardiff on Wednesday (24 October), NFU Cymru and the Farmers’ Union of Wales said it was unacceptable that the government had not commissioned an impact assessment on the financial consequences of ending the Basic Payment Scheme (BPS).

“We have nothing against reform, but this cannot happen if the likely financial impact of change has not been properly assessed,” FUW president Glyn Roberts insisted.

“Both unions asked for modelling work to be done two years ago and, had that been done, we would be in a much better position than we are now.”

Mr Roberts and NFU president John Davies said they would raise this issue when they meet rural affairs secretary Lesley Griffiths in Cardiff Bay this week.

Ms Griffiths has indicated a willingness to consider extending the five-year transition period from the BPS to new schemes proposed in the document.

But in response, Mr Davies said: “What is important here is not the transition period but what we are transitioning to. We are in a period of consultation, nothing is a done deal, and we are treating it as such.”

The unions remain firmly at odds with the government’s hardline stance that ending BPS payments is non-negotiable.

They insist that abandoning direct support at a time when key competitors had no intention of doing the same would cause “irreparable damage” to the Welsh economy, environment, landscape, language and culture.

But they acknowledge that improvements could be made to the current BPS, specifically that payments should be for “active” farmers only.

Following an intensive series of meetings with members across Wales, the unions said farmers, as well as vets, hauliers, livestock feed companies and others who rely on agriculture to make their living, had responded in large numbers to the consultation.

This, the unions suggested, reflected the level of concern for the future.

They urged farmers who had not yet penned their responses to make this a priority this week.

“Members have paid their membership and trusted that the unions will respond for them, but the way consultations now run very much takes into account the numbers that respond,” said Mr Davies.

The consultation, which can be found on the Welsh government website (PDF) closes on October 30.